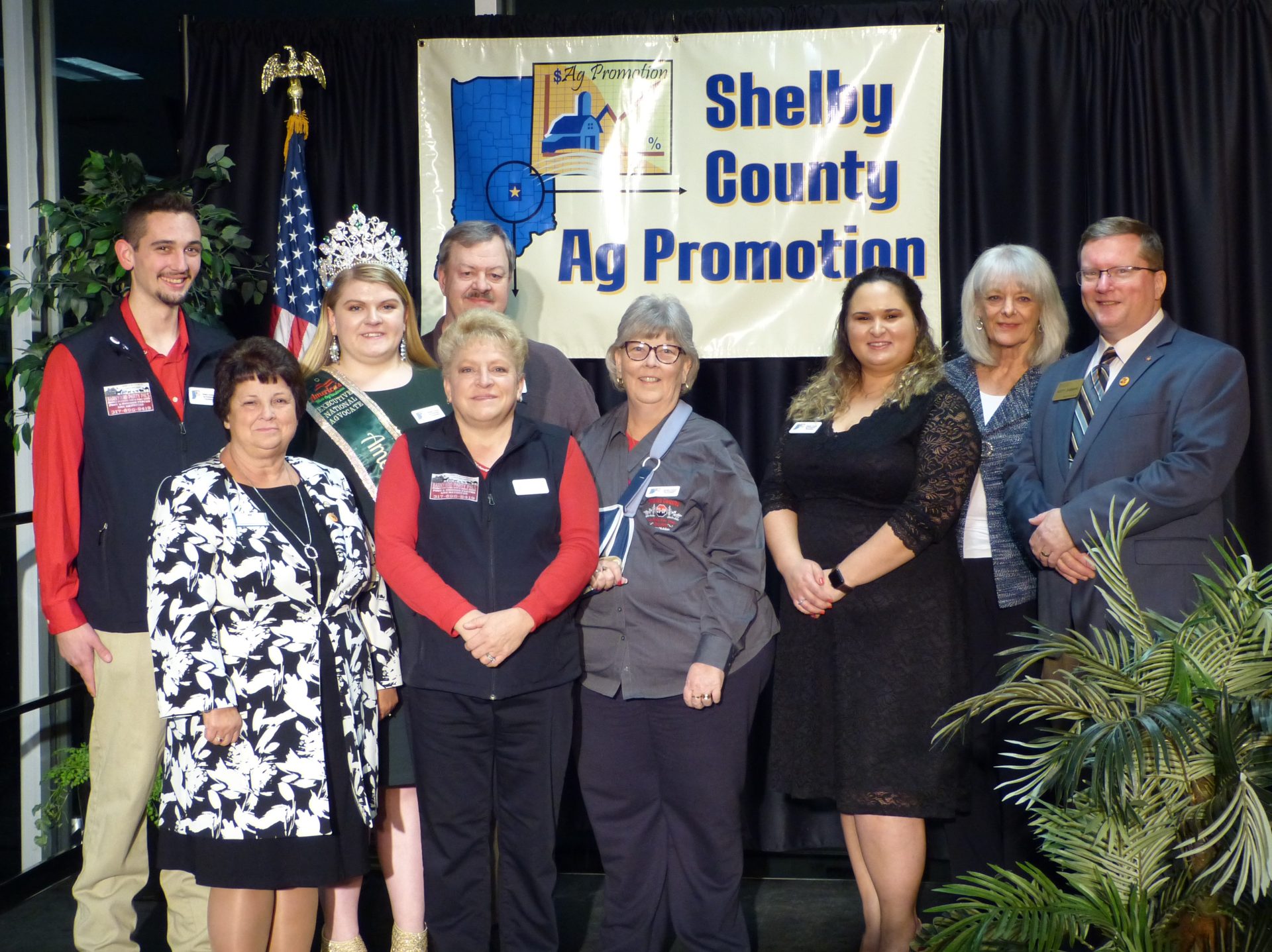 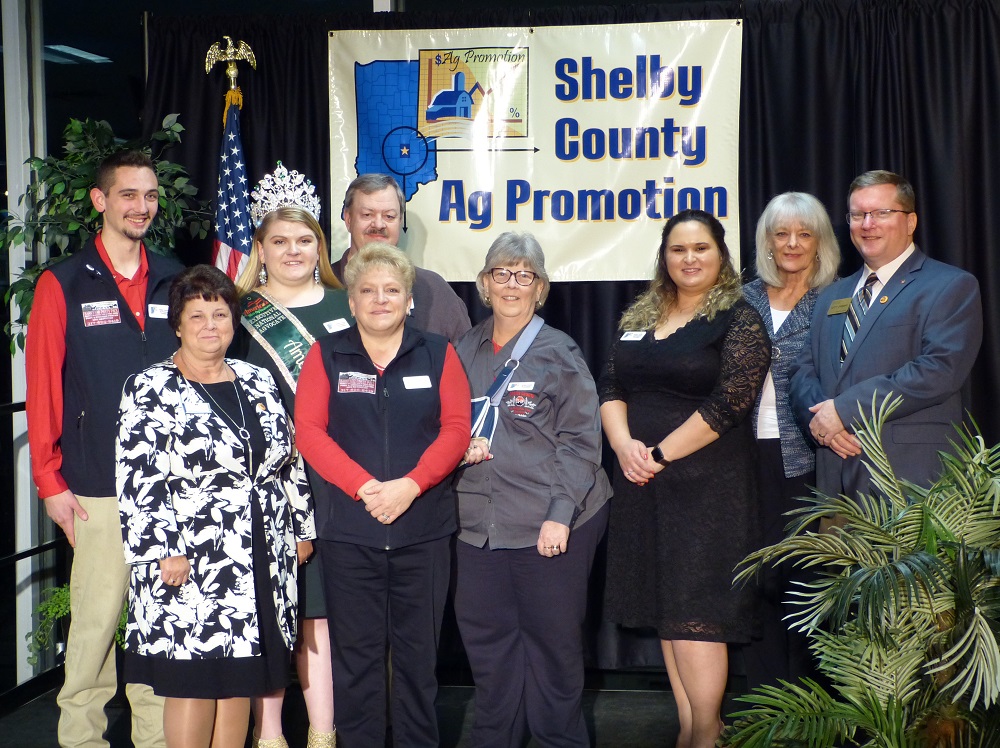 The Shelby County Ag Promotion Committee started with a group of Shelby County farmers meeting for an annual Ag Day breakfast and other activities many years ago.  Over time that group has evolved into a unique non-profit organization promoting farms and ag businesses throughout the county.

“As far as we know, we’re the only [organization of its kind] in the State of Indiana,” says Jennifer Thopy, who serves as co-president of the Shelby County Ag Promotion along with her husband Troy.

“Almost 20 years ago, a group wanted to go a different direction and intentionally make it to showcase agriculture as business in our community, making critical contributions to our community and not just undeveloped ground outside of a town’s or city’s limits,” says Scott Gabbard, a member of the committee and county extension director of the Shelby County Extension Office.

That event has grown into an annual fundraiser called, “A Taste of Shelby County Agriculture”, which was held at the Horseshoe Indianapolis casino and racetrack in Shelbyville on March 2 and has been held at the horseracing facility since it first opened as Indiana Downs in 2003. 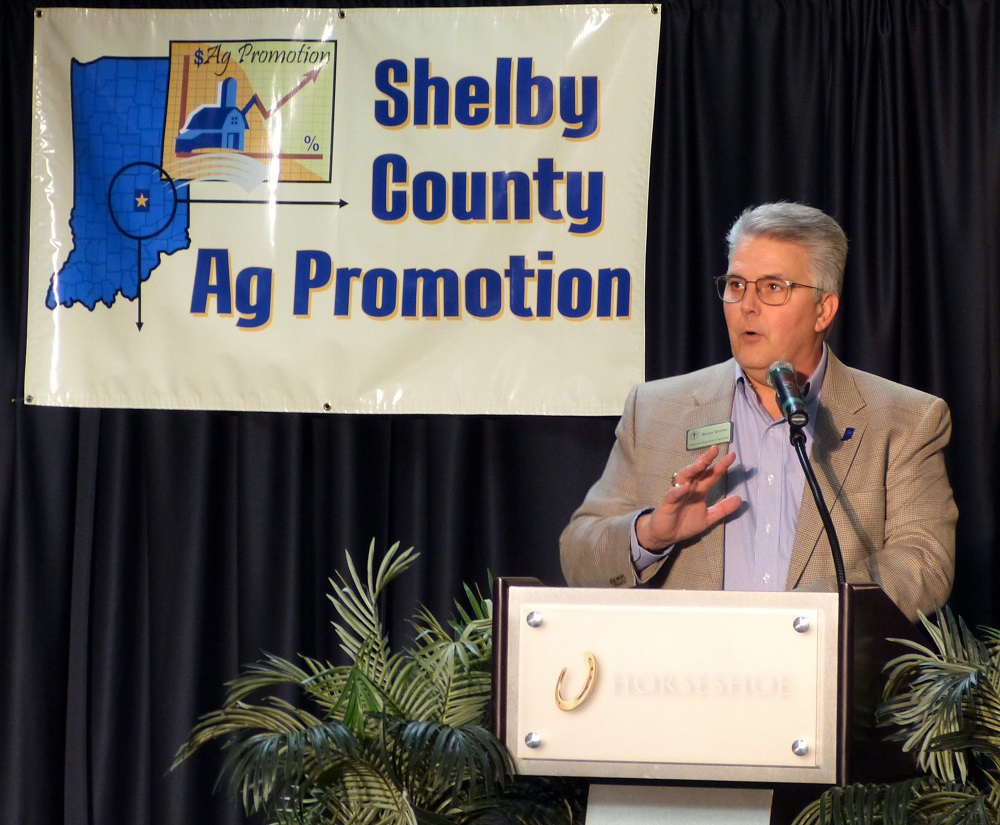 “That is why we have the mixer, encourage booths and try to set it up so that agribusinesses and their supporters meet and great with their clientele while at the same time using those funds raised to continue to support initiatives in the community that raise the awareness and education about what it takes to put food on the table, fuel in your tank and clothes on your back,” says Gabbard.

The Shelby County Ag Promotion uses the money raised by the event to fund scholarships for high school seniors, as well as a continuing education scholarship for adults.  Members of the organization also teach ag safety programs for 4th graders at schools across the county.

“We made ours a 501(c)3 for fiduciary oversight baked in. There are other non-profits [like ours] of course but I think it’s fairly unique in its mission and scope,” according to Gabbard.