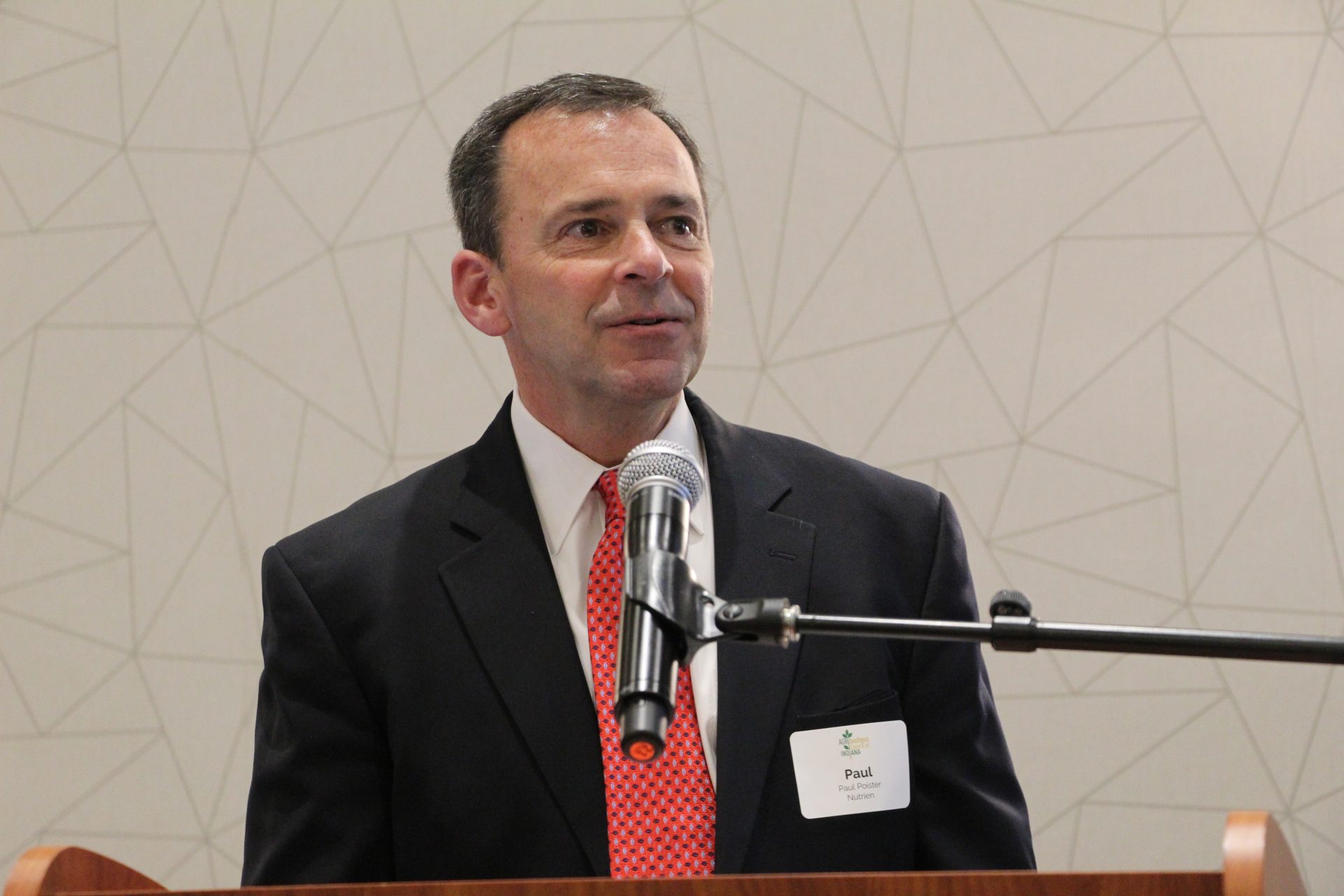 Paul Poister, Manager of Government & Industry Affairs for Nutrien and policy committee chair for the Agribusiness Council of Indiana.

The Agribusiness Council of Indiana held their annual meeting on Monday in Indianapolis in conjunction with their Statehouse Day. ACI hosted a lunch for their members and legislators at the Indiana Statehouse.

“It’s important that ACI and our members have the opportunity during the legislative session to interact with our elected officials,” says Paul Poister, Manager of Government & Industry Affairs for Nutrien and ACI’s policy committee chair. “To say thank you for their support for Indiana agribusiness and to remind them that some of the issues that are going to come before them here in the closing weeks of the session will impact agriculture across the state and serve as a resource for them when those issues come before them.”

Poister says ACI is following many pieces of legislation this session including the seed testing bill that we’ve told you about in recent days, environmental issues, tax issues for businesses, and other ag related bills, including Senate Bill 388 authored by Sen. Mark Messmer. This bill would prohibit a foreign business entity from acquiring agricultural land after July 1.

“There are number of legislators that are looking at the entire issue of a foreign ownership of Indiana ag lands and that’s concerning, for good reason, because Indiana’s ag economy is reliant upon Indiana’s ag lands and for, in this case, companies from overseas or other entities to come in, purchase those lands, and then take them out of production isn’t good for any of us in Indiana. So, where that bill goes from here, we’re not quite sure. It’s an important issue and what we’re going to follow over the next few weeks.”

Poister says that by and large, our state legislature is so supportive of agriculture and agribusiness in Indiana. Monday’s luncheon was primarily a chance to say thank you and express appreciation for that support.