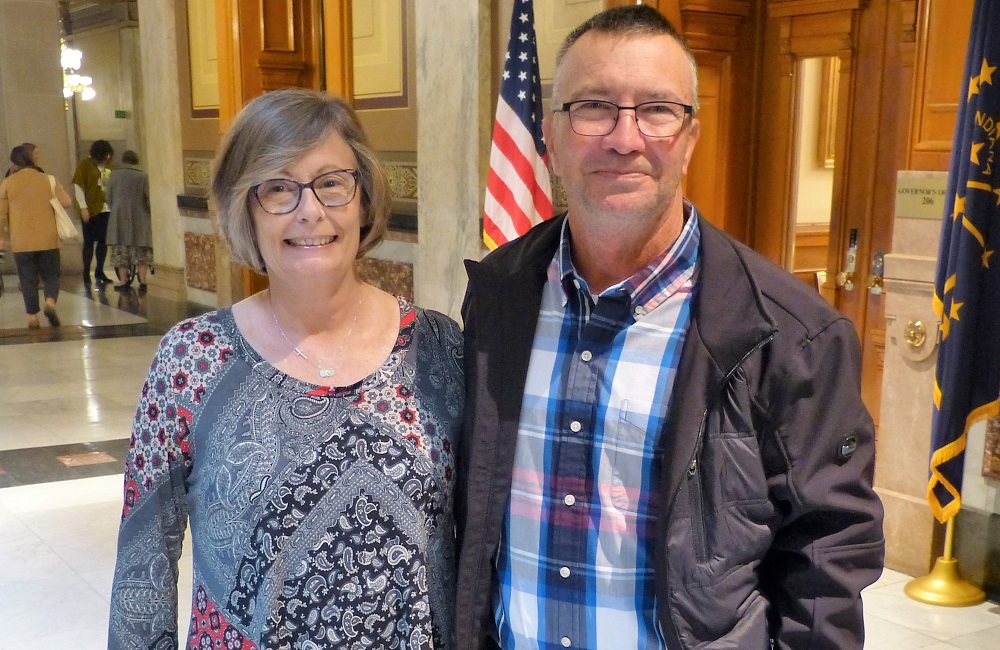 When it comes to rising costs of fertilizer and fuel, as well as supply-chain issues, Bartholomew County farmer Tim Kreinhagen says it’s created added stress as he prepares for planting season.

“[It’s] really scary.  I don’t know, I still don’t have everything decided on what I’m going to do,” says Kreinhagen.

Kreinhagen farms about 350 acres south of Columbus near the town of Ogilville.

He is one of many generations of Kreinhagen family members, including his late father Dallas, who have farmed on the same property since 1839.  He and his family received the Hoosier Homestead Sesquicentennial Award on Apr. 1 at the Indiana Statehouse.

One decision that Kreinhagen is having to make is whether to purchase fertilizer, even though the cost has skyrocketed over the past two years.

“I was looking at the prices [and] I thought, wow, if this is how high they are, I’m not going to do it.  But, I keep thinking where am I going to cut costs or cut corners.”

He says market prices are also affecting his decisions on planting.

“Sometimes I think I’m going to raise more soybeans, but we’re in it for the long haul anyway.”

Kreinhagen says another problem he and his family have been facing is finding replacement parts for their farm equipment due to ongoing supply chain issues.

“We’re doing an overall on a tractor and I’ve had a hard time getting the parts,” according to Kreinhagen.  “From all over the Midwest, we ended up getting parts, just pistons and sleeves, and [we] got some here from our local dealer.  I have a friend in Iowa that tracked one down for me.  It’s been a real challenge.”

Kreinhagen also says farming has become a lot more stressful today than when he first started farming with his family in the 1970’s.

“When I was young everything was fun.  Now [there’s] a little lot more stress involved.   I sometimes don’t know if we were any better off 50 years ago than we are today except we probably raise a lot more product.”

Kreinhagen says he grateful for having insurance protection.

“All we do anymore is handle lots of money.  I’m glad we have insurance.  That helps you sleep at night.  We’re in Indiana, every year it’s going to be a challenge.”

Click BELOW to hear C.J. Miller’s report and conversation with Bartholomew County farmer Tim Kreinhagen as he talks about the challenges he has faced ahead of planting season. 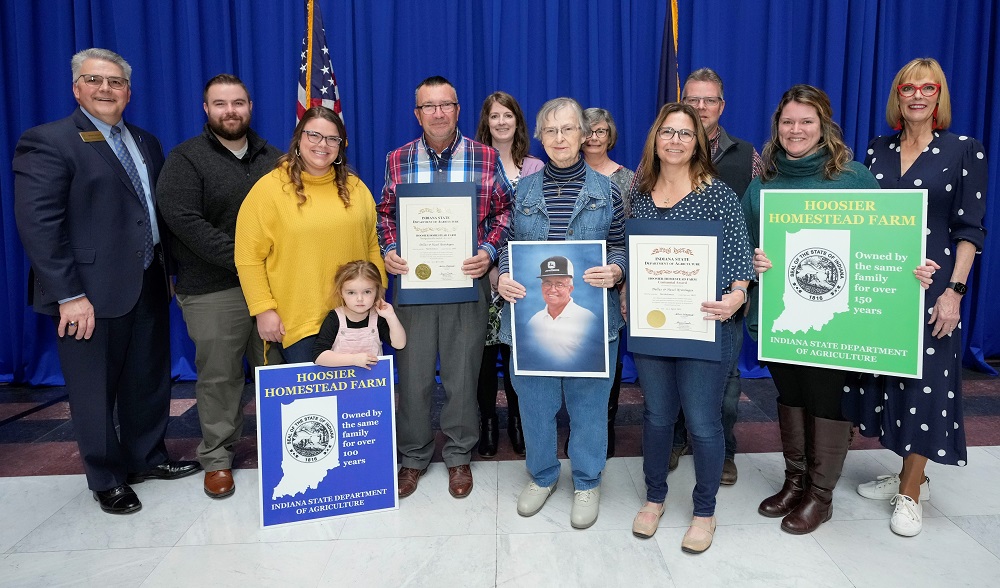 The Kreinhagen family of Bartholomew County receiving the Hoosier Homestead Sesquicentennial Award at the Indiana Statehouse on Friday, April 1, 2022. (Photo courtesy of the Indiana State Department of Agriculture.)