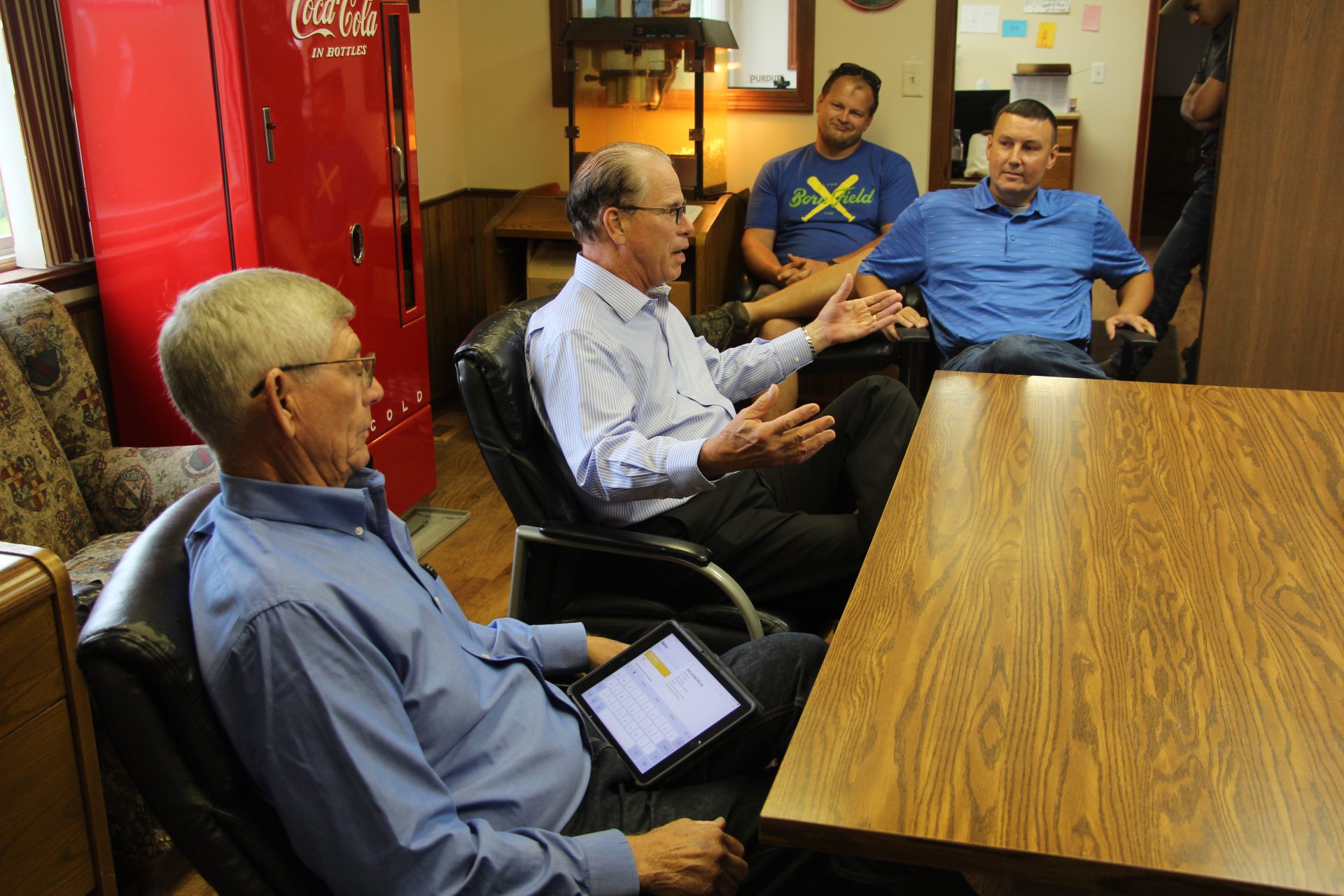 “It’s nice to see that somebody from Washington, D.C. does understand some of the challenges we’re facing,” explained Tippecanoe County farmer Brent Bible after hosting U.S. Senator Mike Braun on his farm last week. Braun sat with farmers to discuss the top issues they’re facing in the ag industry today.

“We see a lot of higher input prices,” Bible continued. “Particularly when it comes to fertilizer and fuels, somewhat with chemicals and seed as well, but really fertilizer and fuel have been a challenge for us this year. Not only the price on them, but in some instances availability.”

And Braun, a Republican member of the Senate Ag Committee, told Hoosier Ag Today that farmers are facing their usual obstacles, like weather, but now other obstacles as well.

“Will prices be there to offset the increase in inputs? And then when you just look at inflation, which everybody’s wrestling with. That’s not just in the farming community. That’s in any household or business, largely created by policies the came from D.C.”

When asked about the upcoming 2023 Farm Bill, Braun says he wishes they would have begun the process far sooner in the Senate. He now believes they will likely follow the lead of the House and make adjustments to their version of the bill.

When asked if partisan politics could get in the way of a Farm Bill getting done, Braun said, “I don’t think it’ll get down to a squabble. If that happens, you’ve then just taken the most bipartisan committee and even let that leach into it…I just don’t think it’s going to happen this year.”