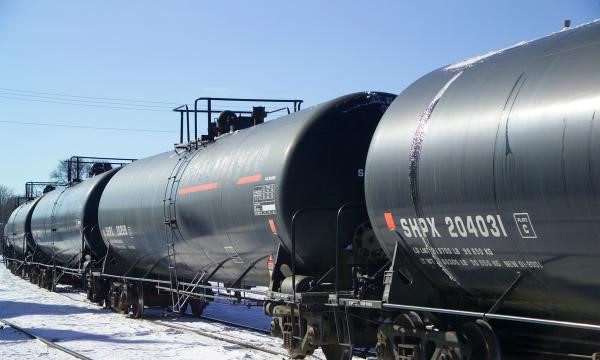 Canadian Pacific Railway (CP Rail) is shut down because of a labor dispute. According to the AP, the Teamsters Canada Rail Conference (TCRC) and CP Rail did not reach a deal by midnight Sunday.

Negotiations between the two parties are over higher pension caps and increased benefits and wages.

CP Rail transports roughly 70 percent of potash made in North America, as well as urea, phosphate and anhydrous ammonia. With planting season right around the corner, a long interruption could aggravate an already strained fertilizer supply chain.

“It is never a good time to have a stoppage at one of U.S. agriculture’s key rail service providers, but it is particularly inopportune given the global supply chain challenges that continue to plague the global economy. The current war in Ukraine is placing additional pressure on delivering U.S. agricultural production and inputs, particularly fertilizer. A shut down in operations at Canadian Pacific will certainly compound that stress. We encourage both parties to continue negotiations and arrive at an agreement that will result in a quick resumption of service.”

According to a news release from TCRC, the Teamsters Union wanted to continue to bargain, but CP Rail “chose to put the Canadian supply chain and tens of thousands of jobs at risk.”

“We are very disappointed with this turn of events,” said Dave Fulton, TCRC spokesperson at the bargaining table. “Canadian Pacific management must be taken to task for this situation. They set the deadline for a lockout to happen tonight, when we were willing to pursue negotiations. Even more so, they then moved the goalpost when it came time to discuss the terms of final and binding arbitration.”

However, CP Rail says the breakdown of talks was initiated by the TCRC.

“We are deeply disappointed that, in the final hours before a legal strike or lockout was to potentially occur, the TCRC Negotiating Committee failed to respond to the company’s latest offer that was presented to them by the federal mediators,” said Keith Creel, CP President and Chief Executive Officer. “Instead, the TCRC opted to withdraw their services before the deadline for a strike or lockout could legally take place. The TCRC is well aware of the damage this reckless action will cause to the Canadian supply chain.”

According to the AP, CP Rail and the Teamsters Union have been negotiating since September.