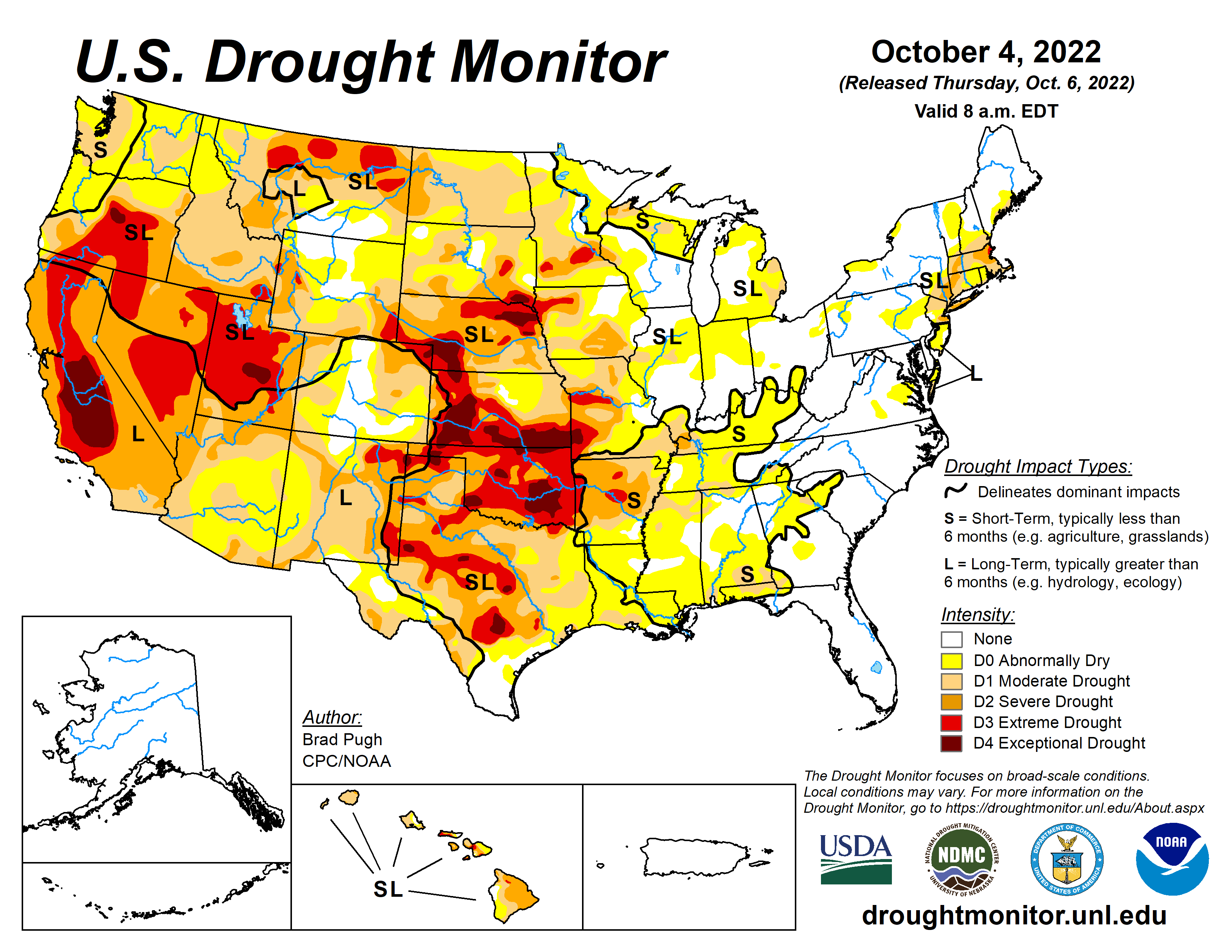 Drought intensified in many of the nation’s top corn-growing states during the past week. Nationally, 321.6 million acres of crops are experiencing some level of drought, while more than 31 million beef cattle across the country are living with drought.

The latest drought monitor map shows a pocket of D2 severe drought emerging in Illinois with poor crop conditions and low hay yield in that region.

While drought conditions in Texas have improved recently, pockets of D4 exceptional drought are still present in one percent of the state. D3 extreme drought covers 12 percent of Texas.