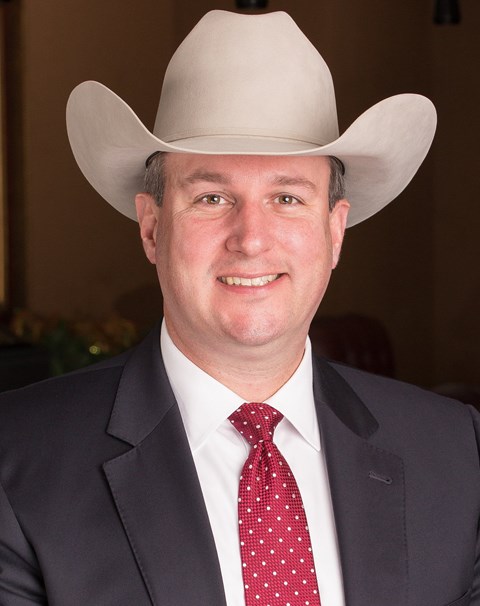 This op-ed by NCBA CEO Colin Woodall is offered as a response to recent comments by tech mogul Bill Gates, suggesting that consumers in wealthy nations should switch to “synthetic beef” as an alternative to real beef products.

Tech billionaire Bill Gates continues to tout the consumption of “synthetic beef” in “rich countries” as a solution to climate change. That’s nice for the billionaires of the world, but his recommendation ignores reality. Beef production in the United States is sustainable and becoming increasingly so over time. Today, just 2 percent of total U.S. greenhouse gas emissions come from beef cattle production. That’s far less than sectors such as energy production or transportation, which produce a combined 54 percent of U.S. greenhouse gas emissions, according to the U.S. Environmental Protection Agency.

If Gates were truly interested in altering the path of climate change, one might think he would focus his time and limitless wealth on reducing emissions from the energy or transport sectors, but he is not. Instead, Gates chooses to focus on beef production because, in truth, he is heavily invested in the same fake meat companies he’s promoting. So, it’s not surprising he continues to push an agenda that would replace real beef with protein alternatives in “rich countries.” He has even gone so far as to claim that perhaps a government mandate is the best way to get consumers to eat their dose of fake meat.

What Gates fails to disclose is that the reality of fake meat is far different from the utopian fantasy he is selling. Even in “rich countries” like the United States, there is a vast disparity between people like Gates, and everyone else. In every community across the nation, there are people facing economic hardship, many of whom don’t get enough to eat and often lack access to affordable sources of protein. Limiting their options or mandating expensive fake meat, as Gates suggests, is typical of his elitist thinking.

Worse yet, the fake meat that Gates promotes is heavily processed, high in sodium and more expensive than real beef. It solves none of the nutritional problems facing consumers. Fake meat also fails on the environmental front. Recent studies show the true impact of fake meat production is far greater than Gates might be willing to admit. It requires massive amounts of electricity to incubate the product in the lab and these same companies that claim to be bettering the planet are often sending large quantities of plastic and other materials to landfills as a by-product of the manufacturing process.

In contrast to the fake meat factories that Gates and other tech moguls are funding, real beef is produced on more than 800,000 farms and ranches in communities across the United States. More than 90 percent of those farms and ranches are family-owned and operated. These family farms and ranches offer real benefits that are helping to mitigate climate change. Farms and ranches provide wildlife habitat on grasslands that remove carbon from the atmosphere and store it in the soil. Those same grasslands also help lower global temperatures because they act as a heat sink, absorbing heat, in contrast to cities that reflect heat back into the atmosphere from glass, steel and asphalt surfaces. Concrete jungles will ultimately replace open space if Gates successfully replaces beef with fake meat, either through marketing or by mandate.

The companies that manufacture fake meat products want you to believe they have solutions when what they truly offer is an empty sales pitch and an inferior product. Fake meat, and those who sell it, aren’t interested in solving climate problems. Instead, Gates and the companies that promote fake meat are simply another group of corporate interests chasing profitability. The next time you hear Bill Gates or his disciples recommend an expensive imitation of beef, ask yourself who benefits most from such suggestions.