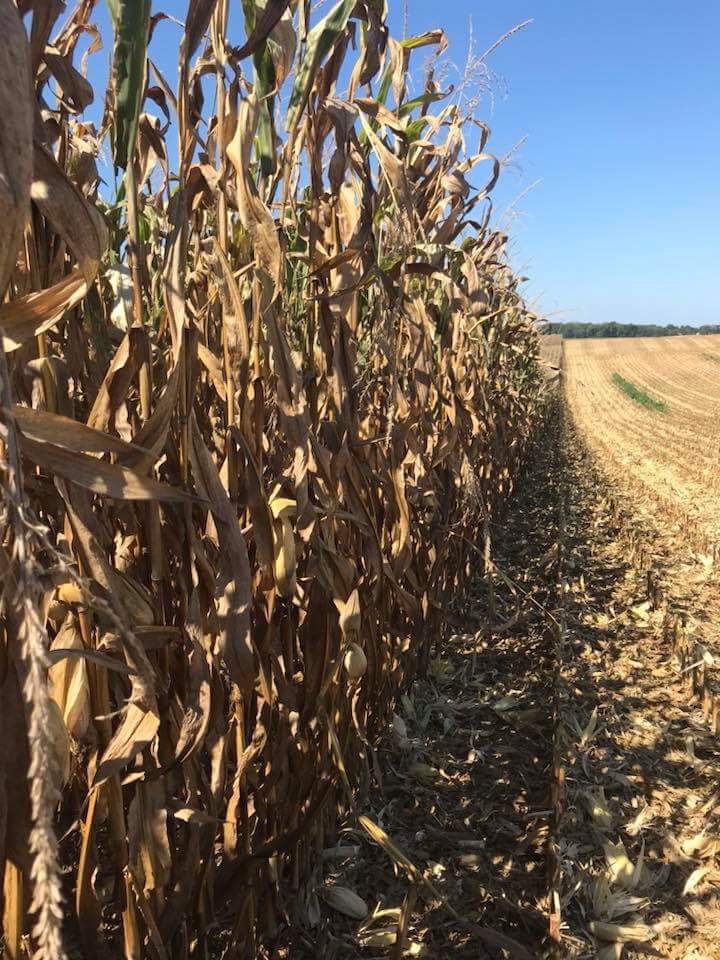 Harvest is kicking in across the west-central part of Indiana with a lot of group 2 soybeans being cut. Shad Schenck, a dealer for Specialty Hybrids, believes just about everyone will be in the field next week, certainly by the end of the week. He tells HAT the soybean crop should be the best story in that part of the state.

“Soybean yields include a lot around 65 bushels,” he said. “We have seen some 70’s consistently on a few beans, and that’s pretty promising for those farms and where they’re at. I look for soybean yields to be better than corn yields overall and become the best on peoples’ farms.”

Schenk said there are some early corn yield numbers coming in too.

That corn was about 27% moisture and falling quickly.

“Later this week we could see some of that corn below 25% and that will give people the opportunity to get that out,” he said.

There are some positive factors with these crops that should help limit a need for urgency this fall.

“There is not a lot of disease out there,” Schenk explained. “We just started to see tar spot last week in some areas. It’s too late to be detrimental to yield, it’s not going to hurt standability, we don’t see the root rots or anything like that, so that’s a blessing. We don’t have a 300-bushel ear hanging on that stalk, so it will stand better because of that, but it’s going to stand better because we have more fungicide applications from farmers clear throughout central Indiana here which made the difference, and less disease on the crop. So, we want to get it out. You don’t want to wait until Christmas by all means, but it’s not going to be a panic mode like last year where a lot of corn was going down.”

Further limiting that feeling of urgency, HAT Chief Meteorologist Ryan Martin says there should not be a protracted harvest season. We are now in a lengthy harvest window with lots of work getting done in the coming weeks.