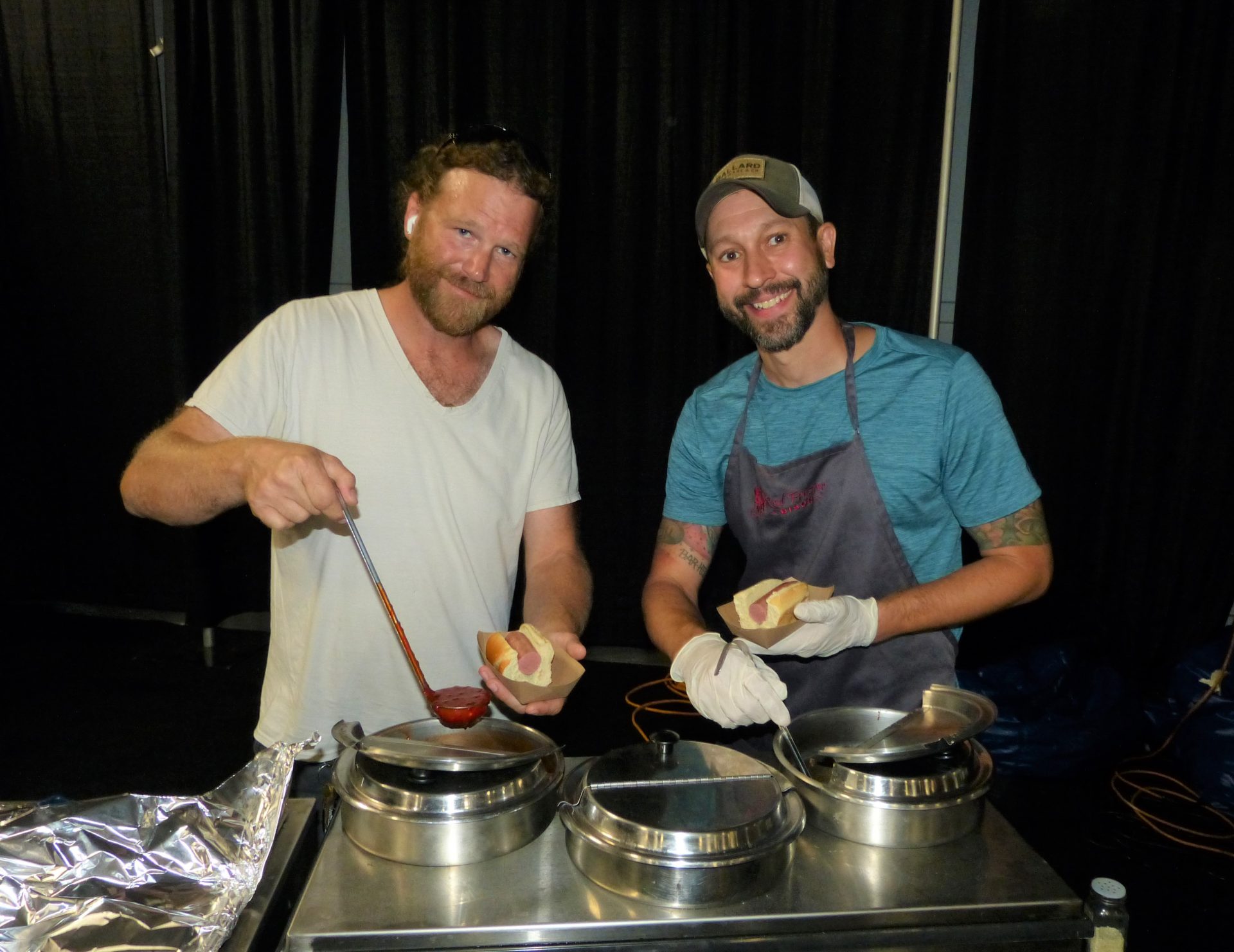 “Give bison meat a try. Give us a try,” says Zack Martin, owner of Red Frazier Bison Ranch near Bloomfield in Greene County.

He and his team have a food trailer set up near the Pioneer Village at the Indiana State Fair where you can check out their newest culinary creation – their Bison Lettuce Wrap.

“It really puts the bison meat at the forefront,” says Zach. “We want to give people the opportunity to really taste bison and that be the dominating ingredient in the product.”

Although Red Frazier Bison Ranch is in Greene County, they sell their bison meat at their retail location in Bloomington along West 17th Street about a mile west of Indiana University’s Assembly Hall and Memorial Stadium.

Zach says bison meat has a lot of similarities to beef.

“I sum it up as your ideal red meat,” Zach says. “The statistic I like to drop a lot is that it’s higher in iron and protein than beef, but has less fat and cholesterol that skinless chicken breast or salmon.”

Zach owns about 150 head of bison on his farm.  Not only does it cost a lot more to raise bison compared to cattle – it also takes much longer.

“Beef go to the market a lot younger and a lot sooner than bison do,” according to Zach. “We’re not sending [our bison] to market until they’re in the 24-month to 36-month range, whereas a lot of beef cattle are hitting the market at 18 months. It’s a lot more laborsome process to get them ready to go [with] the size we want to hit the market. It takes a lot longer than beef, but it’s for the best in the end.”

He also says bison can be a challenge to work with.

“[Bison] are extremely fast [and] extremely powerful. I’ve watched a 2,400-pound bull clear a five-foot fence without even touching his hoof on top.  They can get up there and they can move fast and hard.”

Zach says the goal of serving up his bison lettuce wrap at the State Fair is to not only attract new customers, but also to turn more people on to buying bison meat.

“Not everyone has had the opportunity to try it, and that’s our main goal at the State Fair,” says Zach. “[We want] to present bison meat in a comfortable format so people can try it, understand the benefits, and understand the tastes.  It’s a softer, sweeter textured meat. It’s really worth the try.”

Click BELOW to hear C.J. Miller’s report on Red Frazier Bison and their Bison Lettuce Wraps available at the Indiana State Fair.

Click BELOW to hear the FULL interview with Zach Martin of Red Frazier Bison as he discusses the differences between raising bison and cattle.