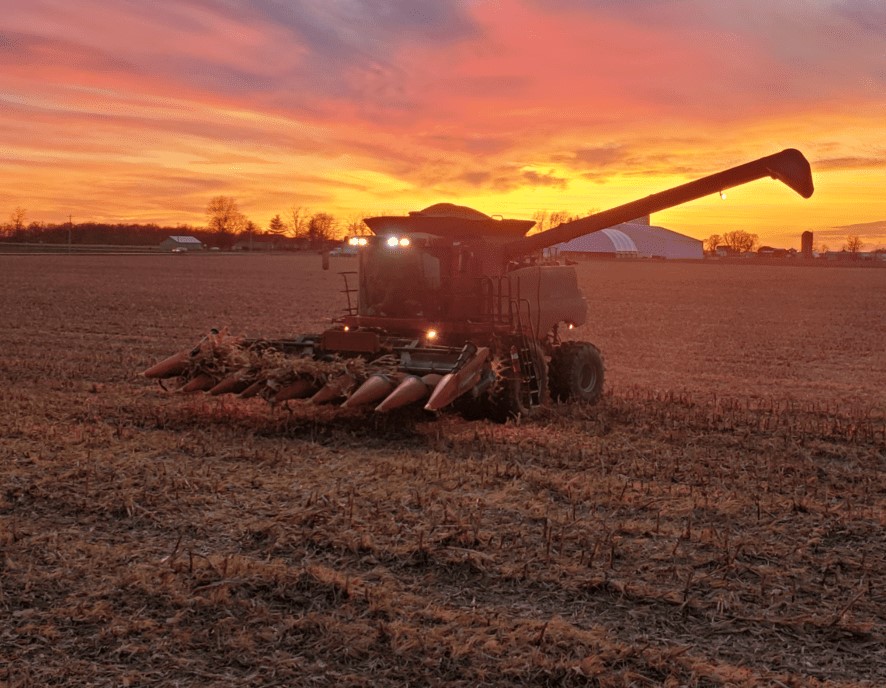 There is one threat of harvest interruption over the next ten days across Indiana. We are sunny and dry from this weekend through Tuesday. Temperatures will moderate on Sunday, and we send up quite warm and mild for Monday and Tuesday. Evaporation rates should be at near maximum levels over the next four days.

A two-pronged weather system will move through the region at midweek next week. First, a batch of moisture with southern plains origins will shoot northeast late Tuesday night into Indiana Wednesday early morning. This has minor scattered shower action with it. 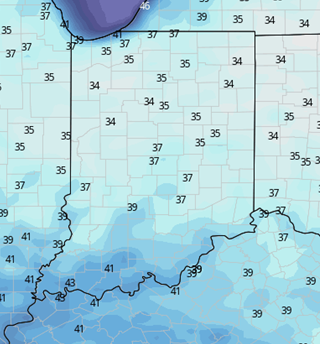 Immediately behind that, a cold front will be sweeping through from the NW, bringing another round of showers. There is good agreement in data now that moisture is mostly assured in this time frame. Totals are still working in a wide range from .1”-1” with coverage at 80% of the state. However, we look for most of the state to be half an inch or less out of this event. See map at right. It will likely be enough to push “pause” on harvest for next Wednesday and that pause may linger through Thursday in some spots, but as long as rain totals stay under half an inch, this will not produce a long term knock out from fields.

A mix of clouds and sun is expected for Friday, Saturday and Sunday of next week, along with Monday of the week following. It will be chilly, so that means drying will be a bit slower, but we still expect good evaporation, which will allow harvest, but just likely later daily starts.

The extended 11-16 day forecast starts chilly for Tuesday the 18th, but then transitions to milder temps Wednesday through Sunday. We also are projecting dry weather for the entire extended window with full sunshine. Clouds increase Sunday the 23rd, and a front may try to shift into the area as we move into Monday the 24th.

Slightly better moisture potential in weeks 3 and 4 as we see precipitation anomalies get to normal, rather than below normal. Remember, though, that does not mean we are wet by any stretch of the imagination. We are not expecting problems. But, just perhaps more start/stop kinds of harvest later in the month and into early November. Temps will continue to be above normal on average but will cool some, relative to normal in week 4 vs week three (not as much above normal as we start off November) 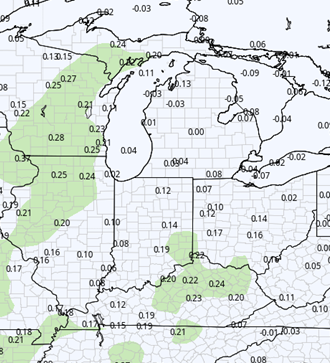 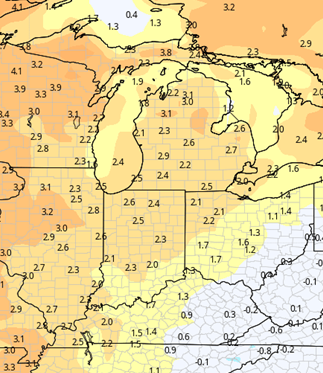 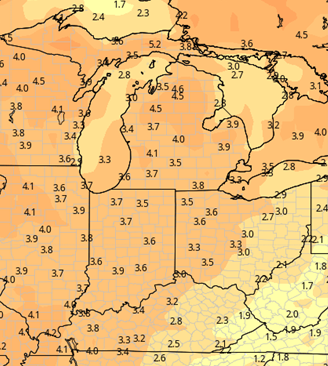