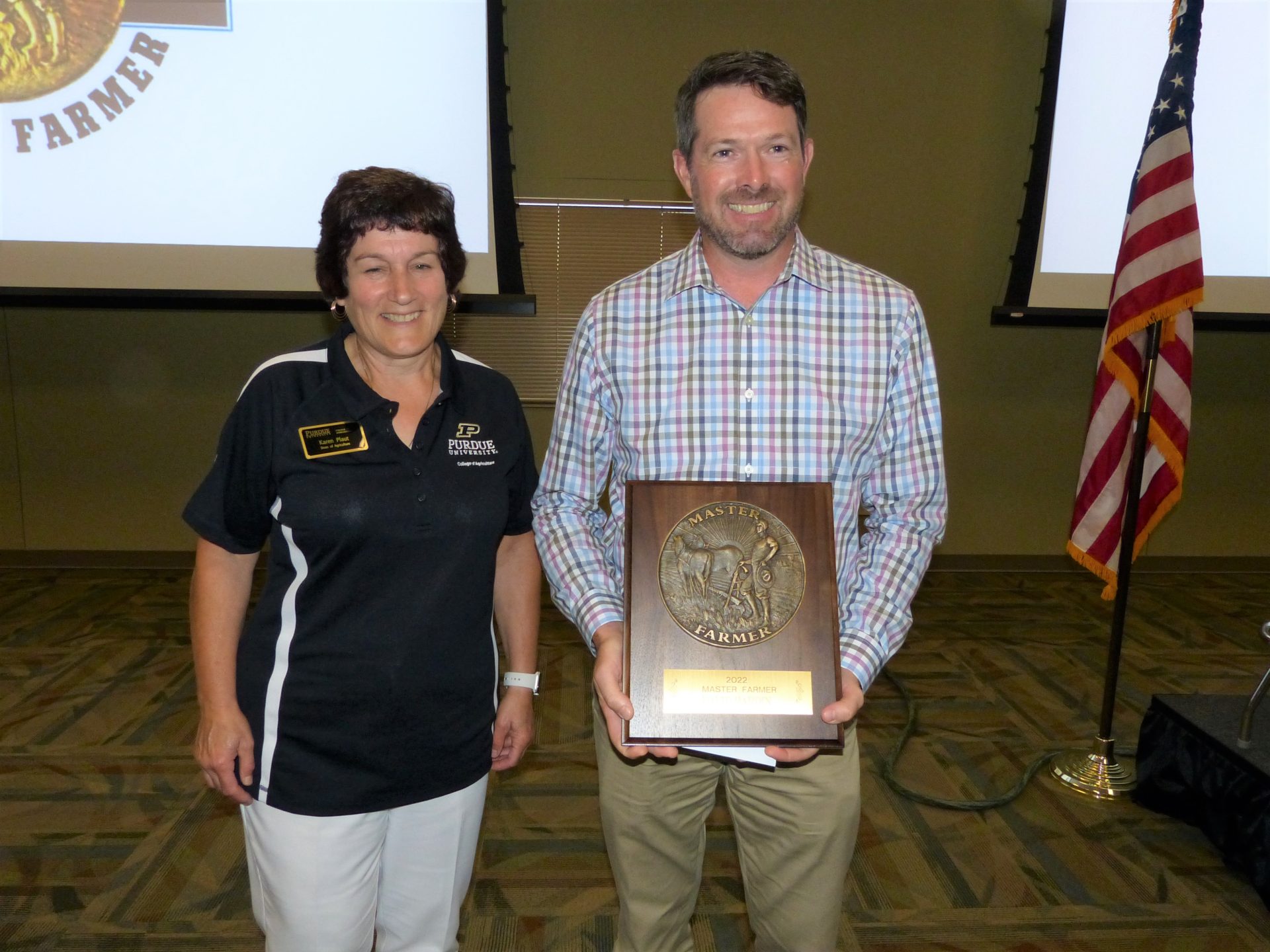 David Hardin of Hendricks County stands with Dr. Karen Plaut, Dean of the Purdue University College of Agriculture, after being given the Master Farmer Award in July 2022. Photo: C.J. Miller / Hoosier Ag Today.

Threats of disease, higher production costs and volatile commodity prices for hog futures are all weighing on the minds of Indiana’s pork producers.

“If [African Swine Fever] gets in your country, you might as well put the nail in the coffin as far as being able to export any product,” says David Hardin of Hendricks County talking about the prospect of the disease entering the U.S. and affecting pork production.

David says if African Swine Fever were to show up in the U.S., it would be detrimental not only to the pork industry, but also to the U.S. economy.

“With the U.S. exporting between 20 to 25 percent of the pork that we produce on an annual level, that is an amount of protein that we aren’t going to be able to soak up in the domestic market,” according to David. “Trying to keep African Swine Fever out of our country is a huge challenge, and we appreciate everything that APHIS [Animal and Plant Health Inspection Service] and the inspectors for the USDA are doing in our ports of entry. We have to stay vigilant and try and do everything we can to keep that nasty disease out of our borders.”

So far, the disease has been contained outside the U.S., but has appeared in other countries such as the Philippines, the Dominican Republican and Haiti.

David also says the rise of U.S. exports to Asia has been beneficial to Indiana hog farmers.

“We’re really focused on trying to provide protein into that Asian and Pacific Rim market,” says David. “As their incomes rise and their standards of living rise, they’re going to be looking to put more protein in their diets. It is much better for us to ship our quality, safe Indiana-produced pork over there as opposed to sending my Indiana corn and soybean bushels over there and letting them raise [pork] on their own.”

David also says he’s glad to see the price of hog futures on the rise, but he says he’s concern about tipping the balance of pricing for consumers.

“When the consumer sees their food dollar going not as far, we [have] to worry about protein being one of those things they either cut back on or cut out,” David says. “With where our costs are right now for feed, labor and energy; even though our prices are up, our margins are pretty tight right now. Long term, I’d like to see these elevated prices stay up if we can afford it.”

David and his wife Danielle have about 12,000 hogs on their farm near Danville.  He has served on the Indiana Pork Producers board, has been involved with the National Pork Producers Council and National Pork Board, and was recently named a Master Farmer Award winner by the Purdue University College of Agriculture and Indiana Prairie Farmer magazine. 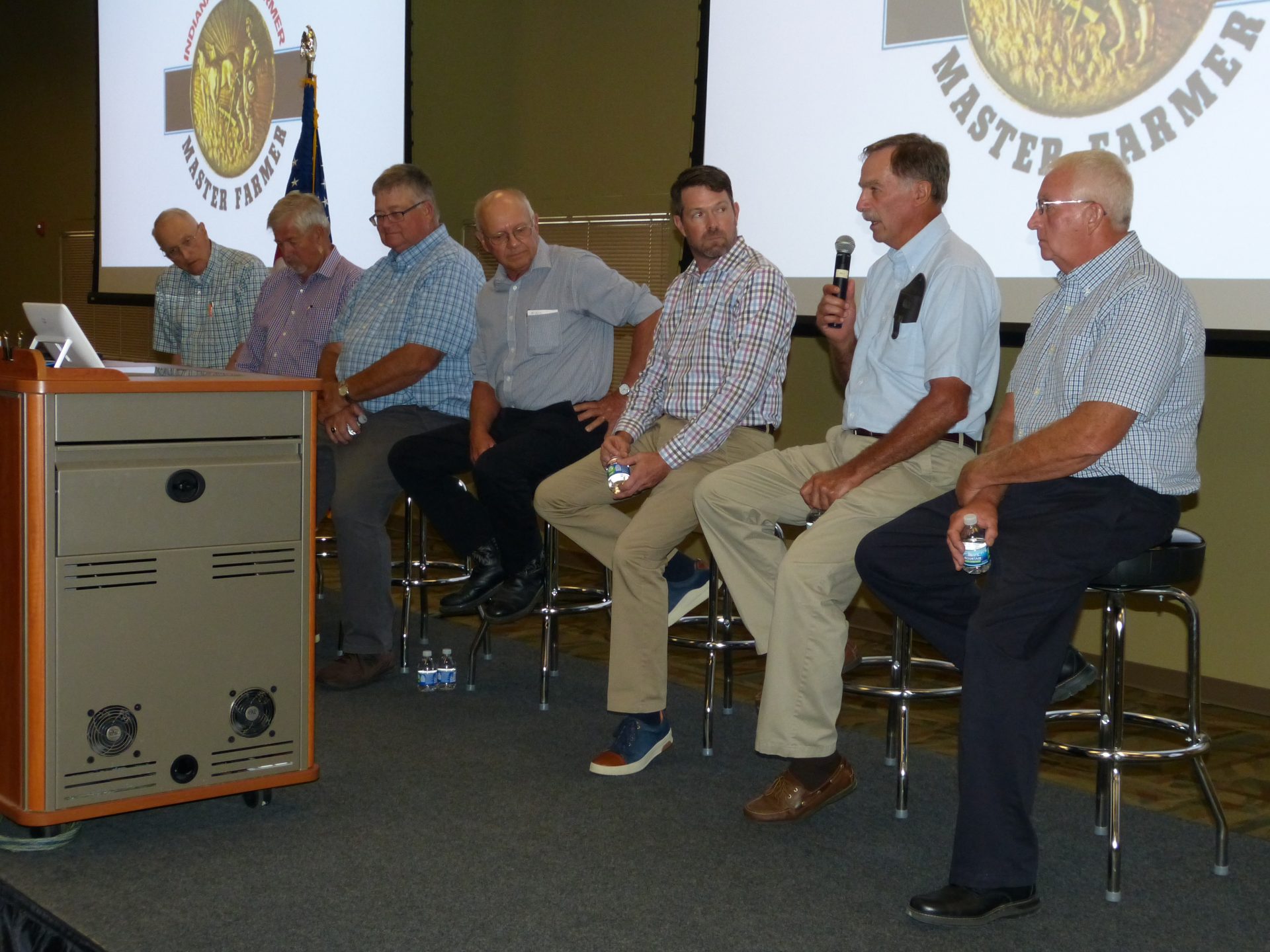