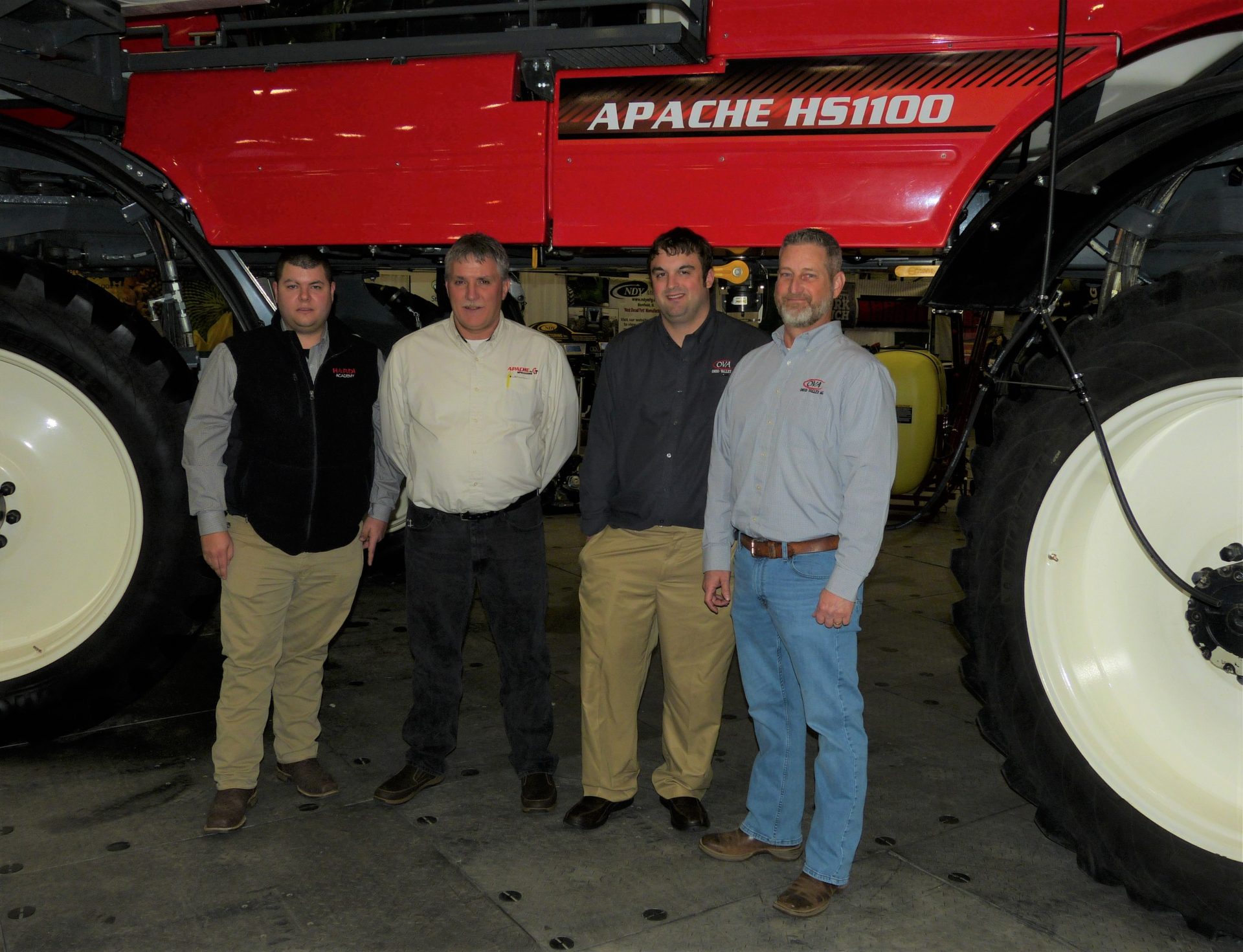 It is certainly an American success story! One Hoosier started building large self-propelled sprayers on his own – and grew that business into the largest manufacturer of mechanical drive sprayers in the world!

“We actually started in a garage, really, primarily with one guy with the design,” says Chris Phillips with Ohio Valley Ag in Greensburg (shown above at far right) – one of the dealers for Apache Sprayers, which is headquartered in Mooresville.

Equipment Technologies is the company that manufactures Apache Sprayers, which were first built in nearby Johnson County more than 25 years ago.

“The company started in Trafalgar and Morgantown, then moved over to Mooresville probably around the 1998-99 time frame with one building,” according to Phillips. “Since then, we’ve expanded to two buildings, so we have one manufacturing facility and then we have a distribution facility over there as well.”

Not only are Apache Sprayers distributed across the United States and Canada, but they have also been sold and distributed in Australia and parts of Eastern Europe.

Phillips says with the purchase of every new Apache Sprayer, you’re helping more than 130 Hoosiers who work at its production facilities in Morgan County.

“Apache also has a good background of using local vendors even for a lot of our parts. I have an Apache owner that his son owns a machine shop they do parts for Apache,” says Phillips. 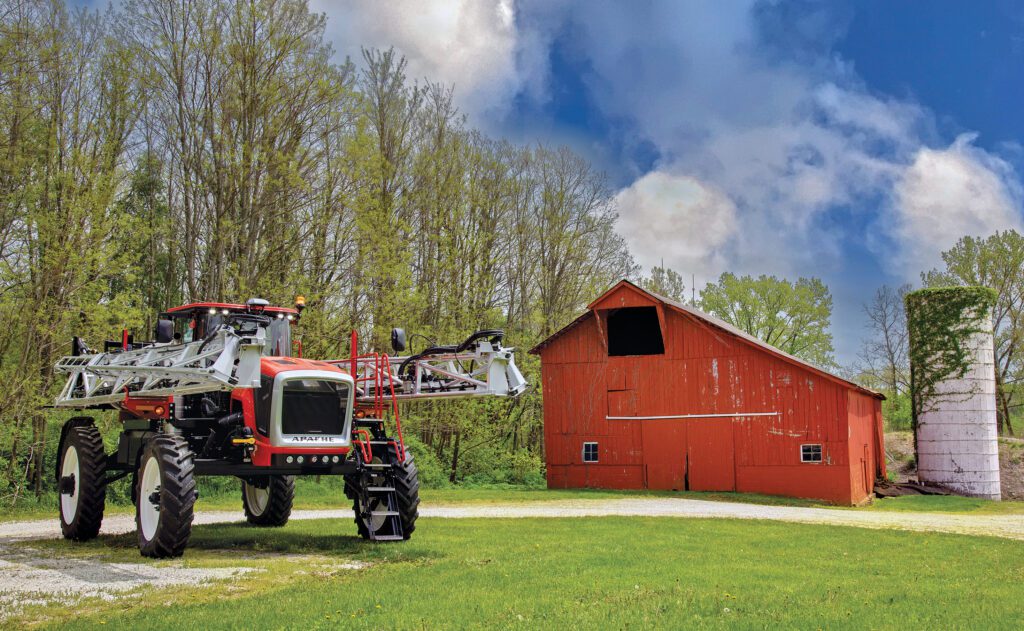 The Indiana-made Apache Sprayer model AS 1050, which is manufactured in Mooresville. Photo courtesy of Equipment Technologies.

What makes Apache Sprayers stand out from the competition?

“The main difference would be the simplicity of the sprayer. We’re light, we’re simple, we have a good return on investment on the sprayer, the cost of ownership is very good, as well as the resale value. Those are the main hitting points against the competition,” says Phillips.

He adds that Apache Sprayers have five different models available…

“Four of our models are a mechanical drive machine ranging from a 600-gallon to a 1,200-gallon machine. We also have a fifth model that is a high clearance sprayer that’s actually has adjustable crop clearance to get into those corn fungicide applications,” according to Phillips.

“Depending on where you are, we go through dealerships across the country – but, you can always go to ETsprayers.com and they’ll direct you to the right dealer to get you set up,” says Philips.

Click HERE to learn MORE about the different models of sprayers that are made in Indiana and available from Apache Sprayers.

Click BELOW to hear C.J. Miller’s news report on Indiana-made Apache Sprayers, which are manufactured in Mooresville. 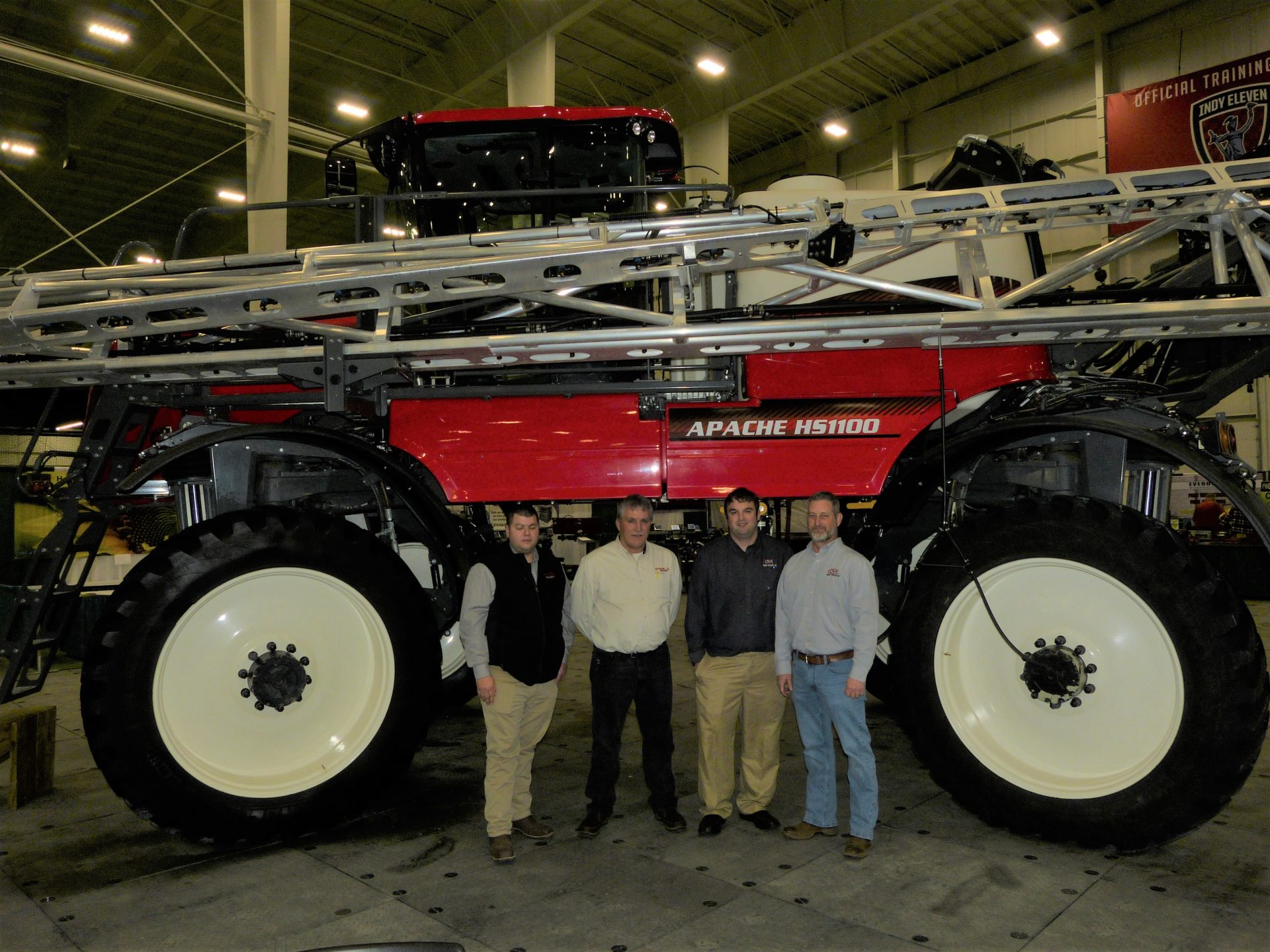