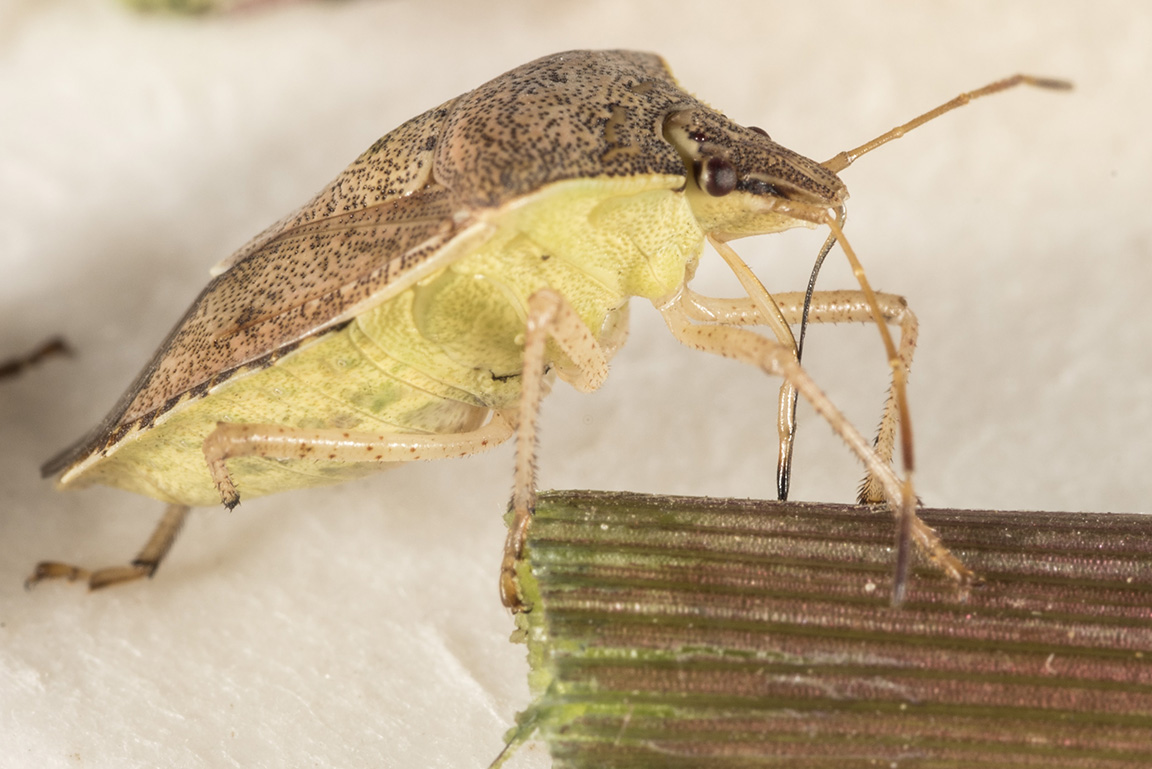 Reports from those checking cornfields indicate that brown stink bugs had been busy earlier feeding on seedlings and currently within whorls. Damaged plants, stunted and/or leaves with holes and yellow striping, are quite obvious during the whorl stage. The stink bug problems are worse in heavy-residue fields where corn was planted into soils not suitable for good seed-slot closure.

Stink bugs feed on corn by inserting their straw-like beak into the stalk or whorled-leaves while injecting an enzyme, which helps digest plant tissue. They prefer to feed on new growth. When seed slots are not properly closed during planting, stink bugs often feed on, or near, the growing point.

It is important to remember that seedling corn plants are most vulnerable to attack and damage. By the time obvious feeding symptoms appear, the damage has been done. Symptoms vary, ranging from linear holes with a yellowish edge in the leaves, twisted or deformed stalks, plant suckering, and occasionally plant death. The damage can often be confused with other causes, e.g., herbicide injury, mechanical damage, etc. Brown stink bugs may currently be seen in the corn whorls, but their feeding damage on leaves in the whorl is of little concern. 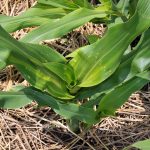 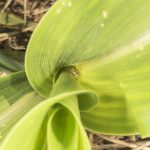 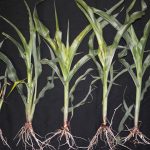 Sampling for stink bugs at corn emergence is difficult and time-consuming, as one must crawl on the ground and inspect at the stalk/soil interface. Their early damage is not noticeable for weeks, too late to protect the gnarled corn. Stink bugs feeding in the whorls can be treated, but doing so is only revenge, as the unsightly leaf damage has not been attributed to yield loss.

Timely planting, with ideal soil conditions, was a challenge this spring, especially those with heavy residues/covers. The amount of stink bug damage being found now is a reminder of those wet conditions a couple months ago. Happy scouting!