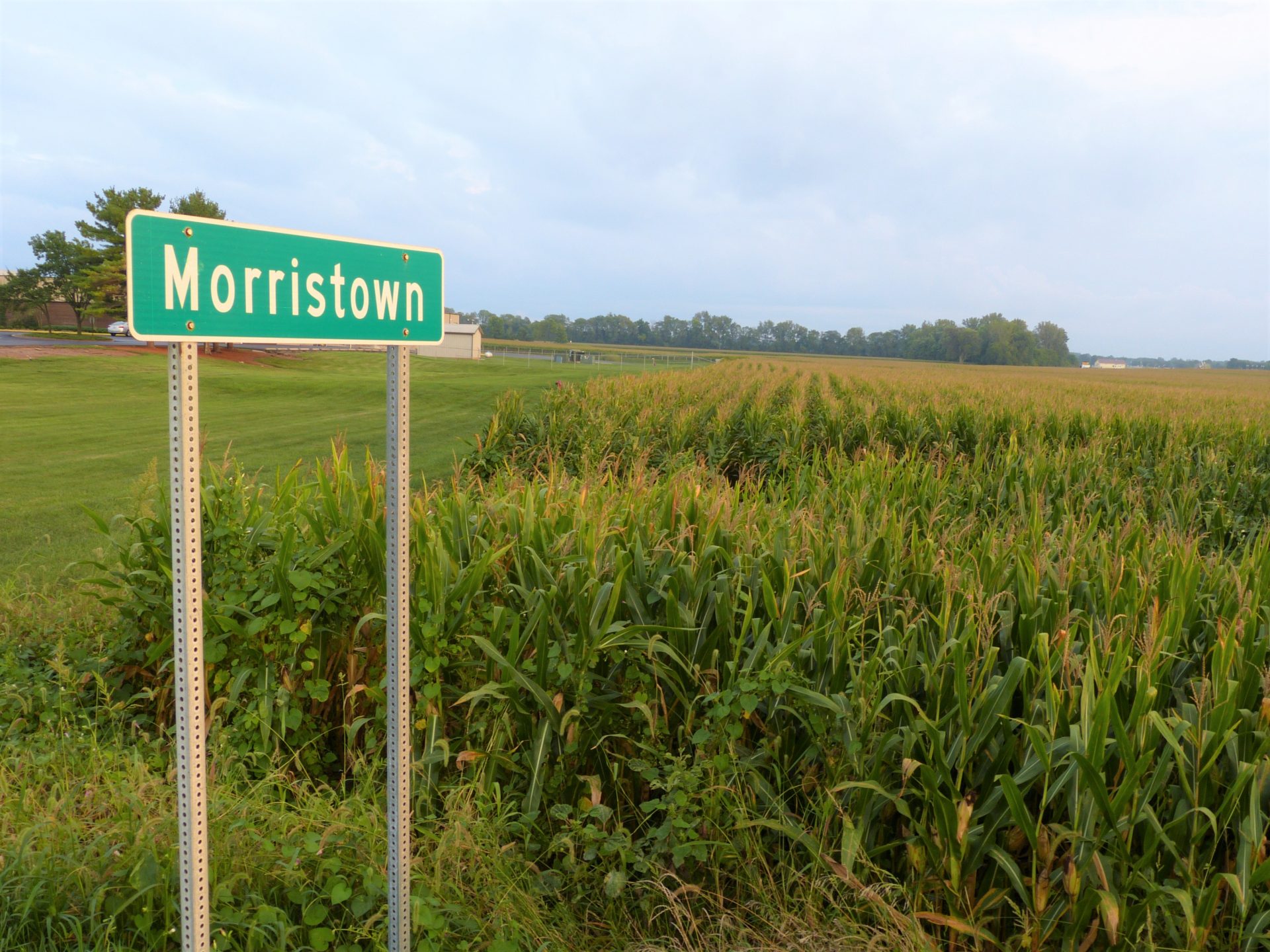 A sign in front of a corn field marking the entrance to Morristown along U.S. 52 in Shelby County, Indiana. Photo: C.J. Miller / Hoosier Ag Today.

Indiana’s soybeans are rated at 56 percent good-to-excellent, which is up two percent from the previous week.  The USDA says 95 percent of the state’s soybeans are setting pods.

The U.S. soybean crop is at 57 percent good-to-excellent, which is unchanged from the previous week, with 94 percent setting pods.

“The average temperature for the week was 72.9 degrees Fahrenheit, 1.8 degrees above normal for the state. The amount of rainfall varied from 0.06 to 6.02 inches over the week. The statewide average precipitation was 1.81 inches, 1.00 inches above normal. There were 5.7 days suitable for fieldwork for the week ending September 4,” says Warenski.

“Sparse and sporadic rainfall led to the utilization of irrigation systems throughout much of the state. Many farmers hope for additional precipitation to bolster soybean pod setting progress. Corn dented progress continued behind its five-year average and some producers have begun harvesting corn for silage,” according to Warenski.