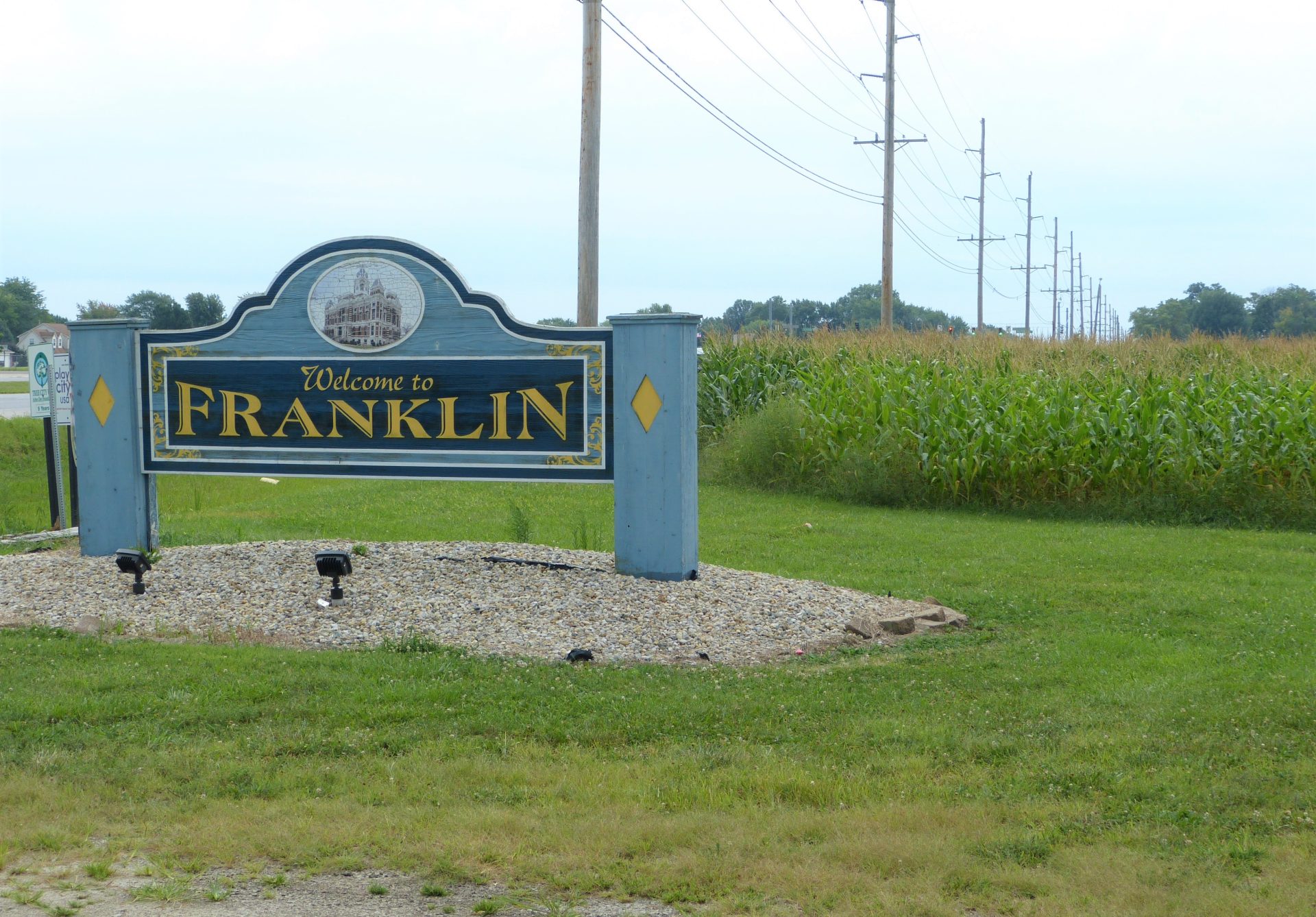 A welcome sign for Franklin, Indiana in front of a corn field along U.S. 31 in Johnson County. Photo: C.J. Miller / Hoosier Ag Today.

Indiana’s soybeans are also rated at 54 percent good-to-excellent, which is down one percent from the previous week.  The USDA says 90 percent of the state’s soybeans are setting pods.

“Many growers were hoping for additional rain as crops inched closer to maturity,” according to Nathanial Warenski, State Statistician with the USDA National Agricultural Statistics Service Indiana Field Office. “Soil moisture levels decreased from the previous week, with 57 percent of topsoil moisture reported as adequate or surplus.”

“The average temperature for the week was 71.5 degrees Fahrenheit, 1.1 degrees below normal for the state. The amount of rainfall varied from none to 0.75 inches over the week. The statewide average precipitation was 0.09 inches, 0.71 inches below normal. There were 6.5 days suitable for fieldwork for the week ending August 28,” says Warenski.

“Sparse and sporadic rainfall led to the utilization of irrigation systems throughout much of the state. Many farmers hope for additional precipitation to bolster soybean pod setting progress. Corn dented progress continued behind its five-year average and some producers have begun harvesting corn for silage,” according to Warenski.