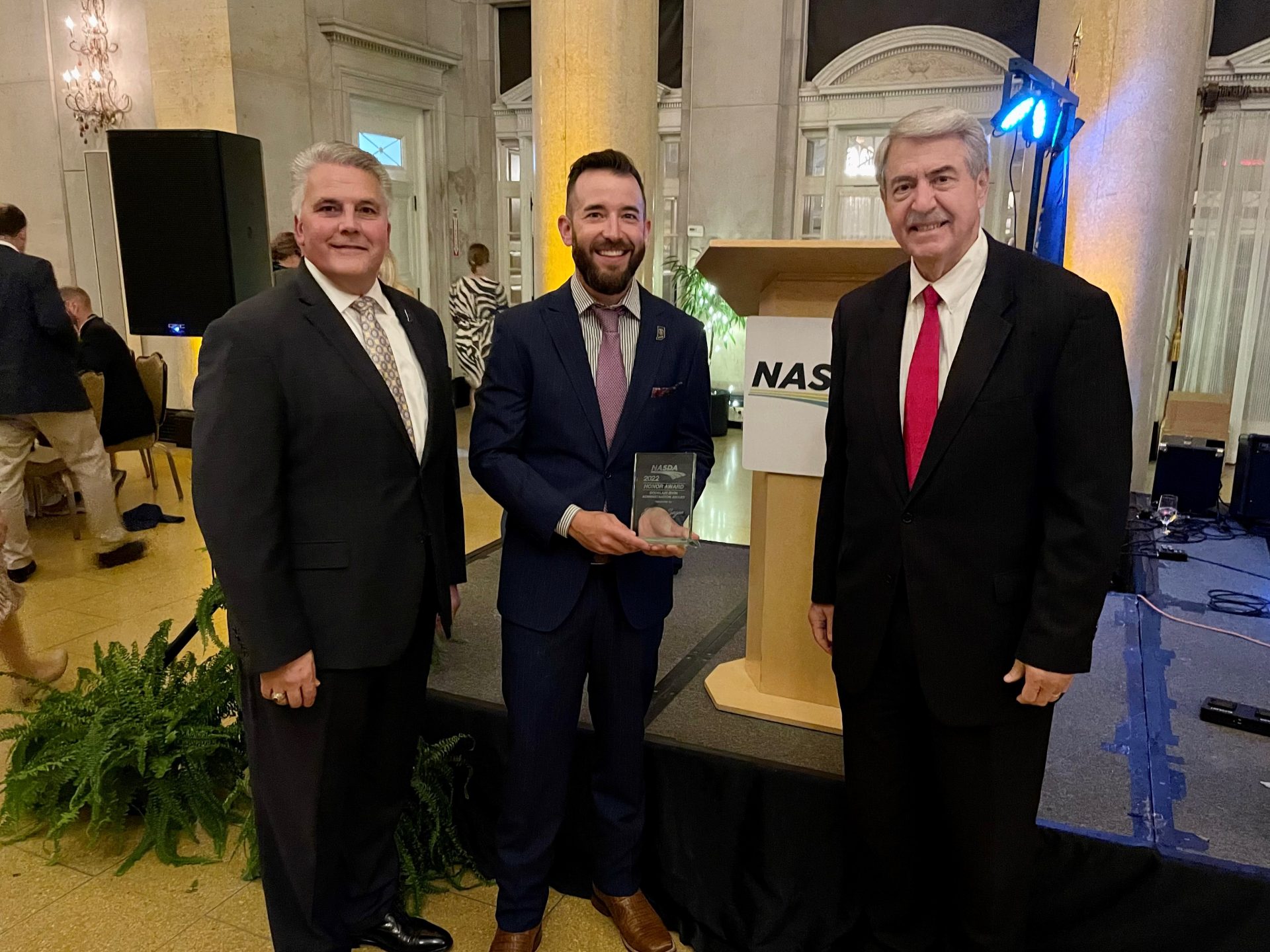 Seger received the Douglass-Irvin Administration Award, a recognition of an individual for outstanding contributions within a state agency resulting in improved efficiency and impact.

As Deputy Director, Seger supports ISDA in achieving its mission and strategies. Among many responsibilities, he oversees the day-to-day operations of the department, represents ISDA in committees, engages with producer organizations and identifies strategic opportunities to grow the state’s agriculture sector.

Seger joined ISDA in 2011 as a field technician. He was promoted a year later to Agriculture and Environmental Affairs Program Manager and then Division of Soil Conservation Director. In that role, he oversaw ISDA’s field technicians, the implementation of programs, like “Clean Water Indiana,” and supported the coordinated activities of Indiana’s conservation partners.

NASDA is a nonpartisan, nonprofit association which represents the elected and appointed commissioners, secretaries and directors of the departments of agriculture in all 50 states and four U.S. territories. NASDA enhances American food and agricultural communities through policy, partnerships and public engagement.