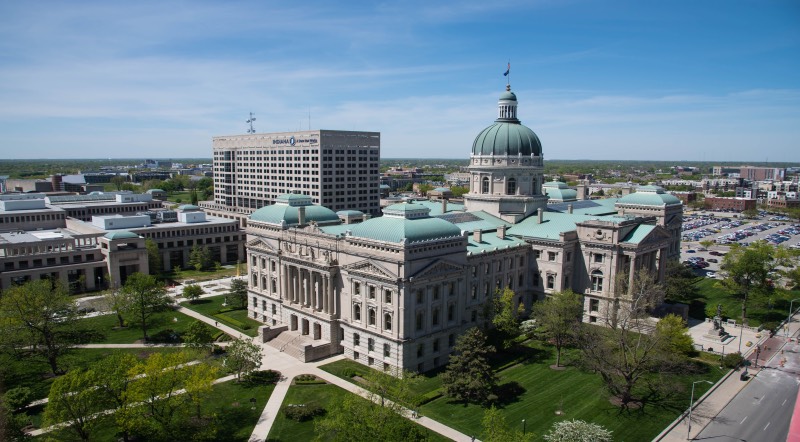 The Indiana Statehouse in downtown Indianapolis.

Gov. Holcomb had initially proposed $225 in refunds when he called the Indiana General Assembly into a special session. However, lawmakers decided to lower that amount to $200 as part of a compromise between the House and Senate.

The tax refund payments would use $1 billion of Indiana’s $6.1 billion budget surplus for the rebates.

As part of the inflation relief bill, lawmakers also agreed to move $1 billion from the state’s surplus toward the state teacher pension fund.

In a statement released late Friday evening, Gov. Holcomb said, “Today, I proudly signed Senate Enrolled Act 2 to return $1 billion back to Hoosier taxpayers. This fulfills what I set out to accomplish when calling the General Assembly into special session in order help Hoosiers hurting from historically high inflation.”

Click HERE to read more about the Inflation Relief Bill that was passed by Indiana lawmakers and signed by Gov. Holcomb.