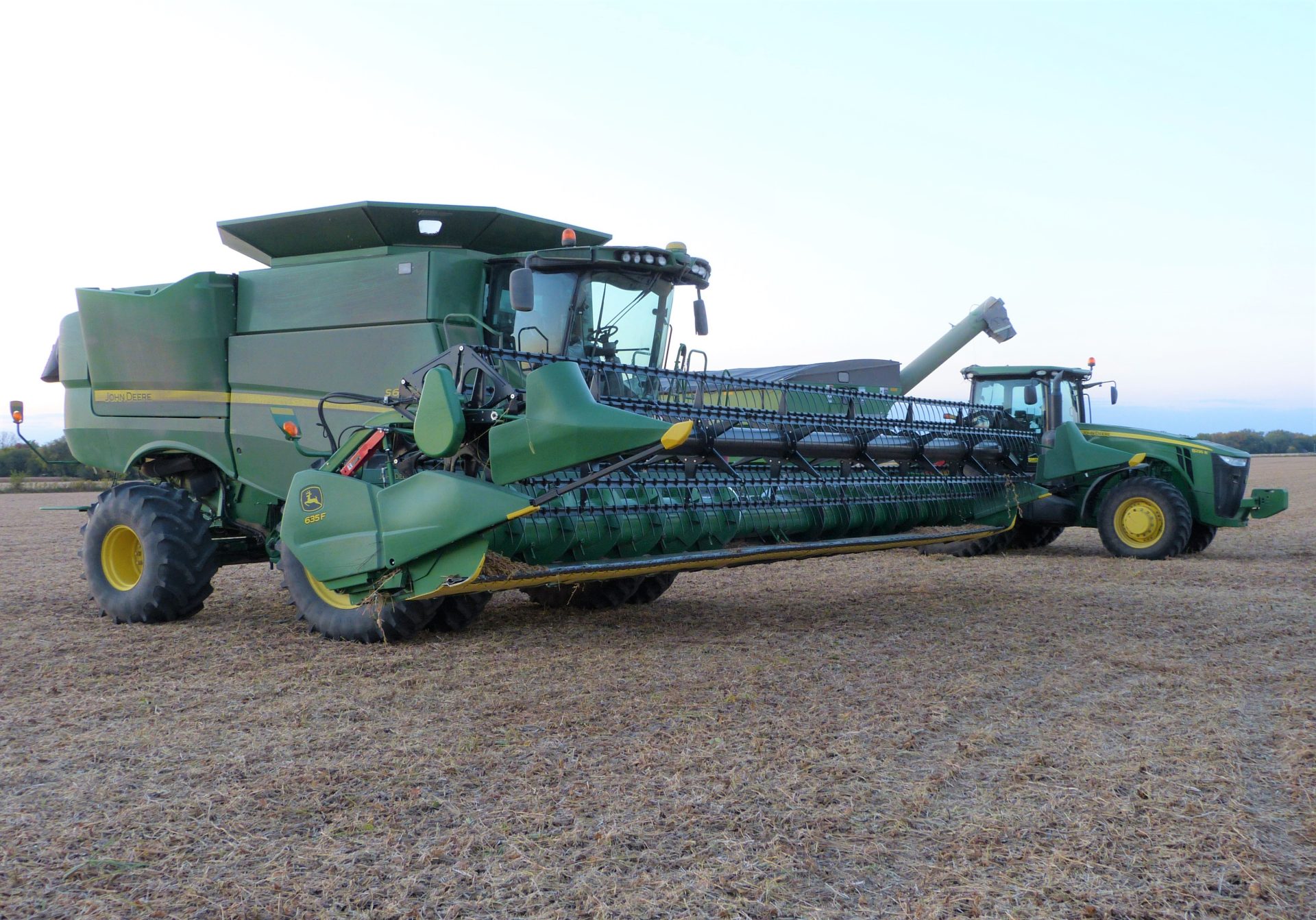 Consecutive weeks of cool, dry weather have propelled harvest progress forward throughout much of Indiana.

So far, 27% of corn for grain and 36% of soybeans have been harvested as of Sunday, Oct. 9 according to the USDA National Agricultural Statistic Service (NASS). That’s a jump from 16% for corn and 17% for soybeans from the week before.

Indiana’s corn is 84% mature with 96% of corn for silage harvested. Meanwhile, corn harvest for grain is far behind the five-year average pace of 30%. Indiana corn is rated 58% good-to-excellent.

Indiana’s soybeans are rated 59% good-to-excellent. 91% of beans are dropping leaves. Soybeans are also behind the five-year average for harvesting at 38%.

Indiana’s harvest is also behind the rest of the U.S., where 30% of corn and 38% percent of soybeans have been harvested on average according to the USDA.

In his weekly report, Nathaniel Warenski, State Statistician with the USDA NASS, adds that winter wheat planting progress is at 27%, which is behind its five-year average of 33%. Fourth cuttings of alfalfa hay are beginning to wrap up with hay cuttings being taken when regrowth was considered adequate. 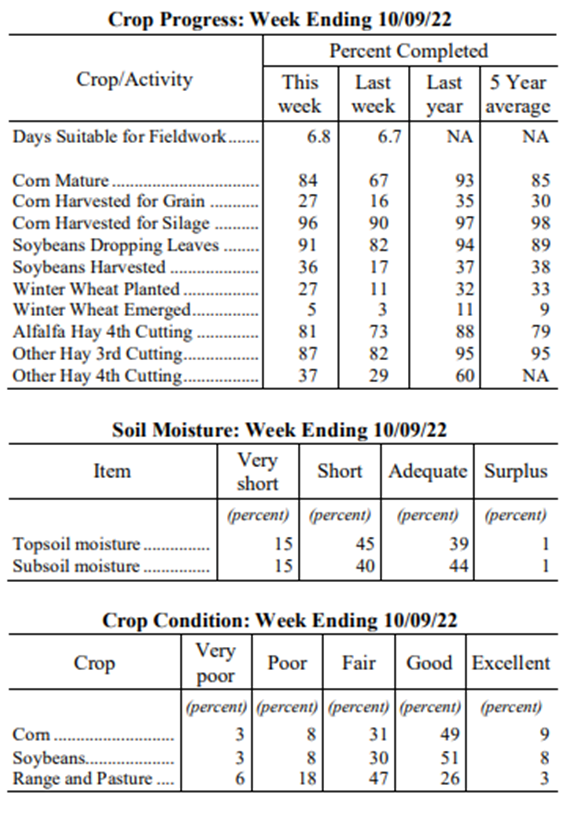