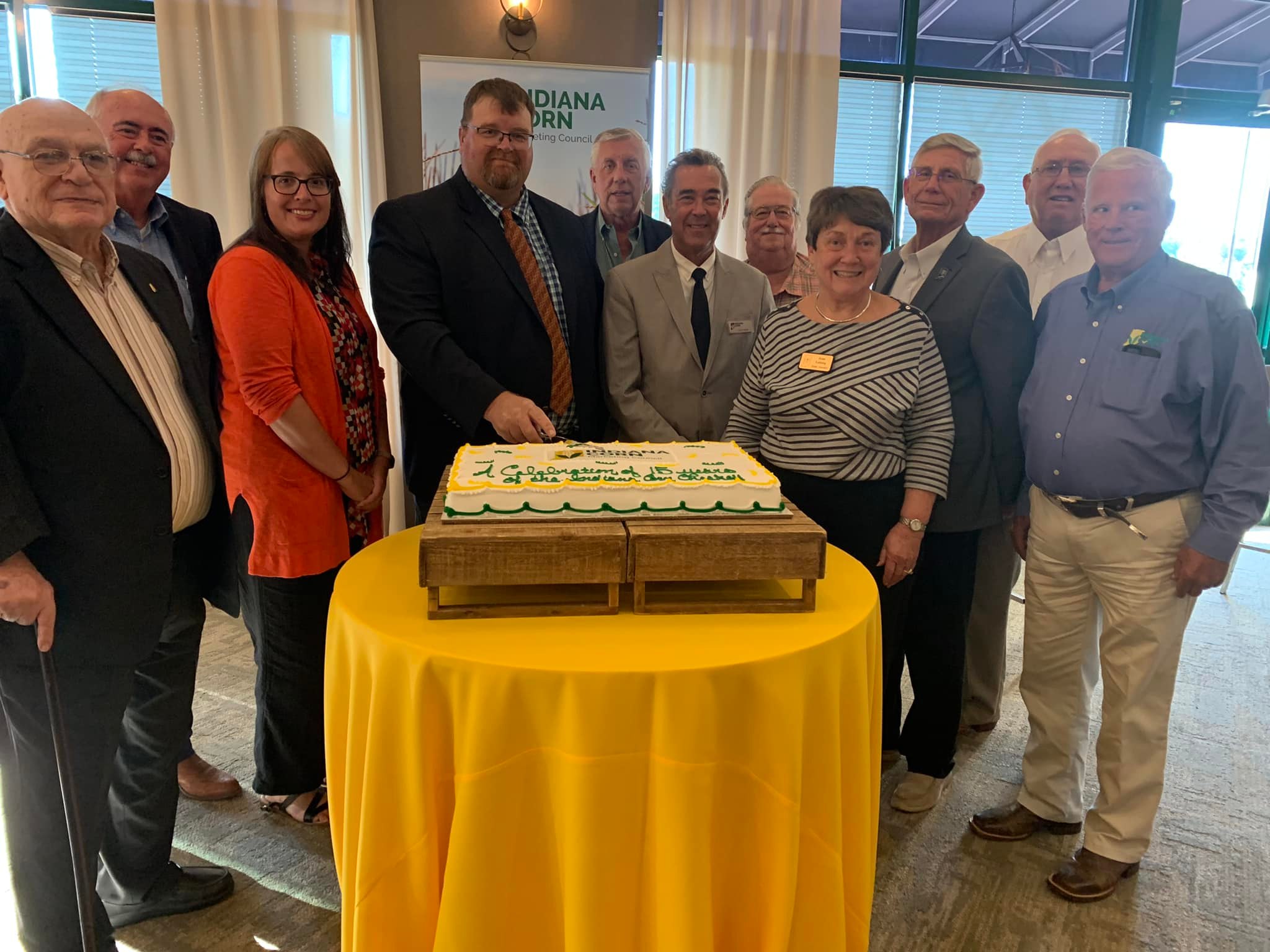 In 2007, after years of debate in the Indiana General Assembly, then-Gov. Mitch Daniels signed the Indiana Corn Market Development Act into law; and thus, the state’s corn checkoff program was born. ICMC CEO Courtney Kingery said, in the 15 years since that moment, the farmer leaders and staff of the checkoff program have accomplished many goals for corn growers. Some of these accomplishments include:

“Without the corn checkoff law that was passed in 2007, none of these things would have been possible,” Kingery said.

She explained that the checkoff has partnered with several supporting organizations, such as the U.S. Meat Export Federation (USMEF) and USA Poultry and Egg Export Council (USAPEEC), to help increase livestock and meat exports by working with national partners.

“Every year we host trade teams on Indiana farms in order to show them firsthand how we grow the crops to feed and fuel the world,” Kingery said. “We partner with the U.S. Grains Council (USGC) to promote and provide information to buyers around the world about the value of U.S. corn and corn exports. In 2021, corn exports were estimated by USDA to be 2.7 billion bushels, which is a new record for corn exports.”

ICMC Board President Paul Hodgen, a farmer from Roachdale, Ind., said he’s proud to follow in the footsteps of previous checkoff leaders and to work alongside its current leadership.

“We’ve heard about some of the things that the checkoff has done for Indiana farmers during the past 15 years – but that’s the past,” Hodgen said. “Those of us who are on the board today are concerned about how to help agriculture going forward. Within the past couple years, we developed a new strategic plan to help guide us into that future. I believe it is a good plan. It’s easy to understand, and the plan helps us to keep our focus on the things that matter to Indiana corn growers.”

Hodgen explained the four key points of the checkoff’s strategic plan, including:

“Mostly through communications and program events, the corn checkoff is transparent in its efforts to support Indiana farmers,” Hodgen added.

Two current board members were honored for gaining election to national boards. Joshua Miller, a farmer from Anderson, Ind., was elected as USGC Board Chairman on July 27; and J.R. Roesner, who farms in Ferdinand, Ind., became the third Hoosier corn grower elected to the NCGA’s National Corn Board on July 14.

The lawmakers said the Indiana Corn Market Development Act received overwhelming support in the House but faced some opposition in the agriculture committee in the Senate. Gard, who is retired from the General Assembly, was among the senators who advanced the corn checkoff bill in 2007.

“We were seeing some resistance to the bill in the agriculture committee,” Gard said. “I think there were members who were skeptical of the potential benefits of the program. So, I decided that this bill was more of an economic development bill than an agriculture bill. We moved it to that committee, and we were able to get it passed in the Senate.”

Just this summer, the corn checkoff program has developed programs to encourage global trade, to expand the ethanol industry and to inform farmers and first responders regarding the dangers of agriculture through grain bin safety meetings. Through projects like these, Kingery said, the checkoff seeks to improve the lives and economies of Indiana corn growers.

“As CEO of the corn checkoff, I know that, as a board and staff, we are working hard to help lives and incomes of the farmers we serve,” Kingery said. “One way we gauge our success is through the rate of checkoff refunds that we pay back to farmers each year. In 2008, as we began to serve Indiana’s corn growers, our refund rate was 21 percent of the paid checkoff. Today, our refund rate has dropped to just 4 percent. This is a fair picture of our growth as an organization and the confidence that corn farmers have in ICMC to serve their needs. Behind these numbers, there is a dedicated staff who work on behalf of corn farmers every day.”