Indiana’s Heather Hill Elected as President of National Pork Board 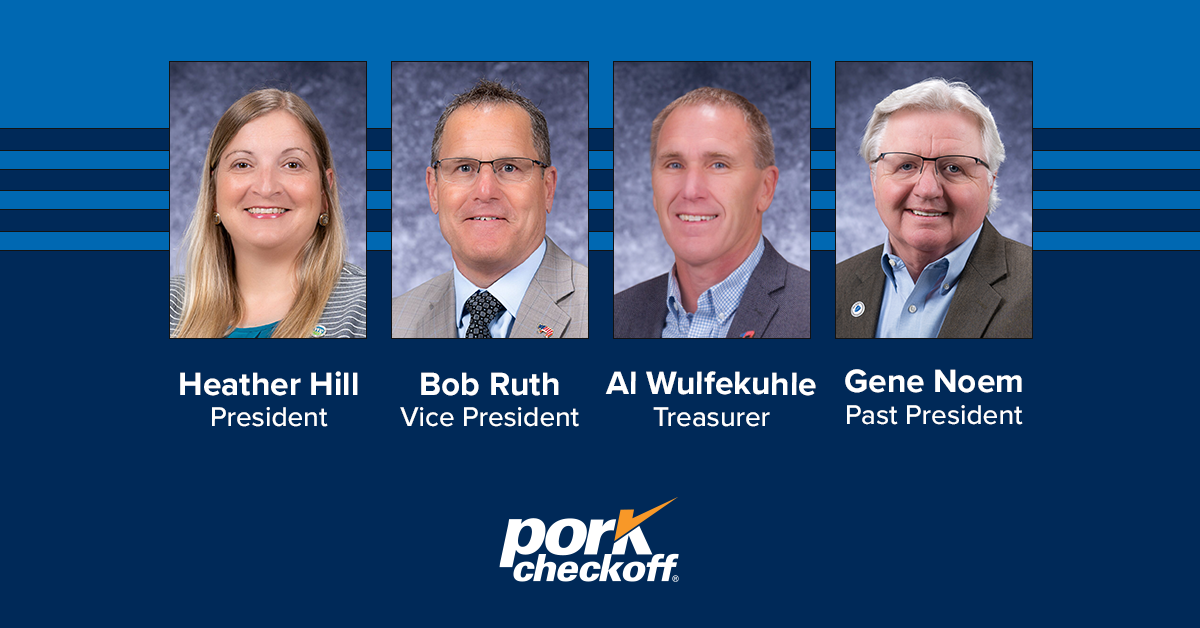 Indiana pig farmer Heather Hill was elected this week to serve as the president of the National Pork Board for the next year. Heather, her husband Marc, and his parents have a 600-sow farrow-to-finish operation in Greenfield, just east of Indianapolis, where they also grow corn, soybeans, and wheat.

Hill says she initially got involved in leadership roles because of what she’s most passionate about her family.

“When I first became involved at the state level through Indiana Pork and served as the president there and then became involved with National Pork Board and joined the officer rotation, it was very much I feel like we need to be willing to stand up and be the voice for our industry today if we want there to be an industry for our children in the future.”

Hill shared with HAT some of the top priorities currently facing pork producers. She mentioned trust and image with consumers, freedom to operate, and trade. Perhaps the biggest though is the threat of a foreign animal disease reaching the US.

“A lot of work is being put into not only keeping [a disease] out, but at the same time also be prepared if a foreign animal disease like African swine fever were to make it to the United States.”

Having served as vice president of the National Pork Board last year and as the treasurer prior to that, the financial responsibility of spending pig farmers’ money is something she takes very seriously, as does the rest of the 15-person board.

“We are always questioning things, challenging things, and looking through the lens of was that a judicious use of checkoff dollars because they are very precious funds, and we want to make sure that we are spending them in a way that results in a return on investment for producers.”

Another priority Hill has over the next year is to build engagement among pork producers.

“I just want producers to get engaged at their local, state, and national levels, ask those tough questions. The Pork Board is here to support producers in the areas of promotion, education, and research, and everything we do is to hopefully make things better for our producers.”

Hill spoke with HAT from the World Pork Expo taking place this week in Des Moines, Iowa. She says she’s given out many hugs to those she hasn’t seen in quite some time and there’s “excitement in the air as we all come together to celebrate this great industry.”