Victory and milk go hand-in-hand at the Indianapolis 500.

The rookie drivers for the 106th Running of the Indianapolis 500 were honored by the American Dairy Association Indiana, Inc. during the 48th annual Fastest Rookie luncheon this week at the Indianapolis Motor Speedway.

Even though the rookies hail from all over the world, including Switzerland, Great Britain and Denmark, they are well aware of the traditional milk prize for the race winner and want to experience that taste of ice-cold milk that comes with victory.

“I used to drink champagne when I would be on a podium in Formula One, [but] obviously the [Indy] 500 is a very different one,” says Romain Grosjean, driver of the #28 Honda with Andretti Autosport.

Grosjean is the Fastest Rookie winner ahead of the 106th Running of the Indianapolis 500 and will be starting ninth in Row 3.  He has chosen whole milk, and says he hopes to not only win and drink the milk, but also take what he calls, a ‘milk shower’ as part of the celebration.

“I hope I can drink it, that whole milk that you drink and pour on your head. It looks good [in photographs], so I hoping to have my picture one day with a ‘milk shower,’” says Grosjean. 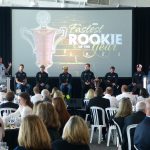 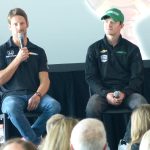 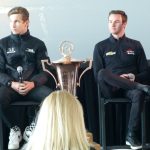 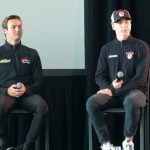 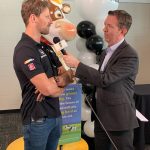 Hoosier Ag Today’s C.J. Miller interviews NTT INDYCAR SERIES driver Romain Grosjean, who was honored as the Fastest Rookie of the Year by Indiana Dairy on Tuesday at the Indianapolis Motor Speedway ahead of the 2022 Indy 500. Photo: Andy Eubank / Hoosier Ag Today. 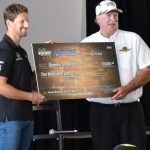 David Malukas is another rookie and starting in Row 5 and driving the #18 Honda with Dale Coyne Racing with HMD Motorsports in Sunday’s Indy 500. He says he’s a BIG fan of the milk tradition with the race winner.

“I LOVE milk! I absolutely love it. I chose the two-percent, but now that I saw that whole milk might look better on the pictures, I might switch that out,” said Malukas. “I’ve already had a taste of the milk here and it tasted so good. Fingers crossed, if we do end up winning it, I’m pretty sure the milk is going to taste a whole lot better up in Victory Lane.”

Starting in Row 7 is Callum Ilott, who is driving the #77 Chevrolet for Juncos Hollinger Racing. The British driver chose two-percent milk as his milk preference, even though he admits he didn’t know what it was.

“I think, in the U.K., we don’t have a specific two-percent labeled milk, so I just saw it on the board and I was like, ‘I really haven’t had that before.’  Simple as that. Easy decision for me,” says Ilott.

Kyle Kirkwood, who is driving the #14 Chevrolet for A.J. Foyt Enterprises, will be sipping whole milk if he’s first across the yard of bricks.

“I’m going whole milk just because I feel like that’s what the drivers should deserve. [It] should be all the milk you can possibly get at the end of the race,” says Kirkwood.

Meanwhile, Christian Lundgaard, driver of the #30 Honda for Rahal Letterman Lanigan Racing, has listed whole milk as his preference, but wasn’t quite sure what he had chosen when he was asked during the Fastest Rookie luncheon.

“I’m sure at that point [after winning], we won’t taste the difference anyway!” says Lundgaard.

Click BELOW to hear C.J. Miller’s exclusive interviews with several of this year’s Indy 500 rookie drivers during the Fastest Rookie Luncheon presented by American Dairy Association Indiana – as the drivers all race for the checkered flag and that celebratory bottle of milk in Victory Lane. 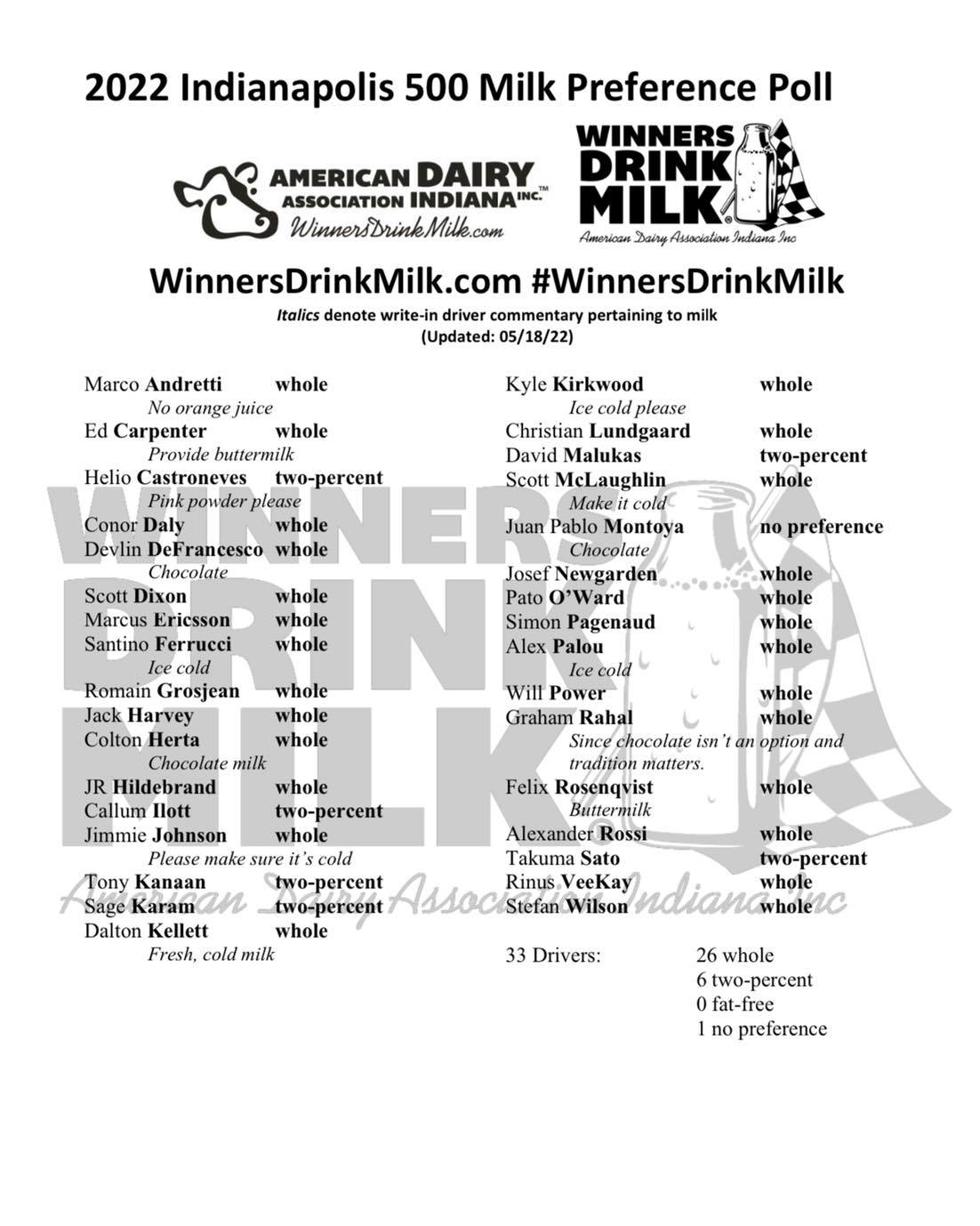