Is Your Hay Too Hot? 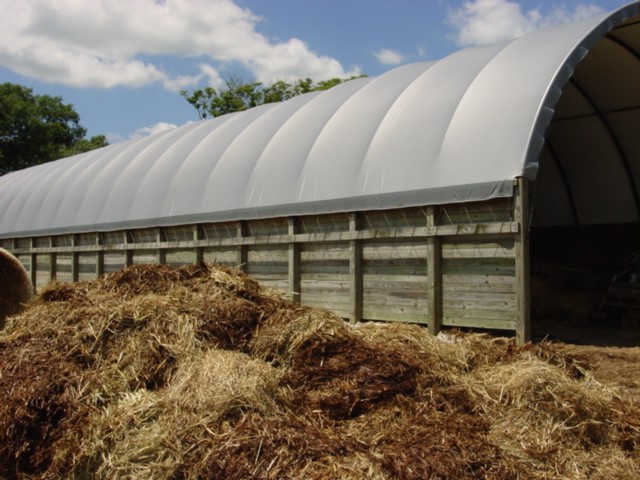 Hay in the foreground was removed from the hoop building because it was smoldering. (Photo Credit: Keith Johnson / Purdue Extension)

Much hay has been made in Indiana the last two weeks and much forage remains to be harvested. It is important to package hay at the correct moisture content to avoid excessive heating of bales when in storage. Target moisture to begin baling hay without an effective preservative is 20 percent, 18 percent and 17 percent for small rectangular bales, large round bales, and large rectangular bales, respectively.

Excessive heating can result in mold formation by microorganisms, the binding of amino acids to soluble sugars that results in reduced available protein, reduced forage quality, and the possibility of storage structure fires.

It is quite normal for a temperature rise to occur after hay is packaged, but anything greater than 125 degrees Fahrenheit should be intently monitored. My observation has been that hay producers are watchful of the possibility of “hot” hay for several days after it is put into storage. After this time, the hay may be assumed to be okay and not monitored again.

With hay storage structure fires, it may take three to four weeks before spontaneous combustion occurs. It is important to note temperature for an extended period of time and not just for a few days.

Temperature probes are available through many agricultural vendors. An online search will provide many resources to consider. The probe should be strong so it can penetrate through tightly packed bales to a length of around six feet preferred. Options for making a probe that permits thermometer insertion on a string can also be found with an online search.

The following table provides temperature values and action steps that should be considered when hay is put into storage. 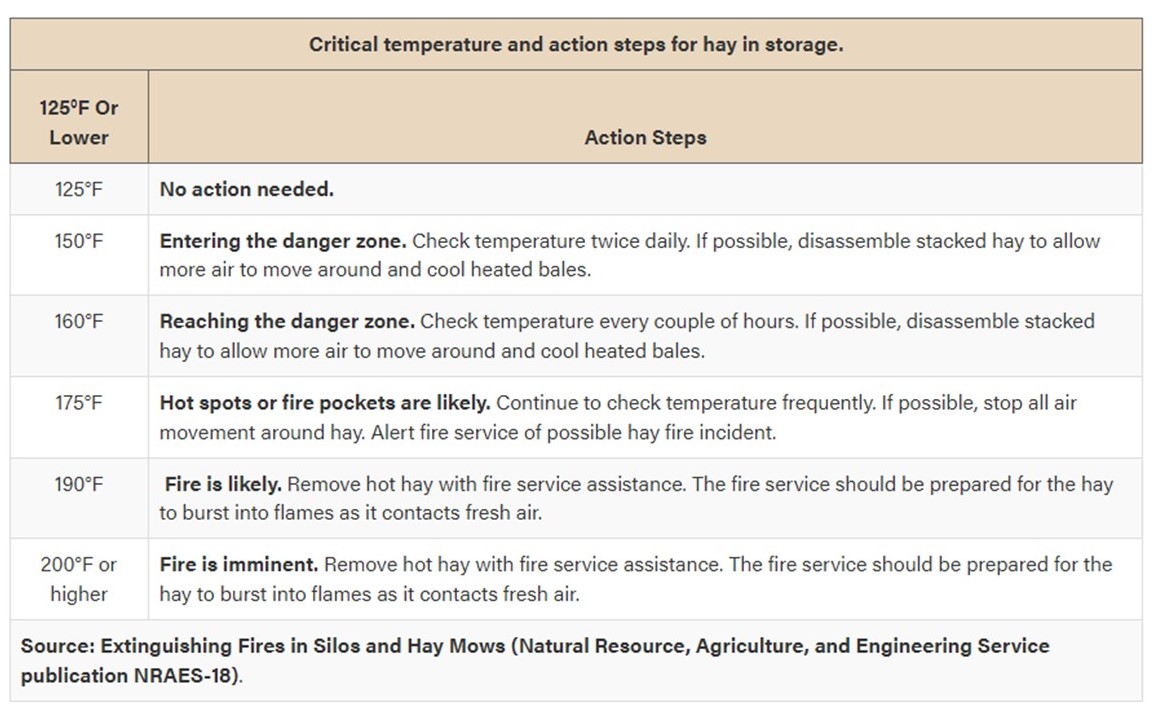 Much effort goes into the production of high quality hay. Don’t let the effort “go up in smoke!”