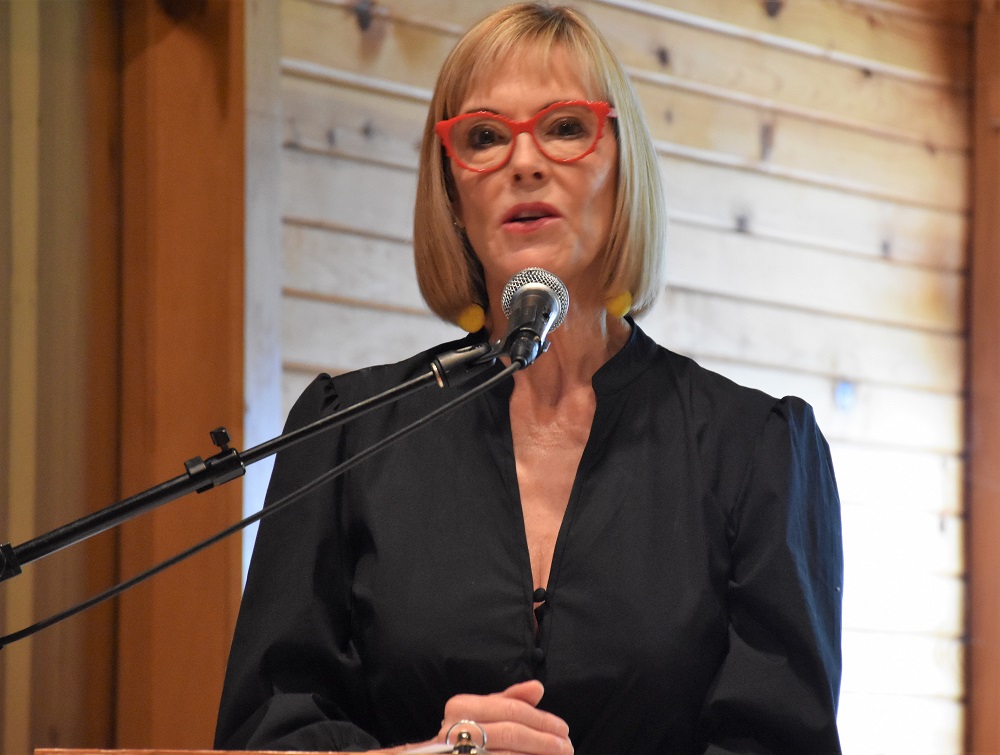 Lt. Governor Suzanne Crouch presented the annual AgriVision awards during the Celebration of Agriculture at the Indiana State Fair Thursday. But for the LG, thoughts of Rep. Jackie Walorski were omnipresent after many years working closely with her.

“I served with her in the in the House of Representatives and then as Auditor of State and now Lieutenant Governor,” she told HAT. “I interacted with her constantly as a member of Congress and Jackie will be sorely missed because she was a larger-than-life kind of person. She was very compassionate, very caring, very plain spoken. You always knew where you stood with Jackie, and she didn’t mince any words about it. But I think the outpouring of support that’s been demonstrated by leaders of both parties speaks to the type of person and leader that she was.”

“Her spirit will be missed forever. You will never ever find another Jackie Walorski,” said Crouch.