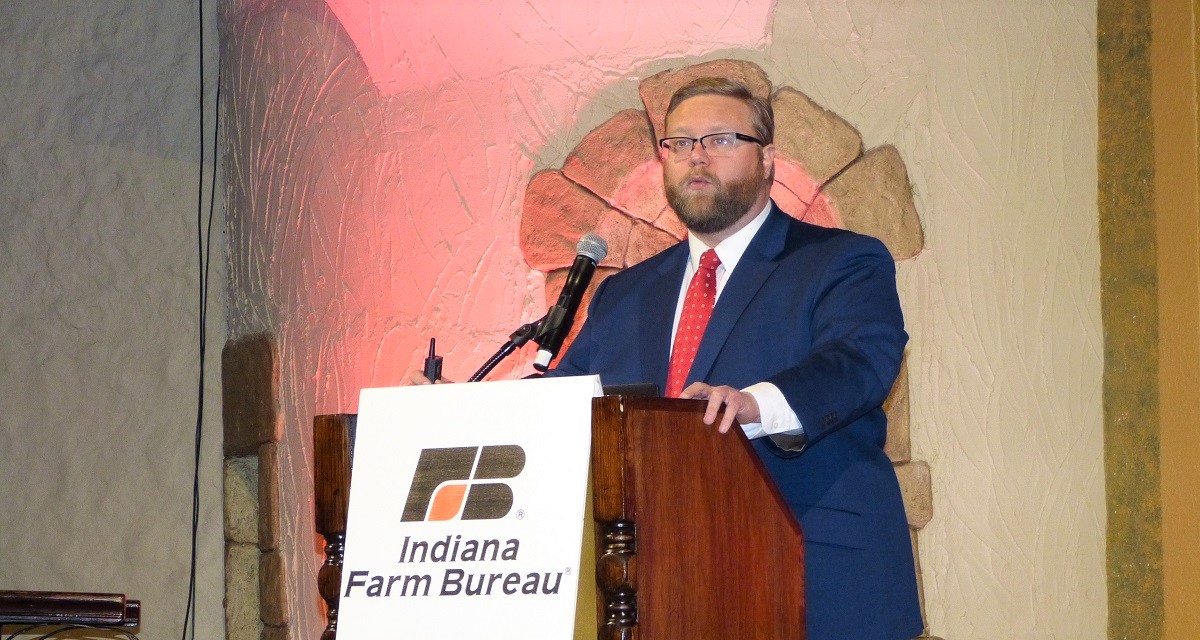 Seeking out more money for several Indiana ag agencies is just one of Indiana Farm Bureau’s policy priorities for 2023.

“I’ve heard some legislators joke that it’s a lot easier to say no when there is no money, and so the pickle they find themselves in is having a little extra,” says Jeff Cummins, Director of State Government Relations with Indiana Farm Bureau, talking about Indiana’s $5 billion in budget reserves – as your state lawmakers in the Indiana General Assembly are working now on the state’s budget to cover the next two years worth of funding and projects.

During Indiana Farm Bureau’s legislative forum at the Indiana Roof Ballroom in downtown Indianapolis on Tuesday, the organization says they are asking state lawmakers to increase funding for several Indiana ag agencies.

“The Indiana State Fair, like many folks, ran into some higher costs because of COVID, inflation, and supply chain issues, so we’re supporting them in their effort to make continued improvements,” according to Cummins.

“At Purdue, it’s funding for research, County Extension offices, and the university’s Animal Disease Diagnostic Laboratory,” says Cummins. “We need improvements there to enhance performance and services for particularly those in the livestock sector.”

“With the Indiana State Department of Agriculture, they took a haircut in the 2021 budget and never got that back, so it’s increased conservation funding, which we know is a great return on investment,” adds Cummins. 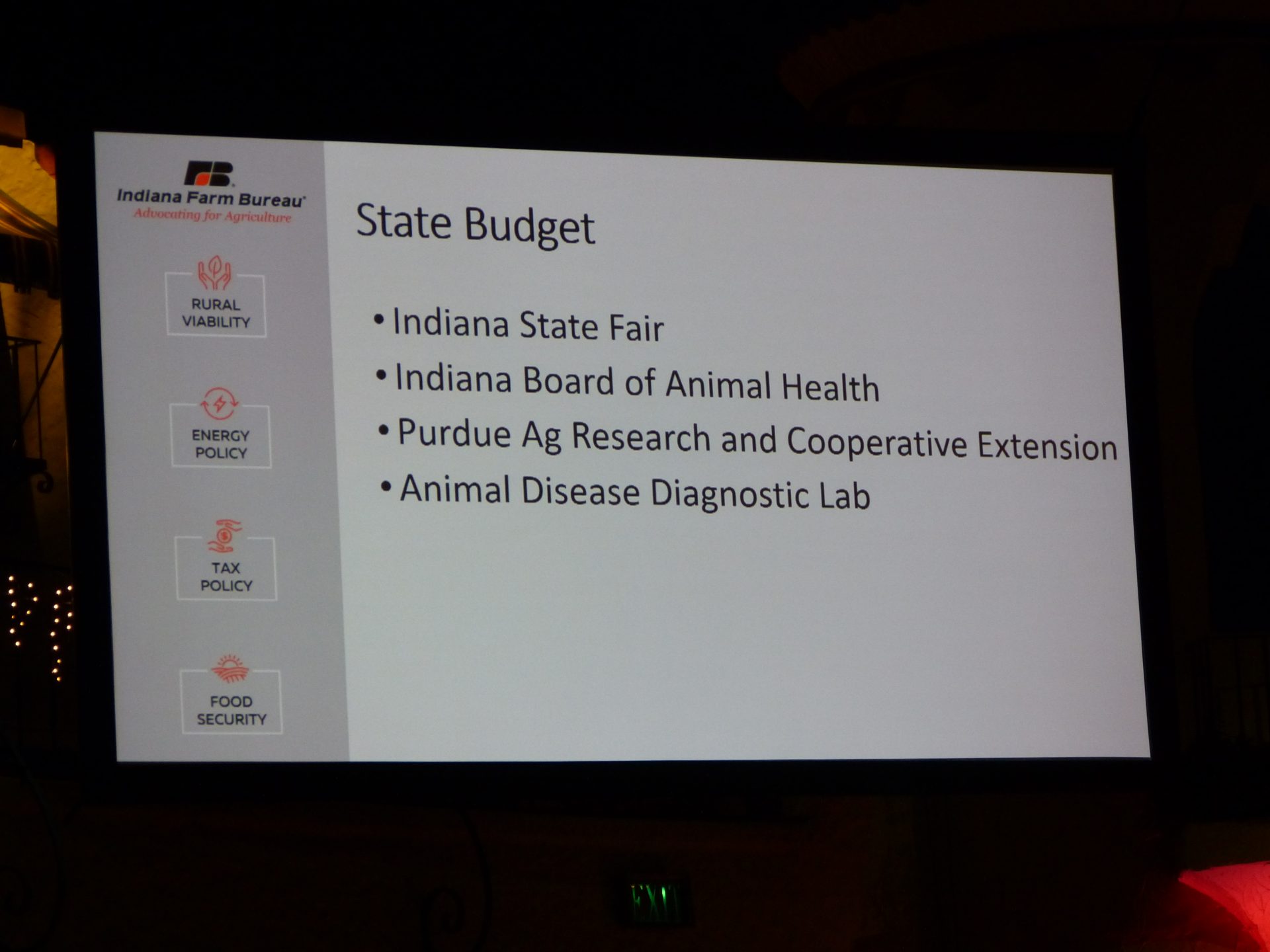 A few of the state’s ag agencies that Indiana Farm Bureau will be pushing for increased funding from the state budget during the 2023 Indiana General Assembly. Photo: C.J. Miller / Hoosier Ag Today.

“That’s the agency that licenses and regulates green warehouses around the state, so they need staff and they need to be able to retain that staff,” according to Cummins. “We know that there’s a performance review coming out this year from that agency on their auditing and licensing procedures. That’s what we want to make sure they have the resources to meet whatever standards or new enhancements that performance review might call for.”

As Indiana Farm Bureau also looks to increase state spending on rural broadband expansion, as well improvements of county roads and bridges, they recognize the many different challenges to their funding requests.

“Everybody is out rattling the tin cup, and I don’t mean that pejoratively, but there are a lot of requests,” says Cummins. “If I had to give an overarching theme for this year’s state legislative session, workforce, education, and healthcare will be the dominant forces there, so where do the dollars go? How do they find ways to fund all this while maintaining those reserves? It’s important not to deplete that.

“There are lots of requests out there for state funding, so we’re going to do our due diligence with our partners to make sure we have the right data and good arguments, so we’re continually surveying the landscape for what our partners need and how we can help,” says Cummins.

Click BELOW to hear C.J. Miller’s news report and interview with Jeff Cummins, Director of State Government Relations with Indiana Farm Bureau, as he discusses the push for additional funding for several Indiana ag agencies in the 2023 session of the Indiana General Assembly.