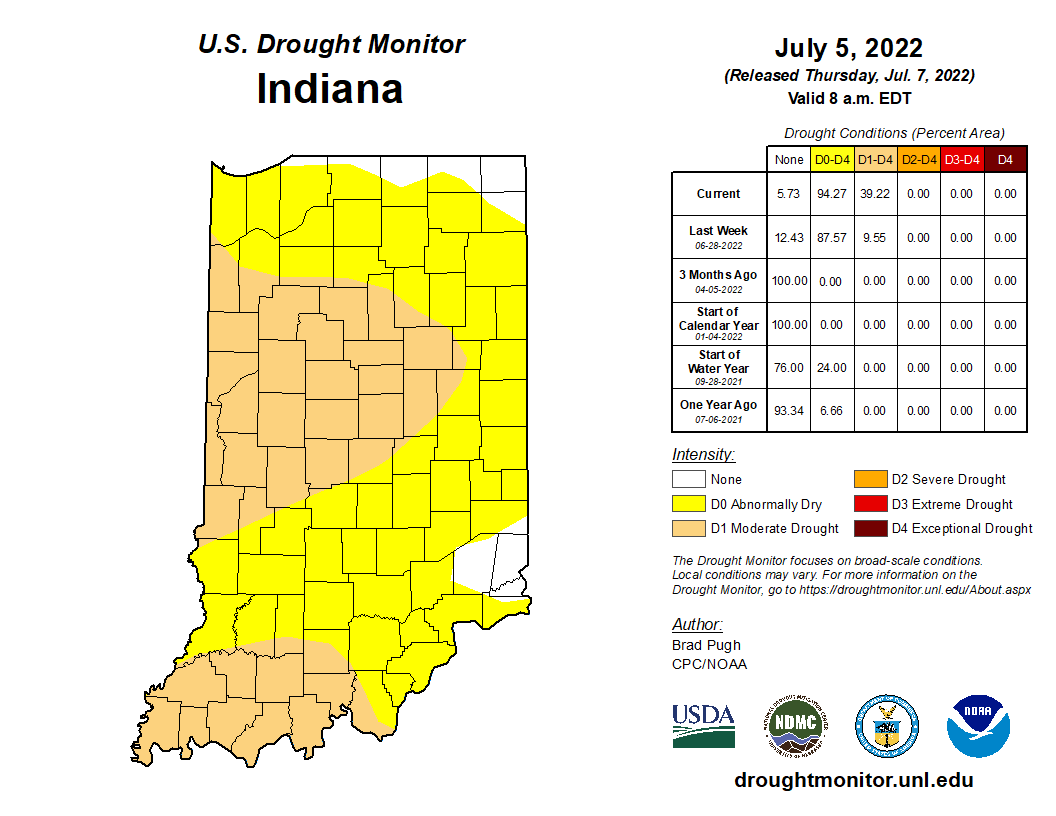 According to the U.S. Drought Monitor, 94 percent of Indiana is experiencing abnormally dry conditions with 39 percent of the state currently going through a moderate drought as of Tuesday, July 5.

Only Steuben County in northeastern Indiana, and Dearborn and Ohio counties in southeastern Indiana were the only counties among the 92 across the state that are not currently experiencing dry conditions or a moderate drought in all or part of their respective counties.

Areas of northcentral and southwestern Indiana are listed as experiencing moderate drought. 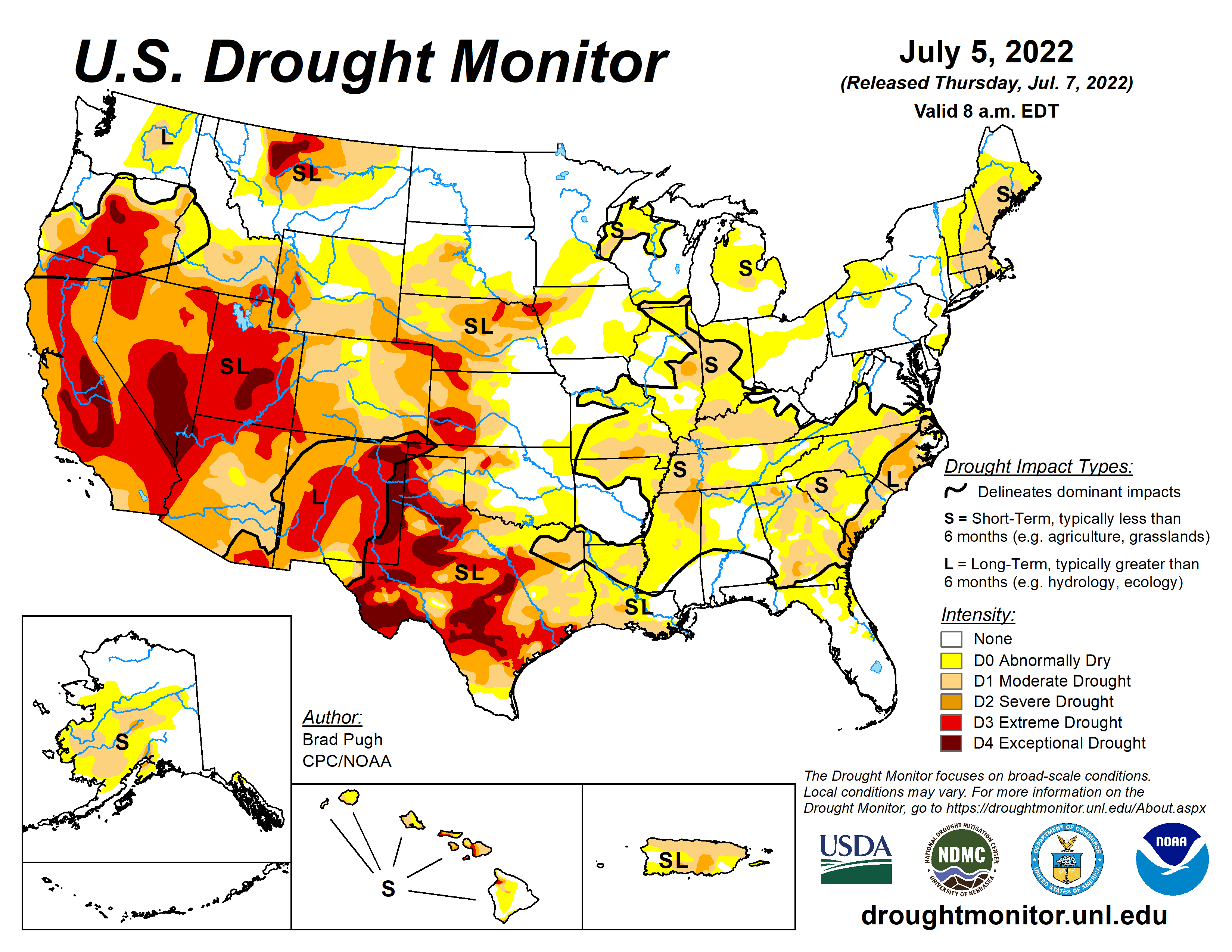 Courtesy of the U.S. Drought Monitor.

The Drought Monitor also shows much of the U.S. is dealing with dry conditions. All but 16 percent of the West region is in some form of drought, with 28 percent considered D3-D4, the worst drought classifications. Another 16 percent of the South region is drought-free, with 23 percent in D3-D4.

Thunderstorms brought locally heavy rainfall and drought relief to parts of the central to northern Great Plains. However, temperatures averaged above normal throughout the Great Plains. A tropical disturbance in the western Gulf of Mexico and a trough of low pressure resulted in heavy rainfall and improving drought conditions to southeast Texas and southwest Louisiana.