With Thanksgiving just around the corner, it’s time to start thinking about getting that turkey for your holiday meal. One Indiana farm that produces whole turkeys for your table is Gunthorp Farms in LaGrange County.

“Turkey season is definitely a crazy time of the year for us,” says Greg Gunthorp – owner of Gunthorp Farms. They raise as many 14,000 turkeys on their 275-acre pasture farm in northeastern Indiana. Greg says they’ve been raising and selling whole turkeys now for about 15 years.

“We got started raising turkeys at the request of one of our customer’s retail shops in Indianapolis. We were selling them some pork, chicken and duck at the time and we thought, we’ll try raising turkeys for you,” says Gunthorp.

He says his family’s turkey farm is unique for several different reasons. 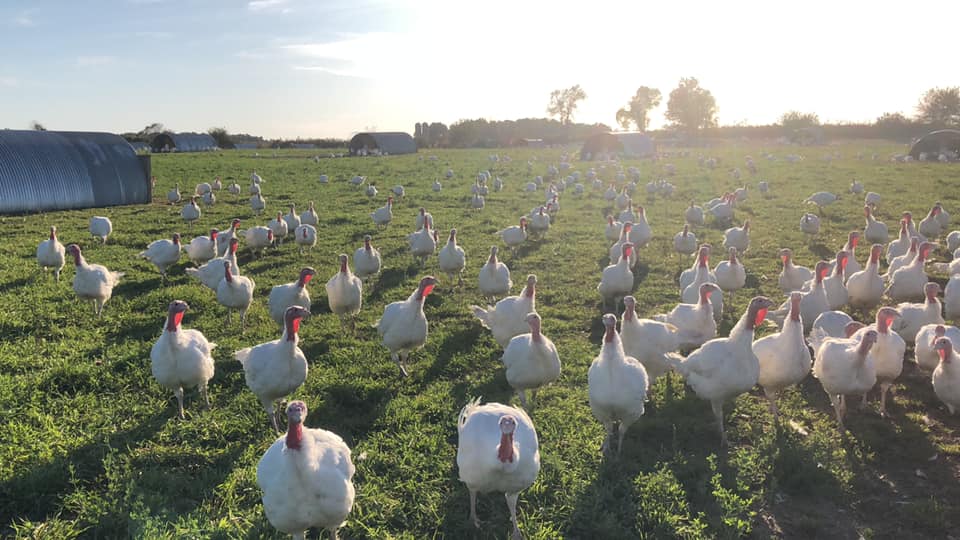 “Our turkeys are raised on pasture, which is unique in that most turkeys aren’t raised outside nowadays,” according to Gunthorp. “We’re a small independent operation – that’s unique because the turkey industry, just like a lot of other agricultural industries, is consolidated. Also, that we have our own USDA-inspected processing plant right on the farm is extremely unique.”

Yet, another unique feature of Gunthorp Farms is that they raise both poultry and red meat. Their farm has not only turkey and ducks, but hogs and sheep. Greg says livestock diversification has its challenges.

“It requires more management and requires some different equipment for some of the different species,” according to Gunthorp. “If we were doing the same dollars or pounds of just one species, that could be easier to train the help and you could have less equipment.”

However, Gunthorp says raising many different kinds of livestock also means not having to solely rely on one animal and the value of its meat to make or break the farm.

“The diversification also creates some opportunities and some advantages,” says Gunthorp. “If we have an issue, or if the market is down for one animal, we’ve got a another enterprise that might pull its weight.”

Greg says he’s thankful that his family farm business of selling whole turkeys has grown rapidly in such a short period of time.

“If each of our turkeys averages ten people, we’ve had Thanksgiving dinners where there’s more than 70,000 people eating a Gunthorp Farms turkey,” he says. “I never thought 15 years ago that our little farm would be doing something like that.”

Click BELOW to hear the FULL podcast interview with Greg Gunthorp – owner of Gunthorp Farms in LaGrange County in northeastern Indiana – as he talks about the many things that makes his turkey farm unique from others across the state. 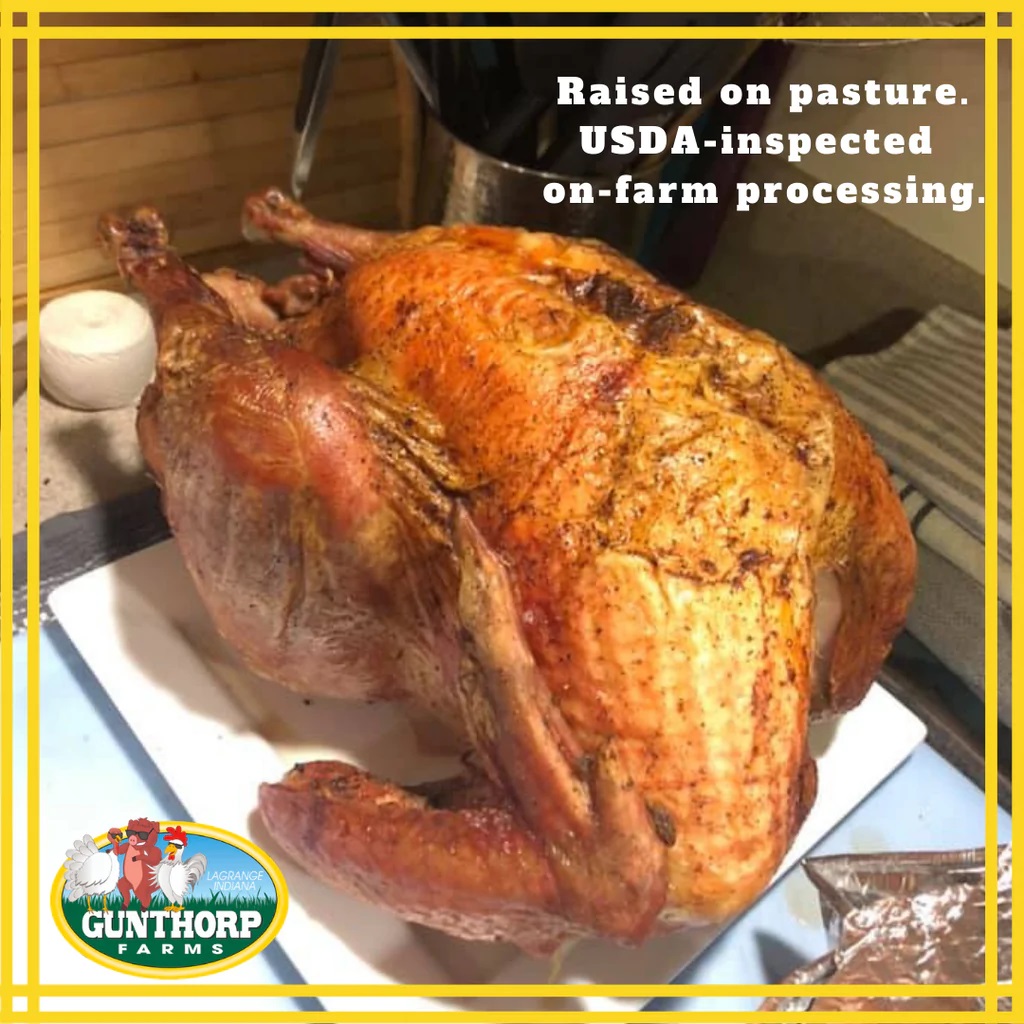