POET Poised for Growth with Cloverdale Facility Reopening in 2023 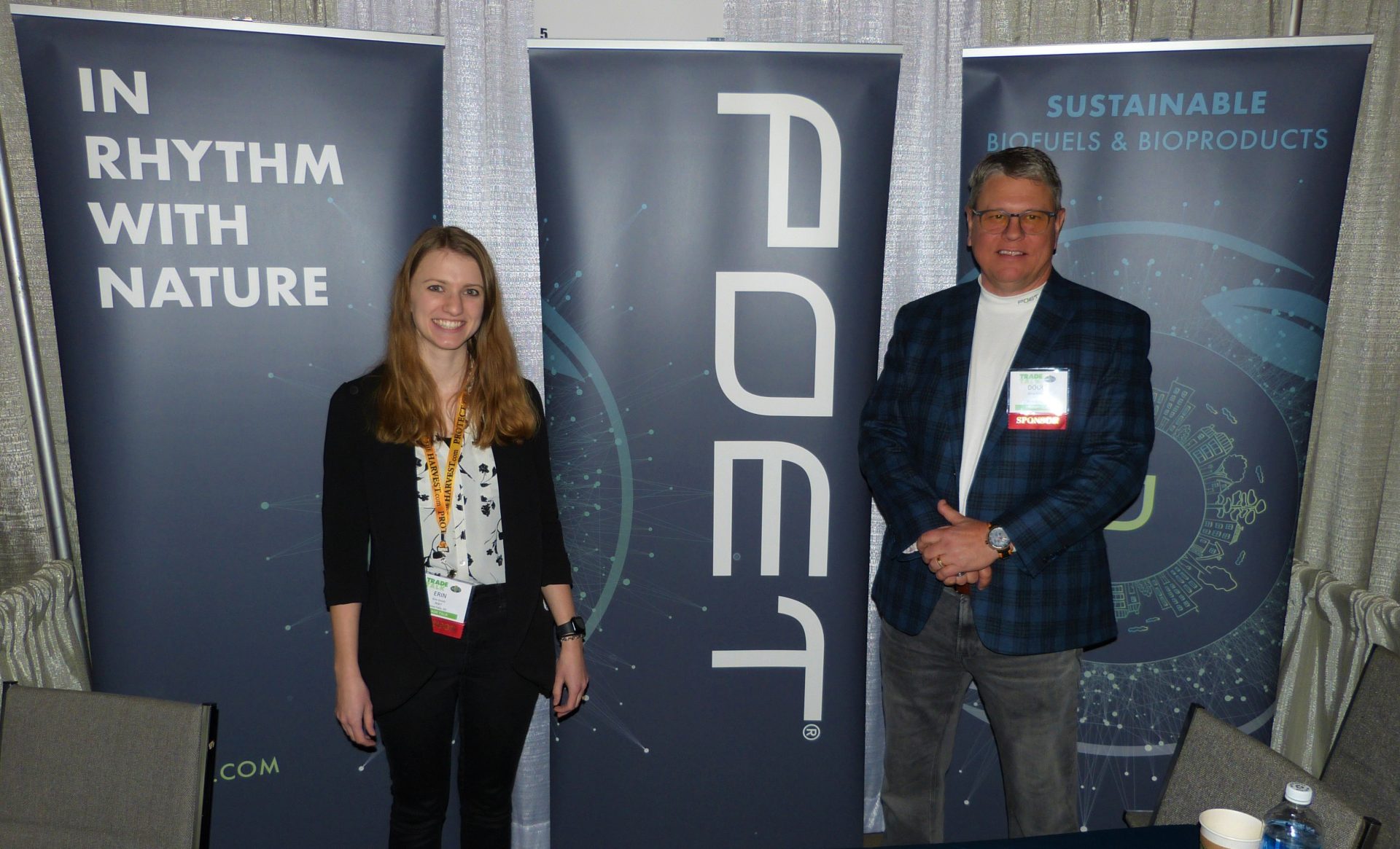 As we look now to 2023, an additional bioethanol facility is scheduled to be back up and running next year in Indiana. POET, the company that owns that facility, says it has also big plans for the next 12 months and beyond.

“We see tremendous potential in the future and we are positioning ourselves for growth,” says Doug Berven, Vice President of Corporate Affairs with POET (shown above at right with Erin Smith, POET Media Specialist, at left).

The company has four bioethanol facilities in Indiana – in Shelbyville, Portland, Alexandria and North Manchester. Last May, POET says it will reopen it’s fifth facility in Cloverdale in Putnam County in 2023. 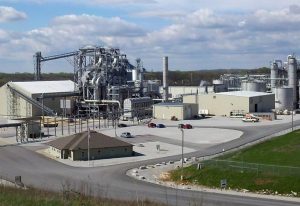 POET Bioprocessing – Cloverdale in Putnam County, which the company says it plans to reopen in 2023.

“We’re very excited about that announcement,” said Berven. “We’re going to produce somewhere in the one hundred-million gallon range for ethanol, and that’s going to mean millions of bushels of demand for farmers in the area who deeply need that. You need to have growing markets for ever-increasing yields, which have been going up for years, and that’s going to continue. We need to grow the biofuels market to soak that surplus grain to offer a margin for farmers in the area.”

Berven says that POET’s long-terms will create a win-win across the board for farmers, Indiana’s ag economy, and consumers.

“We currently provide 10% of the nation’s fuel supply, but we want to go to 15%,” said Berven. “We can do that with excess capacity that we have today. Part of the reason we’re bringing Cloverdale back on is we’re increasing the blend rate of bioethanol in the fuel supply. That’s going to lower the price at the pump and that’s going to offer more markets for farmers all over the country, and frankly, all around the world.”

Most of all, Berven says the biofuel industry proves how important the overall ag industry has become in solving many of the world’s problems.

“Farmers are going to be asked to produce more food, more feed, more fiber, more fuel and more energy in general,” said Berven. “I think that it’s really important for farmers to realize that the world is depending on them more and more. Farmers are getting more respect, and I think that’s a really good thing. Biofuels are going to play a major role in that.”

POET is hiring for several positions to reopen the Cloverdale facility. Click HERE to apply online.

Click BELOW to hear C.J. Miller’s news report and interview with Doug Berven, Vice President of Corporate Affairs with POET, as he discusses the growth of the company as the Cloverdale bioethanol facility in Putnam County, Indiana is set to reopen in 2023.