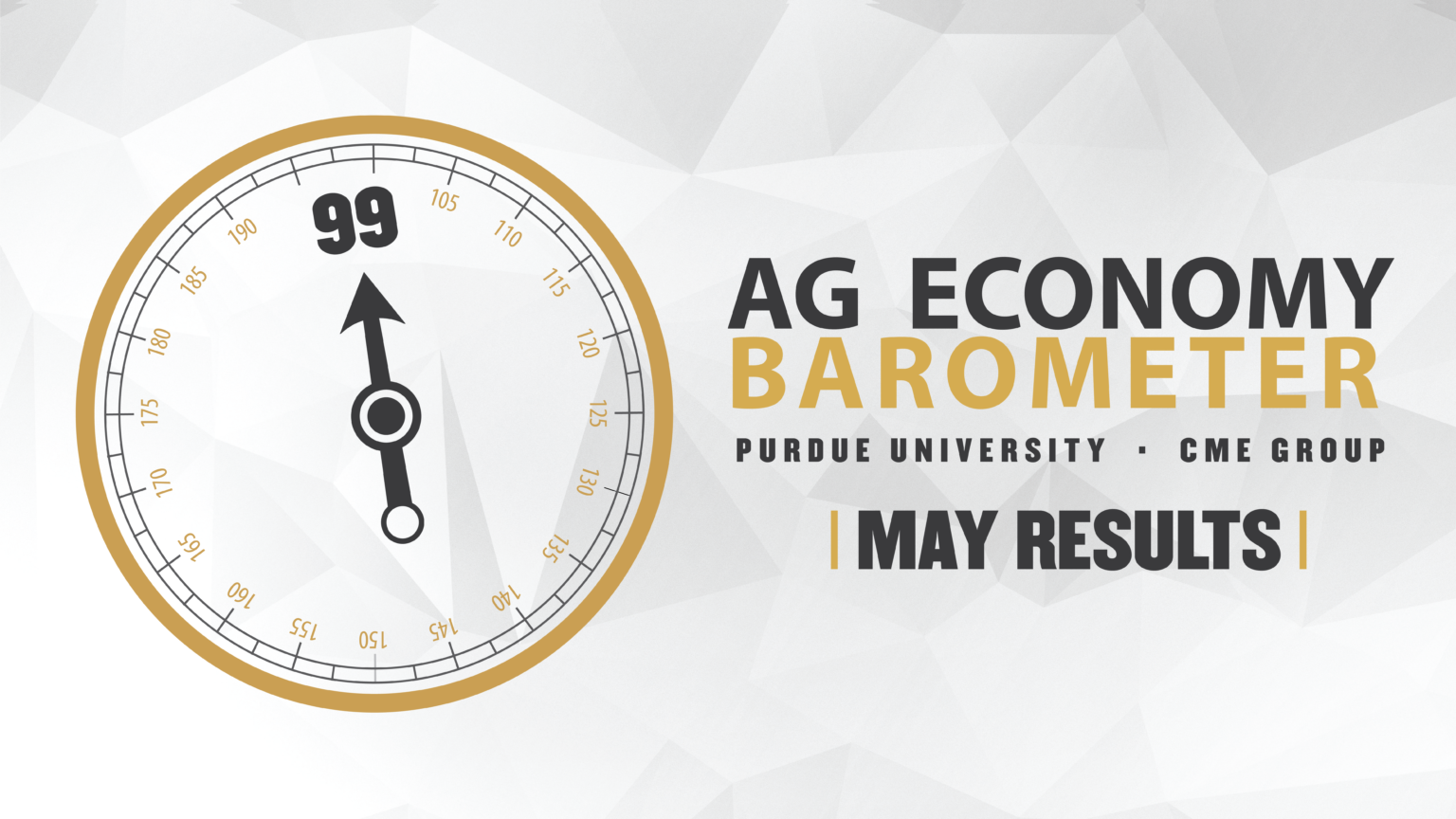 When it comes to the economy and production costs, a lot of farmers don’t have a positive outlook for the future.

According to a recent phone survey among 400 farmers and ag producers in the U.S., their perceptions regarding current conditions on their farms, as well as their future expectations, were both down sharply from April to May.

That survey is from the Purdue University/CME Group Ag Economy Barometer for May 2022.  The number dropped to its lowest level in more than two years – down 22 points in May to a reading of 99. 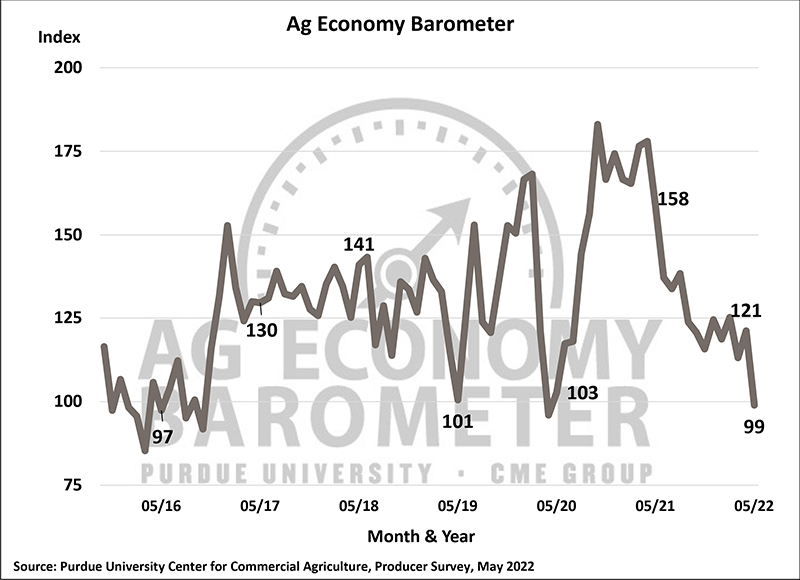 “Despite strong commodity prices, this month’s weakness in producers’ sentiment appears to be driven by the rapid rise in production costs and uncertainty about where input prices are headed,” said Dr. James Mintert, the barometer’s principal investigator and director of Purdue University’s Center for Commercial Agriculture. “That combination is leaving producers very concerned about their farms’ financial performance.”

The Farm Capital Investment Index drifted to an all-time low in May and is down 30 points from this same time last year. In the May survey, only 13% of respondents said this is a good time to make large investments in their operation, while 78% said they viewed it as a bad time to invest in things like machinery and buildings.

Half of the producers in this month’s survey said their machinery purchase plans were impacted by low farm machinery inventory levels, up from 41% in the April survey, suggesting that supply chain issues are at least partly responsible for the ongoing weakness in the capital investment index.

Higher input costs remain a top concern for producers with 44% of those surveyed choosing it as the biggest concern facing their farming operation in the coming year. Additionally, 57% of producers said they expect a 30% or more rise in prices paid for farm inputs in 2022 compared with prices paid last year.

The May survey also asked producers about their expectations for input costs in 2023 compared to 2022 with nearly 39% of producers indicating they expect an additional cost increase of 10% or more in the coming year.

Lastly, farmers remain optimistic toward farmland values. The Short-Term Farmland Value Expectations Index, based upon producers’ 12-month outlook, rose 1 point to a reading of 145. Meanwhile, the Long-Term Farmland Value Expectations Index, based upon producers’ farmland outlook over the upcoming five years, rose 8 points in May to a reading of 149. In a follow-up question, respondents who expect farmland values to rise over the next five years were asked the main reason they expect values to rise. Over the past few months that this question has been posed, respondents have consistently chosen nonfarm investor demand as the top reason, followed closely by inflation.

Click BELOW to hear C.J. Miller’s report on the Purdue/CME Group Ag Barometer for May 2022.