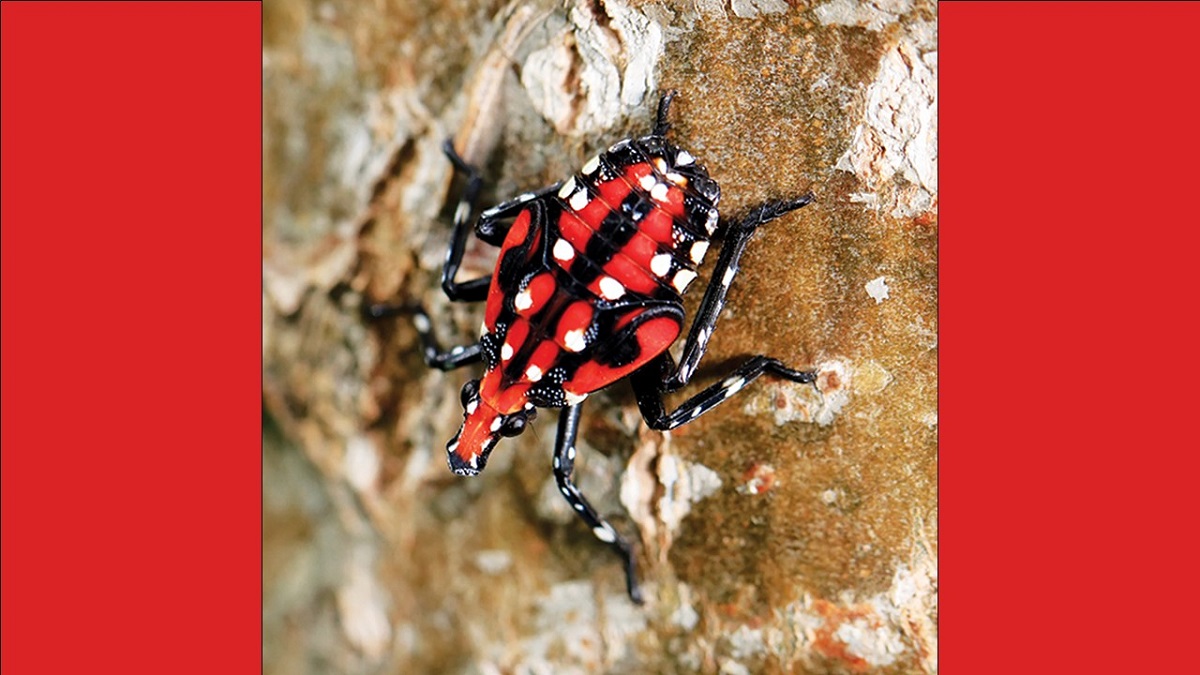 Like a stylish secret agent, the spotted lanternfly has a striking appearance, but it is shrouded in mystery. Its movements are stealthy and devastating. And like something out of a suspense novel, a skilled team is using satellite technology to stay one step ahead of it.

The USDA Tactical Sciences for Agricultural Biosecurity program awarded nearly $1 million to Purdue University for a project to use satellite remote sensing to learn more about this mysterious pest and develop a model to predict its movements.

“The spotted lanternfly has the potential to be a major forest pest and economic threat, but we know very little about it,” said John Couture, associate professor of entomology and forestry and natural resources in Purdue University’s College of Agriculture, who leads the project.

“While tree of heaven is the dominant preferred host for lanternfly, other economically valuable hosts are also preferred. Walnut, grape, and a variety of fruit trees are some of its favorite alternative hosts. If we could predict where it would go next, protections could be put in place and damage could be reduced.”

Couture and a team including collaborators at Purdue, Pennsylvania State University and Temple University will use satellite data to study the spotted lanternfly, observe changes in infested trees, and map and predict the pests’ spread.

The spotted lanternfly, easily identified by a splash of red on its wings and almost polka dot spots, is native to China and was first detected in the U.S. in 2014. The insect uses a piercing mouthpart to feed on phloem, the tissue that transports nutrients throughout the tree.

The pest doesn’t fly long distances, but it hitches rides in cargo and has spread following major transportation routes. Its local spread and how it moves once it has arrived in an area is less understood, Couture said. That is what the team plans to target with new technology based on remote sensing.

“We are all familiar with satellites’ mapping capabilities through apps like Google Earth, but some satellites also capture spectral data that can tell us about the health of and stress responses within a tree,” said Couture, who is a part of Purdue’s Digital Forestry initiative. “Common characteristics of host trees and changes in infested trees may reveal what makes them attractive to this invasive species. We don’t know why the lanternfly chooses certain tree species and prefers different hosts at different stages of its life, but we hope to find out.

The team plans to couple what it learns from the spectral data with tree stand proximity to major transportation routes to create a model that will predict spotted lanternfly movement, he said.

“One thing in our favor is that the lanternfly feeds on the outside of the tree, so it is different from other stem boring pests, such as emerald ash borer,” said Couture, who also is a member of Purdue’s Center for Plant Biology and Hardwood Tree Improvement and Regeneration Center. “This means a broader range of mitigation strategies can be used, like different cultural practices and pesticide applications.”

Couture has combined his expertise in plant chemical and physiological ecology and plant-insect interactions with remote sensing since his first position out of graduate school in a remote sensing lab.

“The scale that can be achieved through remote sensing is incredible,” he said. “We can mine data from hundreds of thousands of trees within a matter of days, and those data can be used to show what happens under natural conditions. By pairing this with what we learn from controlled studies, we make giant leaps in our understanding of the world around us. We hope that this is only the beginning, and such tools can be created to predict the spread of other invasive and destructive species.”

The Digital Forestry Initiative is part of Purdue’s Next Moves in agriculture, which focuses on using data and technology to improve the productivity, resilience and nutritional value of plants in changing environments.