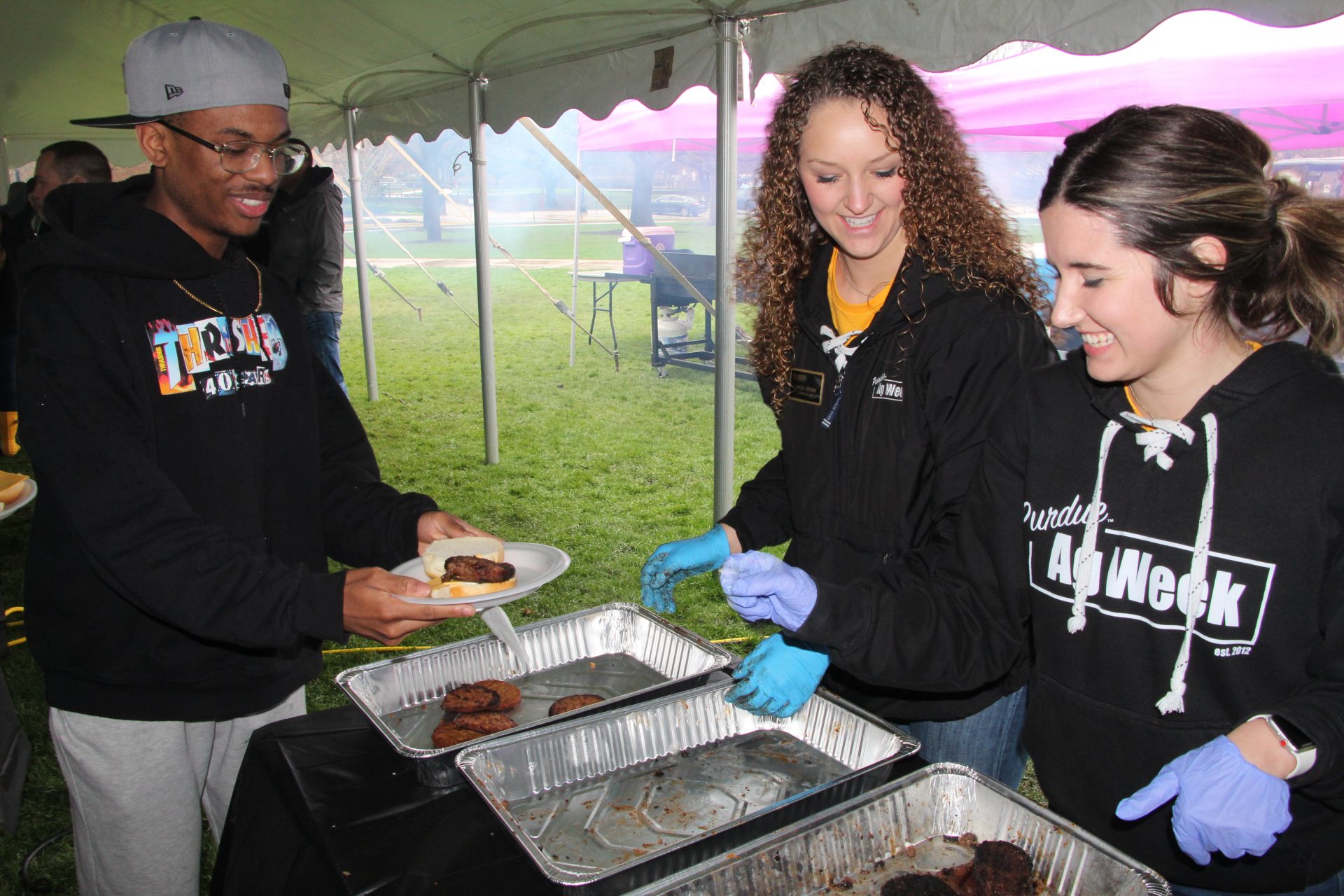 Agriculture and non-ag students are celebrating Ag Week on Purdue’s campus this week. Ag Week is put on by a task force of 20 undergraduate students.

“We all have a passion for and want to engage about the agricultural industry and the food industry, and just teach the students that aren’t a part of the College of Ag and may not know a whole lot about agriculture what we’re all about, what we’re doing to continually improve the industry,” says Purdue junior Ashley Porter, an agribusiness major and this year’s president of the Purdue Ag Week Task Force.

It started with Milk Monday where the Purdue Dairy Club handed out 1,000 grilled cheese sandwiches and showed off a cow on Memorial Mall. Then on Tuesday, it was “Tech Tuesday”.

“It’s one of our brand-new events this year. We had some tractors on campus and some technology companies came and brought drones.”

And Porter says Tech Tuesday certainly appealed to those students not in the College of Agriculture.

“I know we had Bane Welker here yesterday and they actually expressed that they had a few engineering, some of those technology kids, come by and say that they had no clue that that much technology was involved in agriculture.”

Tuesday evening, Kip Tom, former ambassador to the United Nations Agencies for Food and Agriculture, visited with Purdue President Mitch Daniels on stage in Stewart Center’s Fowler Hall to discuss his time as ambassador and his time farming in Leesburg, Indiana.

“That was a really great dialogue between the two of them. They hit on some current trends in the agricultural industry, Kip Tom gave some background on where he came from and his seventh-generation family farm. He also talked a little bit about how it’s important to take calculated risks and encouraged the rest of the student body that was there [Tuesday] night to do so.”

On Wednesday, students lined up on the Memorial Mall sidewalk to get a free cheeseburger during the Burger Bash. According to the Ag Week at Purdue Facebook page, they ended up giving out about 1,700 cheeseburgers to students despite the rainy conditions. Sponsor companies were also on hand to discuss agriculture topics and careers with students.

Ag Week continues today with the annual Hammer Down Hunger event on Memorial Mall. Students and volunteers will pack around 55,000 meals to be distributed locally and internationally. The week rounds out with “Farm to Fork Friday” where Indiana farmers will share their stories with Purdue students.