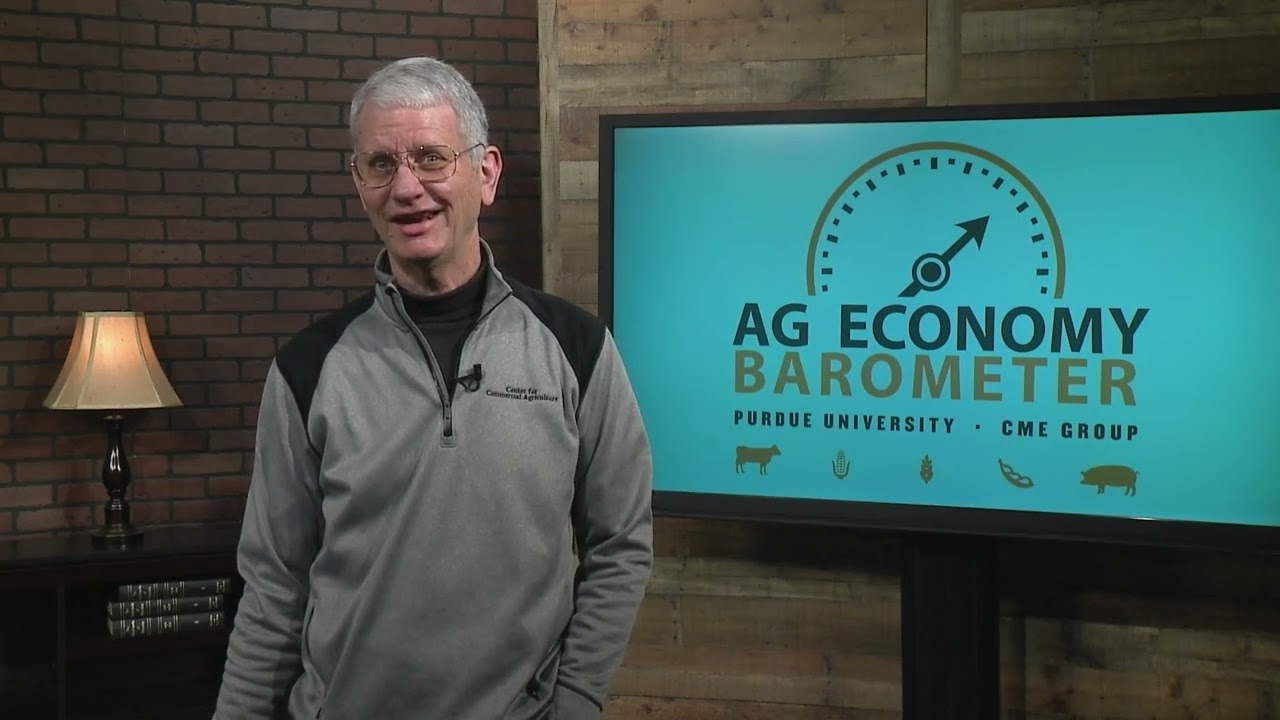 The Purdue University/CME Group Ag Economy Barometer farmer sentiment index declined 5 points to a reading of 112 in September. The decline in farmer sentiment was primarily the result of producers’ weakened perception of current conditions, as the Current Conditions Index declined 9 points to 109. The Index of Future Expectations also weakened slightly, declining 3 points from a month earlier to a reading of 113. The Ag Economy Barometer is calculated each month from 400 U.S. agricultural producers’ responses to a telephone survey. This month’s survey was conducted Sept. 19-23.

“Concerns about input costs and, in some cases, availability are key factors behind the relative weakness in this month’s farmer sentiment,” said James Mintert, the barometer’s principal investigator and director of Purdue University’s Center for Commercial Agriculture. “However, a growing number of producers are also concerned about the impact of rising interest rates on their farm operations.”

The Farm Capital Investment Index declined to a record low of 31 in September, as producers continue to indicate now is not a “good time” to make large investments in their farming operations. To understand why they felt that way, a follow-up question was posed to farmers who reported now being a “bad time” to make large investments. For the third month in a row, producers overwhelmingly (46%) said it was due to increasing prices for farm machinery and new construction; however, 21% indicated that “rising interest rates” were a primary reason, up from 14% who cited interest rates in August.

Producers’ perspective on farmland values continues to soften. This month, the Short-Term Farmland Value Expectations Index fell 5 points to 123, and the Long-Term Farmland Value Expectations Index fell 7 points to 139. Compared to a year ago, the short-term index is down 21%, while the long-term index has fallen 12% over the same time frame. In a follow-up question posed to respondents who expect farmland values to rise over the next 5 years, nonfarm investor demand (60%) remains their primary reason for the rise.

Read the full Ag Economy Barometer report. The site also offers additional resources – such as past reports, charts and survey methodology – and a form to sign up for monthly barometer email updates and webinars.

Each month, the Purdue Center for Commercial Agriculture provides a short video analysis of the barometer results. For even more information, check out the Purdue Commercial AgCast podcast. It includes a detailed breakdown of each month’s barometer, in addition to a discussion of recent agricultural news that affects farmers.