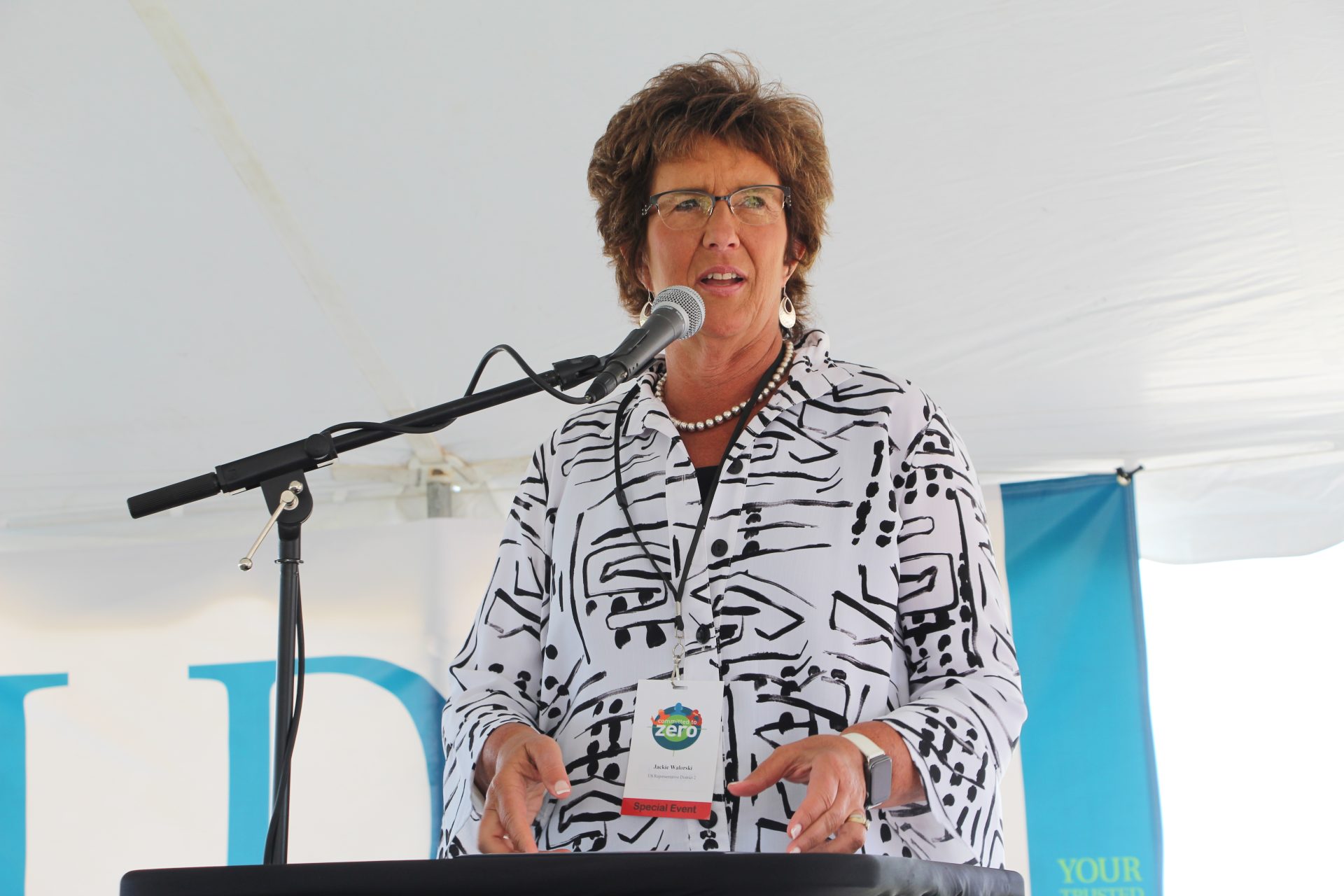 United States Representative Jackie Walorski died Wednesday in a tragic two-car accident that also claimed the lives of three others near Nappanee. Walorski’s District Director Zachery Potts and Communications Director Emma Thomson were also pronounced dead at the scene, as well as 56-year-old Edith Schmucker, the driver of the other vehicle.

Walorski is being remembered by many in Indiana agriculture today as a friend to the farmer. In fact, Walorski received the prestigious Friend of Farmer award from the Indiana Soybean Alliance and Indiana Corn Growers Association in 2019.

Steve Howell, Indiana Corn and Soy’s Senior Director of Industry Affairs told Hoosier Ag Today, “Jackie was certainly a friend of the Indiana Corn Growers Association and Indiana Soybean Alliance, but also the others involved in this tragic accident. Zach Potts was somebody we worked very closely with as well as Emma Thomson who both served on Jackie’s staff. It really is just a tragic loss and a reminder of how fragile our lives are and to live every day as if you don’t have a tomorrow.”

Howell says Walorski was a very strong leader for a number of organizations because she really cared deeply about her community and district, of which agriculture plays a big part. She was always willing to visit local farms.

“She was always willing to do that knowing that that’s the best way to hear from farmers and also see the latest in agriculture- the latest technology, the volumes we handled, and the scale in which we operate. She understood that getting out on that farm was the way to understand the industry and she was always reaching out. Actually, she was always reaching out with ideas trying to get us engaged in solving problems as well, so it wasn’t just us asking for help.”

Just prior to the accident, Walorski and her staff were at a ribbon cutting ceremony at Louis Dreyfus Company in Claypool for their new soy liquid lecithin plant. She spoke with Hoosier Ag Today at the event and her love for her district and the farmers in it was apparent.

“This is so much a reason to celebrate,” Walorski exclaimed. “You know, if it was last year or any other year it would be exciting, but today is dynamic. You just don’t hear this kind of good news in ag as much as we want to. But for the worker, the Hoosier farmer, and the partners around here with Louis Dreyfus, I couldn’t be happier.”

Officials from Louis Dreyfus Company shared their sadness in an email to Hoosier Ag Today, saying, “Over years of positive and fruitful exchanges with the Congresswoman, we observed her unwavering and exemplary dedication and support for the development and welfare of her community. Her work touched the lives of many people for the better, including all of us at LDC, and she will be greatly missed. Our thoughts are with the families, friends and colleagues of Congresswoman Walorski, Ms. Thomson and Mr. Potts, during this very sad and difficult time.”

Indiana Farm Bureau vice president and American Soybean Association board member Kendell Culp from Rensselaer also worked closely with the late representative, in and around her district and in Washington D.C.

“She was an early riser,” he said. “She was always our first appointment, 7:30 out there she was in her office and it was such an uplifting experience when we talked to her. Of course, she started her Washington experience as a member of the House Agriculture Committee, so we had a lot to talk to her about.”

Culp says she went well beyond talking about important ag issues with farmers and representing them in the legislative process.

“It’s easy to agree and to say, ‘I’m for you, I’m going to vote for you,’” he explained. “But she was a cheerleader for Indiana and for agriculture and the members of her district. She was so passionate about that.”