Senator Young on Impact of Recent Legislation to Farmers 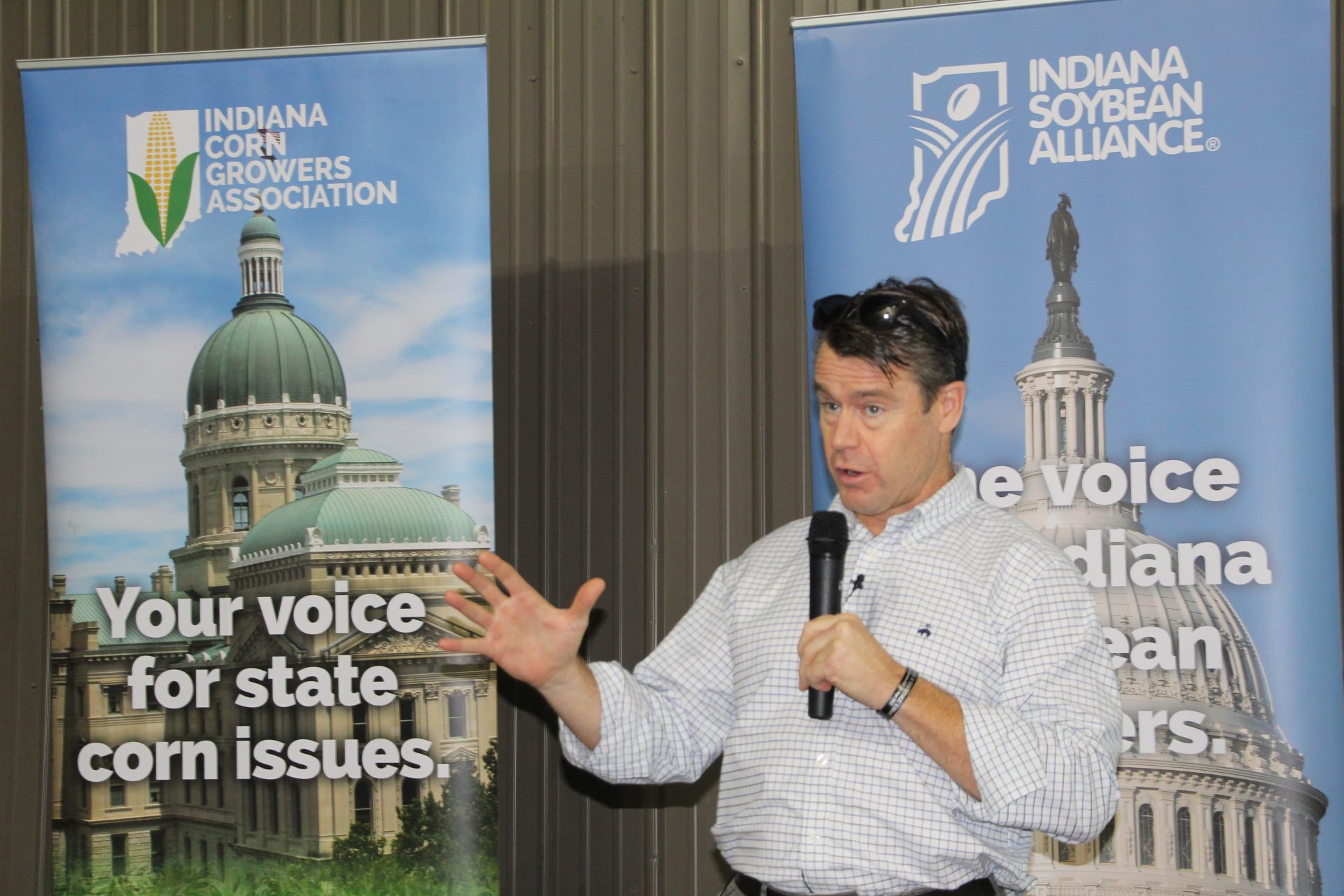 Speaking with farmers in Porter County Monday, Republican Senator Todd Young said there were some good pieces for agriculture in the recent Inflation Reduction Act passed by Congress. The legislation provides $19.5 billion for agricultural conservation. It would also add over $18 billion in additional funding for existing farm bill conservation programs. But that wasn’t enough for him to give a “Yay” vote.

“Independent analysis has shown that it wouldn’t do anything with respect to inflation,” said Young. “In fact, my reading of it is it could exacerbate inflation. Hoosiers aren’t begging for any bill right now, as we’re in a recession, that would increase taxes on people across all income groups which is what this would do.”

Young also discussed with Hoosier Ag Today the recently passed CHIPS and Science Act. He calls the bipartisan bill the most comprehensive, hardest-hitting legislation ever to pass as it relates to competing with China. The bill would, among other things, bring semiconductor chip processing back to the United States. The shortage of those chips has led to supply chain disruptions for automobiles and farm equipment.

“You know, it’s not often that our media gets a shout-out, but it was in Hoosier Ag Today that I read about how our farmers were struggling to keep operating their farm machinery in the absence of our own domestic supply of semiconductors. So, this is a very strong illustration about how, in order to run a modern economy, you have to have access to your own domestic supply of semiconductors during times of disruption like a global pandemic.”

The bill would also create federal tech hubs in areas that earn them around the country.

“Indiana is poised to land one of these tech hub designations which will lead to venture capital investment in our state, conceivably targeted towards ag life sciences which, of course, we have a lot of resident expertise in.”

This was Young’s second Shop Talk with the Indiana Corn Growers Association and Indiana Soybean Alliance. Consistent themes at each were inflation, the southern border, and labor.