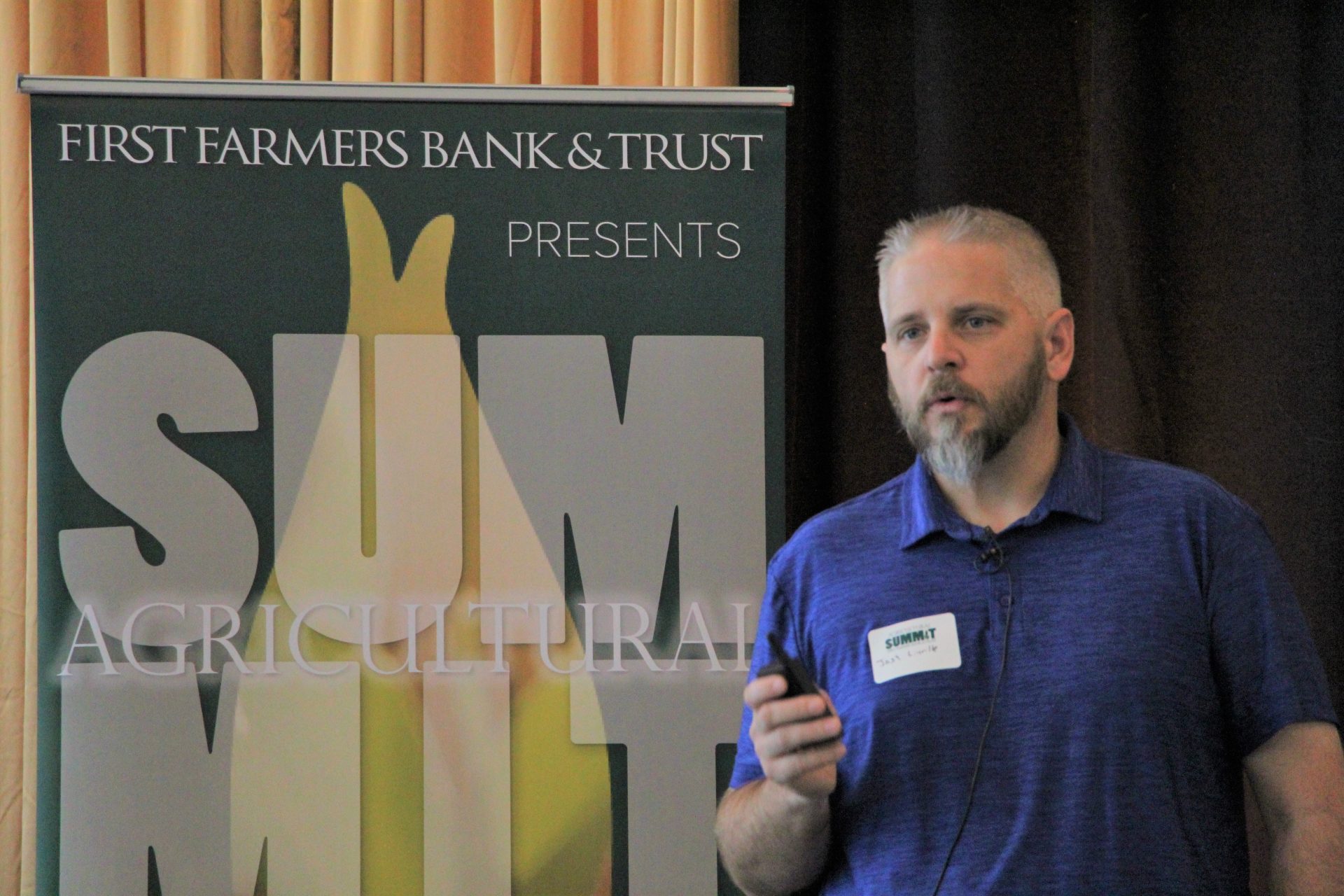 Farmers remain a bit uneasy about this upcoming growing season as rising input costs and product availability due to supply chain issues persist. This was proven in the Purdue Ag Economy Barometer released earlier this week. Fertilizer tops the list of concerns for growers.

“A lot of the supply and demand models we’re using for a lot of the products, show that we’re going to end the spring very, very low on inventories. A little bit of bumps in demand here and there can also make a very tight situation into a situation where we’re trying to divvy out product and it turns into the highest bid wins.”

Linville told a crowd at the First Farmers Bank & Trust Agricultural Summit on Purdue’s campus Wednesday that we are in a global market, and there are major concerns on the global stage for fertilizer supply and prices. Linville highlighted the tensions between Russia and Ukraine, saying if Russia invades it will be a big deal, and the impact on fertilizer depends on how the world reacts.

“The worst-case scenario is that we completely shut them down for export. When you look at it, they are a major exporter of nitrogen, phosphate, and potash. So, we’re going to lose major exports on all three products very quickly if we tell them, ‘Nope. You are not going to have a tonne that departs this country.’”

One thing that worries Linville more is from the nitrogen sector.

“When you look at how Putin has his finger on that natural gas pipeline going to Europe. Now, so far, the natural gas prices have gone significantly higher, and maybe cost of production higher, but they’ve been able to keep most of it online. But if Putin sits there and shuts it off as negotiation or as a war tactic, all of a sudden now you’re dealing with very, very tight supplies and governments have got decision. Do I give this to my people to heat their homes and cook their meals, or do I give it to a nitrogen plant to produce fertilizer? We know what the answer is, and we could lose a lot of production that way very, very quickly without even realizing it.”

Linville is even more concerned about the role China plays and the decisions that they will make.

“They’re a major exporter of phosphate and nitrogen. The government has that they were going to stop exports in order to keep the product home to make sure there’s enough for the Chinese farmer. This export ban was going to stay in place through June of ‘22. As long as they’re out of the market, the world is very tight on both products, more so on the phosphate than where they are on the nitrogen, but both of them feel an effect. Now, they can come out tomorrow and completely reverse, and they could start exporting heavily, and I wouldn’t blink an eye. They can change that quickly, but as long as they are out of the marketplace, the world is tight and the world is higher priced.”

Fertilizer prices went down recently, providing some hope that a downtrend was underway. Linville says those prices have since rebounded. You can hear more of my conversation with Linville in the full HAT interview below.

Linville was a speaker at the First Farmers Bank & Trust 2022 Agricultural Summit held at Purdue. FFBT Senior Vice President and Director of Communications & Public Relations Tade Powell told HAT the event has now been happening for 25 years and they enjoy putting the event on. This is not a sales pitch meeting.

“It really is focused more on the academic style of presentations. We’re not really interested in the salesmanship end of it. We certainly don’t talk banking…it’s informational, up-to-date data that producers will need immediately…We try and have something uplifting and inspirational about the industry. We really try and facilitate a broad, wide variety of topics. That has translated well to great attendance and viewership.”

With poor weather in West Lafayette on Wednesday, many opted for the opportunity to livestream the event via Walton Webcasting, though some did brave the winter storm to enjoy lunch and fellowship.

You can tune in to the event here.