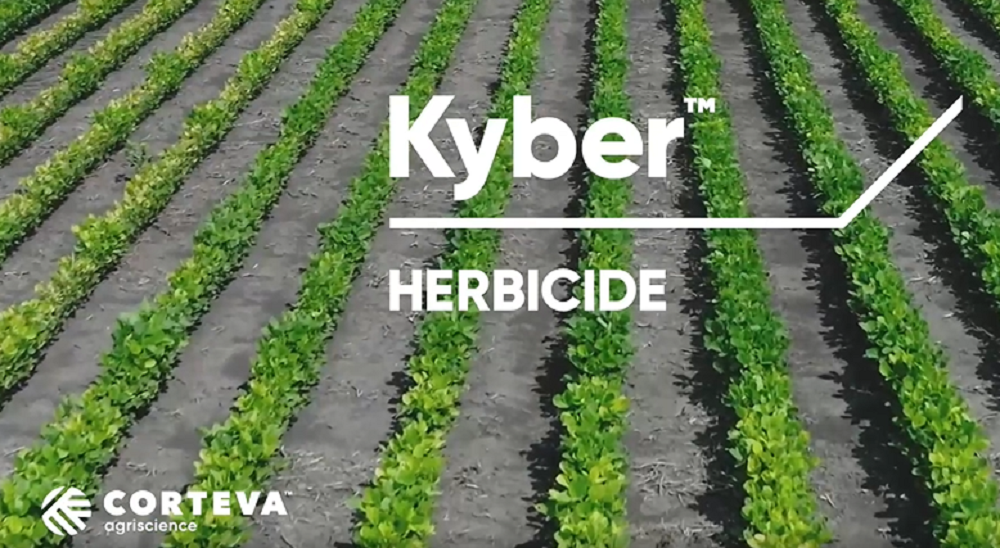 Many farmers are still seeking a good solution to fight tough weeds like waterhemp and Palmer Amaranth. Aaron Smith, Corteva’s US Product Manager for soybean herbicides, says a program approach is the best way to go.

“Whenever we talk about a program approach, you’ve heard me talk about it before, it’s really starting early with a burndown application or tillage if they’re doing tillage, and then putting a good, effective pre-emergent herbicide down, one that’s going to have multiple effective modes of action. That’s going to allow you to have long residual so that you can come in in-crop and do your overlapping residual in-crop applications. The idea is we want to have good field management because, ultimately, field management’s going to help us have better resistance management.”

Smith encourages farmers to give Kyber™ herbicide a try this season. Kyber™ is a preemergence herbicide that hit the market last year. It boasts three effective modes of action, including a group 15 active ingredient.

“For the second year we’re excited because of the adoption that farmers had with it in year one. We actually talked to several retailers and farmers who have told us in areas where they have problematic weeds, like waterhemp and Palmer Amaranth, that Kyber was, their words, ‘lights out’ on waterhemp. So, we talk about Kyber having 4 to 6 weeks of residual, and in some cases with good weather conditions longer than 6 weeks. They’re telling us that they experience that longer than 6 weeks. So, in areas where they have a lot of problematic weeds, retailers are telling us they’ve had great success in year one with Kyber.”

For season-long weed control after using Kyber™, Smith recommends coming back in-crop with an overlapping residual like EverpreX® or utilizing either Enlist One® or Enlist Duo® in the Enlist system.