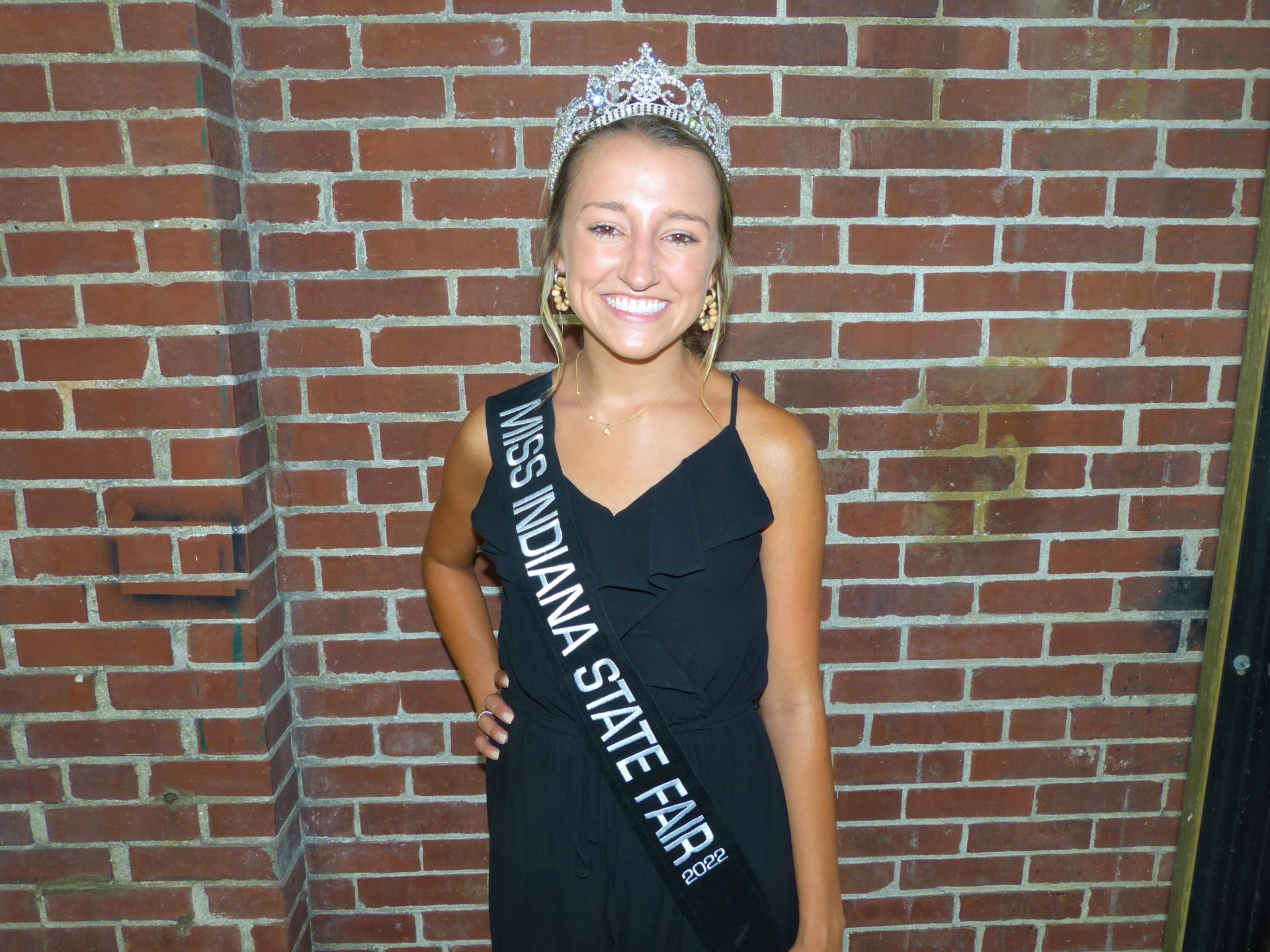 Miss Indiana State Fair 2022 Alyssa McKillip. The Wabash County native will be a junior this fall at Butler University studying psychology with plans on attending medical school and becoming either a pediatric oncologist or an OBGYN. Photo: C.J. Miller / Hoosier Ag Today.

“This was truly a dream of mine since I was just about four-feet tall to become the Indiana State Fair Queen,” says Alyssa as she proudly wears her tiara and sash while standing outside the West Pavilion among the 4-H kids and their prize-winning gilts and barrows.

Alyssa was Miss Wabash County in 2020, and after the COVID-19 pandemic cancelled the Indiana State Fair that same year, she was crowned State Fair Queen in April of this year.

She says it had always been a dream of hers to be an Indiana State Fair Queen and serve as ambassador for the fair.

“I remember how fondly I looked up to the Indiana State Fair Queen,” says Alyssa. “I just admired her. I had no idea what she represented when I was that little. All I knew was that she had a crown and she had a pretty dress, and that was enough for me at the time, but as I got to come to the State Fair more and more and show [for 4-H] and just experience the fair, I got to really understand what she represented. Then, to be able to have the honor to compete at the Indiana State Fair [Queen] pageant and become the title that I once dreamed of having was incredibly meaningful.”

Alyssa says her passion for both the Wabash County Fair and the Indiana State Fair grew from her involvement in 4-H.

“I was a ten-year swine showman,” says Alyssa. “I did many other 4-H projects, but swine was my favorite. [It was a] grand memory in my heart and I love watching these exhibitors [and] see their hard work pay off. It means so much to me and I know it means so much more to them.” 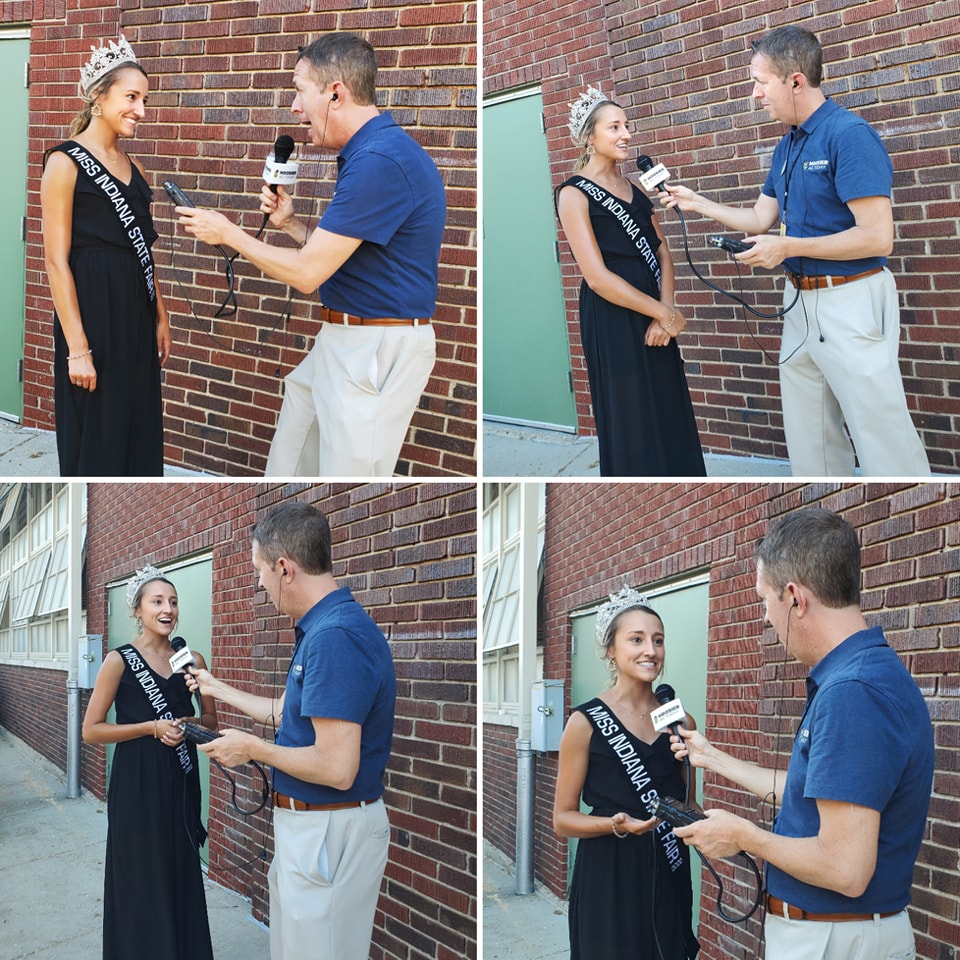 After a busy summer as Indiana State Fair Queen, Alyssa plans on continuing her path of becoming a medical doctor.

“I will return in the fall to Butler University. I’ll be a junior. I am studying to pursue my major in psychology, but I’m focusing [on] pre-medicine, so I will eventually go to medical school and I would love to pursue a career as a pediatric oncologist or an OBGYN.”

She says she has been drawn to pediatric medicine because she has a heart for helping others.

“There have been several [people] that have made a very significant impression on me, so [I plan] to take what I learned from this role as Miss Indiana State Fair and to apply it into my future as a physician,” says Alyssa.

Click BELOW to hear C.J. Miller’s feature on Alyssa McKillip and her path from Miss Wabash County 2020 to Indiana State Fair Queen 2022.

Click BELOW to hear the FULL interview with Indiana State Fair Queen Alyssa McKillip as she talks about her future plans of attending medical school and becoming either a pediatric oncologist or an obstetrician and gynecologist. 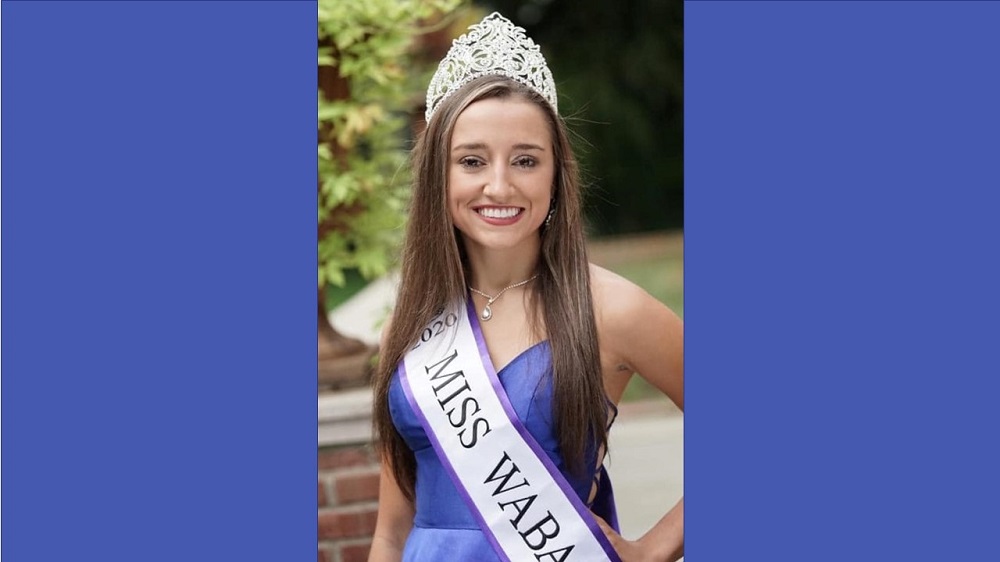 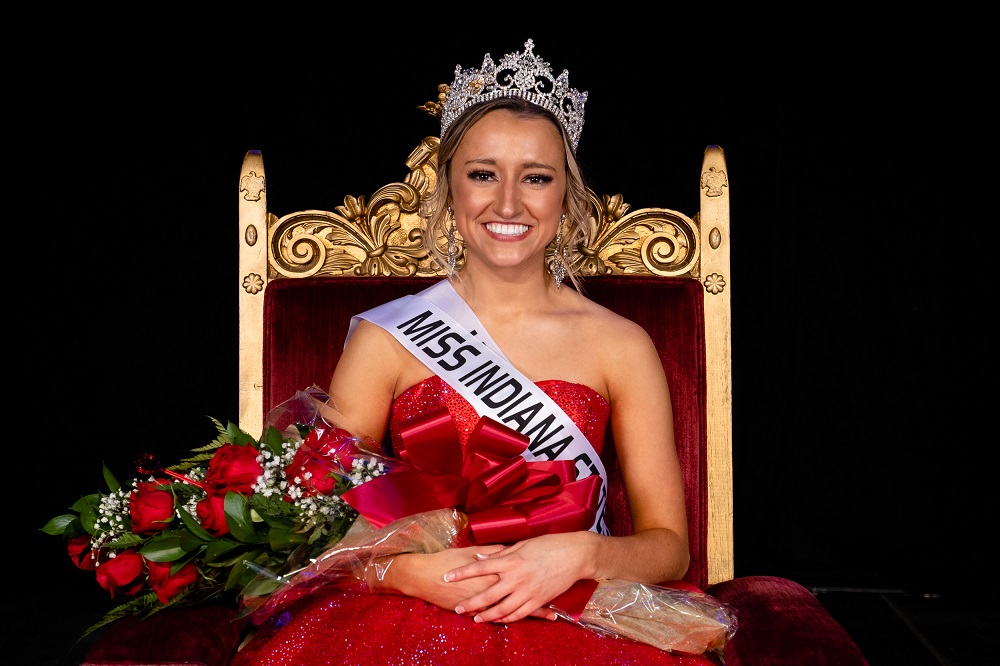