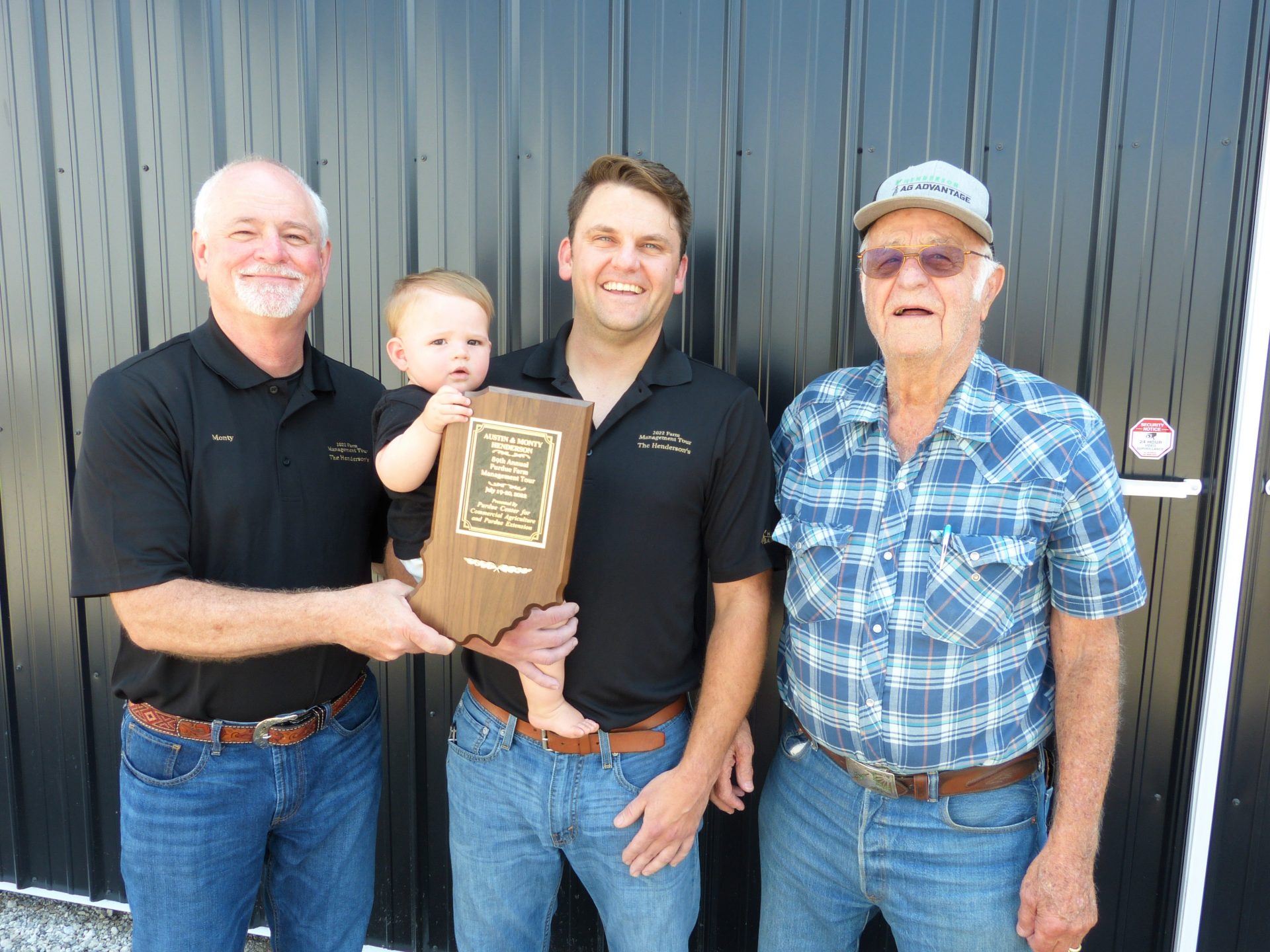 How do Indiana farmers and ag business owners make that successful transition from one generation to the next? One might look to Monty Henderson and his son Austin Henderson of Tipton County for one such example. They both own and operate M&K Henderson Family Farm.

The Henderson family hosted the Purdue Farm Management Tour on Tuesday at their farm near Sharpsville.

Monty Henderson is a fourth-generation farmer who also serves as State Director of the Indiana Small Business Development Center (SBDC) Agribusiness Initiative, which focuses on aiding the development and growth of farms and agribusinesses across the state.  Monty has been farming since 1981 and works with his son Austin, who is the fifth-generation of family farmers, to ensure the transition is a success.

“[Austin] comes back to me with questions that are intelligent [and] with opportunities that makes sense,” says Monty. “I’m slow to say yes on things, so he does have to convince me that if we need to go a certain direction and that he has to provide evidence that it’s an achievable goal or it’s a good investment to make for the farm,”

Austin shares why he thinks he and his dad have worked well together as business partners.

“We’re enough alike, and [so are] our personalities. We’re a lot alike, but we’re different enough that we balance each other out and make a really good team and it’s been lot of fun,” says Austin, who also owns Henderson Ag Advantage, which specializes in crop pesticides, crop nutrients, biologicals, and Pioneer seeds.

Monty also experienced that same father-son transition from his father Max, as the family hopes to one day eventually see Austin’s 11-month-old son Turner become the sixth-generation within the family to farm.

What advice does Monty have for Indiana farmers looking to partner with their sons and daughters in their family farm and eventually hand-off management decisions to their children?

“Make [your] child go and prove [himself or herself] under another environment,” says Monty. “That does two things. One, it just finds out how [badly] they really want this. The other thing is they bring home all that experience. They become successful as a person [on their own], which then translates to success on the farm.”