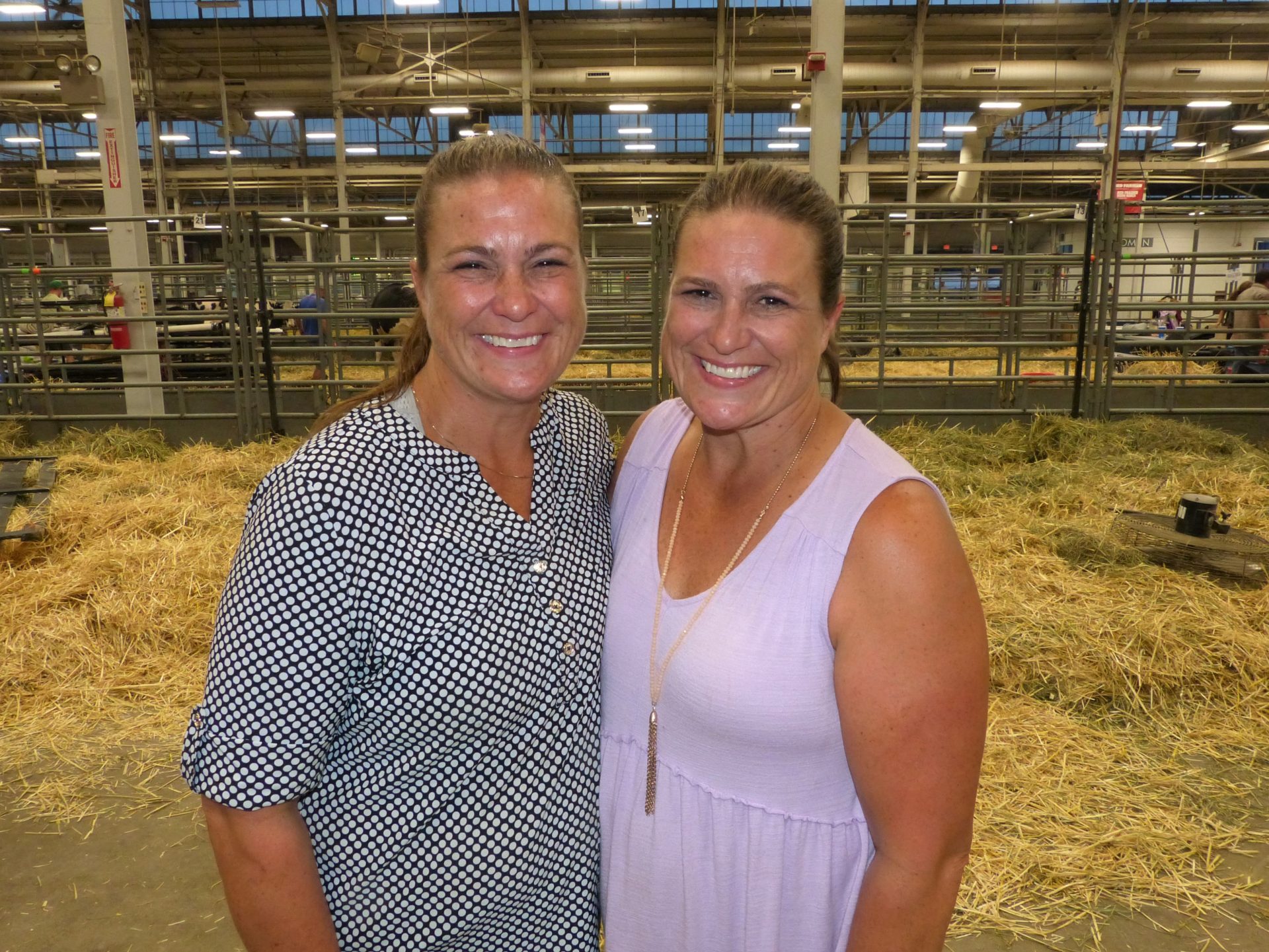 In farming, it’s always good to have family members you can bounce ideas with and share feedback.  In central Indiana, there are twin sisters who both have farms and share ideas to help one another. However, they’ve also shared a life-long competitive streak, especially when it comes to showing livestock.

“Even though we’re sisters, it’s still good to have that little competition, and yet, still have that friendship, too,” says Marla Stone, who has a lot in common with her identical twin sister, Carla Cole.

Marla and Carla grew up on a dairy farm in Bartholomew County and graduated from Hauser High School in Hope, Indiana in 1994.  The two have always found themselves in competition with each other.

“We both were actually in sales and marketing. After I had a couple of kids, I now have four, I really didn’t picture myself, or us, having that, but my husband also grew up on a dairy farm, so we thought that was important for the kids,” says Marla.  She and her family own and operate SilverStone Farm in Hancock County near New Palestine and show livestock.

Meanwhile, Carla and her family own and operate Hidden Creek Farm in Johnson County near Trafalgar and also show livestock.

Both Marla and Carla’s families were part of several livestock shows during the 2022 Indiana State Fair.

Does Carla still find herself competing with Marla?

“Oh, plenty!” Carla says with a laugh. “She mentioned she has four kids, I have four kids, too, because I couldn’t let her have more kids than me! We’re constantly competing, but like to help each other, too.” 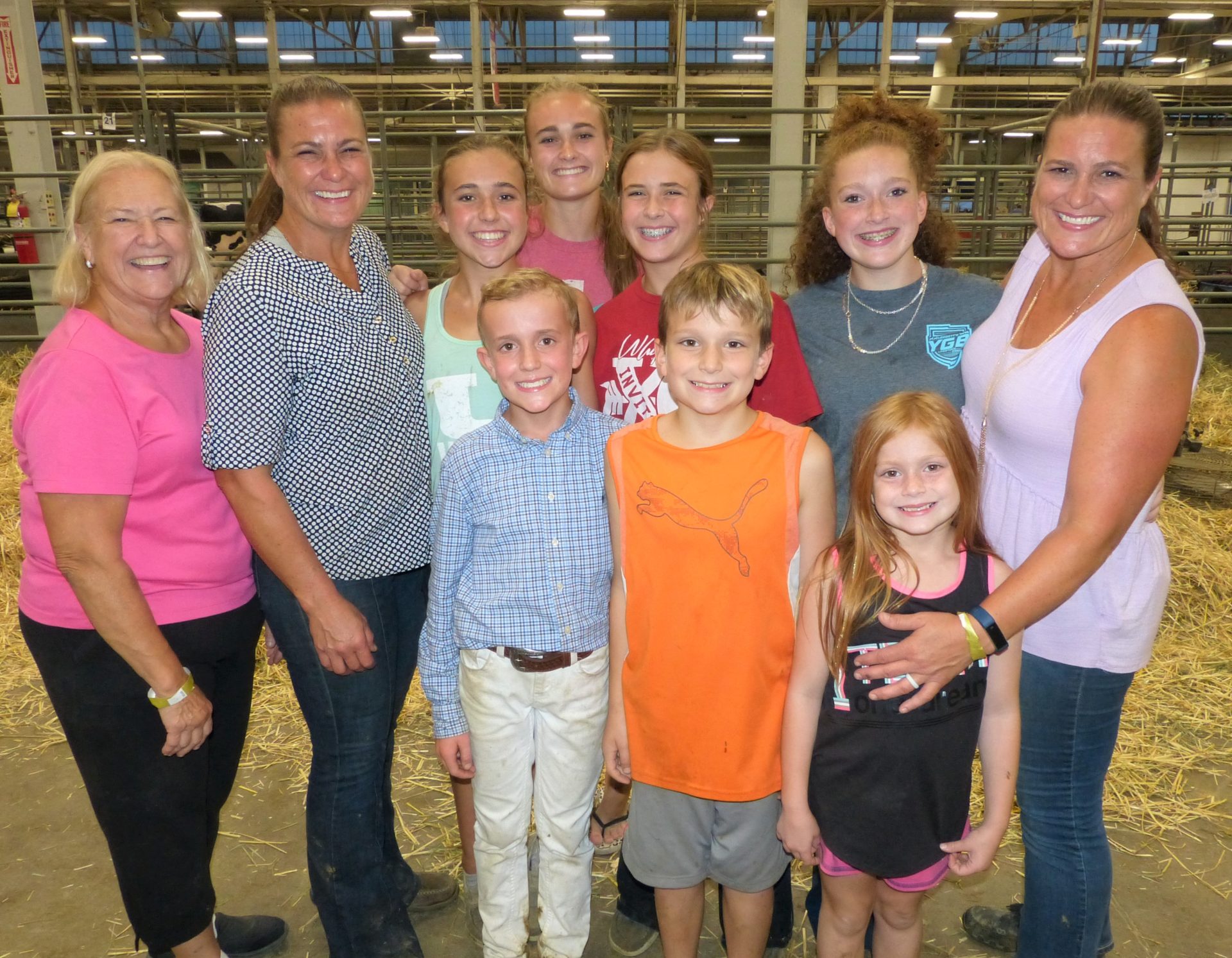 The Stone and Cole families pose for a photo inside the West Pavilion during the 2022 Indiana State Fair. Photo: C.J. Miller / Hoosier Ag Today.

Carla says being an identical twin has always had its ups and downs.

“The biggest thing growing up was having to share everything. When you share the same birthday, it’s kind of disappointing, but it’s also one of the nicest things because you constantly have a friend that you can share with.”

Marla says she and Carla look so much alike, people stop and talk to them not knowing which twin sister they’re chatting with.

“Sometimes we kind of play along,” says Marla, who admits to keeping up the charade if someone believes they are talking with Carla instead.

“When we come down to visit at [the Johnson County] Fair, people walk up to me and ask me about [Carla’s] kids, and if I know the information, I’ll share it with them,” Marla says.

Carla says she, Marla and all their kids show up at each other’s livestock shows and are each other’s biggest supporters and cheerleaders.

“We’re an hour away from each other, so it’s kind of hard to plan, but we do like doing things together and it’s neat to be able to have all the kids together competing, but also helping each other,” says Carla.

Marla says she and Carla also share feedback with each other when it comes to their farming operations.

“We call each other and either bounce ideas, or maybe ask what her opinion is, especially if we have a sick animal,” says Marla. “I think a little competition makes a person improve and challenges you to do better.”

Click BELOW to hear C.J. Miller’s news feature on Marla Stone and Carla Cole, and how their life-long competitive spirit has driven their success in farming. 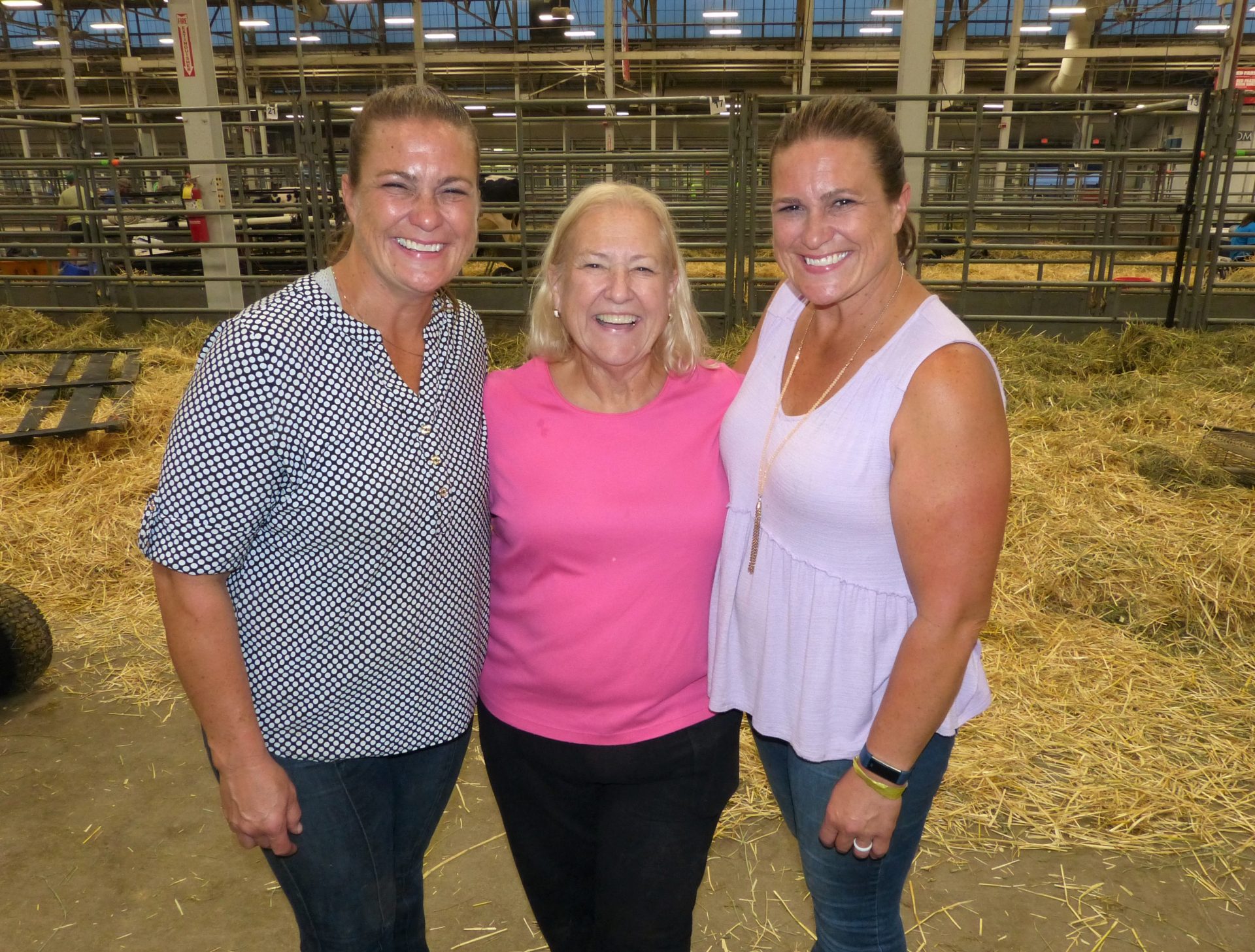