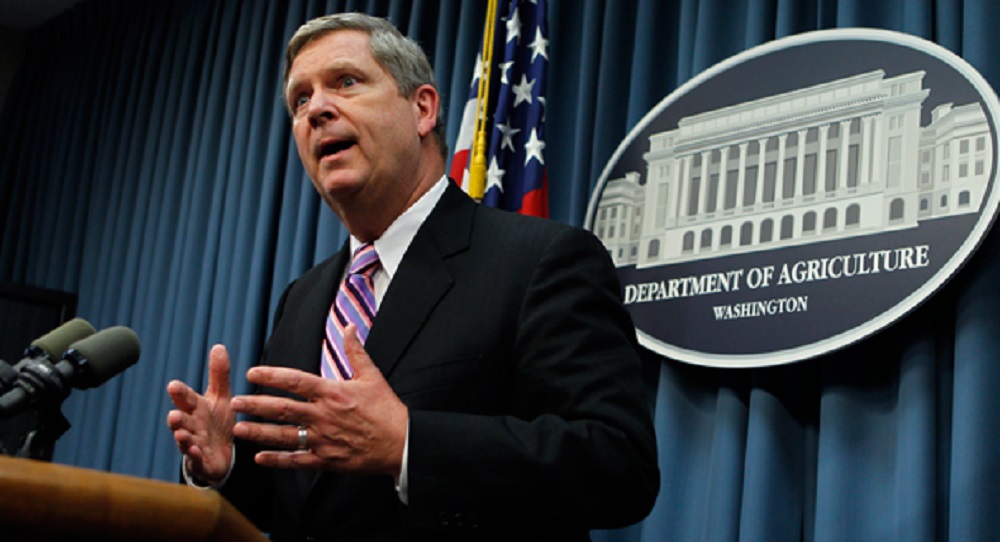 U.S. Secretary of Agriculture Tom Vilsack is traveling this week, promoting the Inflation Reduction Act that was passed by Democrats in the U.S. House and Senate and signed into law by President Biden.

“The bill also provides $500 million to build out the biofuel blender infrastructure necessary to continue to increase the utilization of higher blend biofuels, and also provide additional tax credits to spur the sustainable aviation biofuel industry. There’s a significant investment in rural electric cooperatives. The challenge there is to make sure that rural electric cooperatives have the resources to be able to convert to more renewable sources, this bill provides for $9.7 billion,” Vilsack says.

“This also provides additional support for the Renewable Energy for America Program to essentially provide additional grants and loans to 41,500 farms and businesses. So, a tremendous opportunity here, and it doesn’t stop there, an additional $5 billion is going to be invested under the inflation Reduction Act that allows us to continue to do a better job of managing our forests and reducing the risk of wildfire,” according to Vilsack.

Both of the U.S. Senators from Indiana, Sen. Todd Young and Sen. Mike Braun, voted against the bill and have spoken out on the amount of new spending that was in it.

In an interview earlier this week with Hoosier Ag Today’s Eric Pfeiffer, Sen. Young condemned the bill and the amount of federal spending that was in it.

During a visit with farmers in Porter County Monday, Republican Senator @ToddYoungIN discussed his recent vote on the Inflation Reduction Act, as well as current issues like microchips and labor.https://t.co/El1ylS5POD pic.twitter.com/RwerxCLUTs

“Independent analysis has shown that it wouldn’t do anything with respect to inflation,” said Young. “In fact, my reading of it is it could exacerbate inflation. Hoosiers aren’t begging for any bill right now, as we’re in a recession, that would increase taxes on people across all income groups which is what this would do.”

Higher fuel and fertilizer costs are some of the concerns that several Indiana farmers expressed to @SenatorBraun late last week. Braun was recently in Tippecanoe County to meet with farmers to get their feedback for the next federal farm bill. READ MORE: https://t.co/Suft1P1neH pic.twitter.com/4MLx0NFIA9